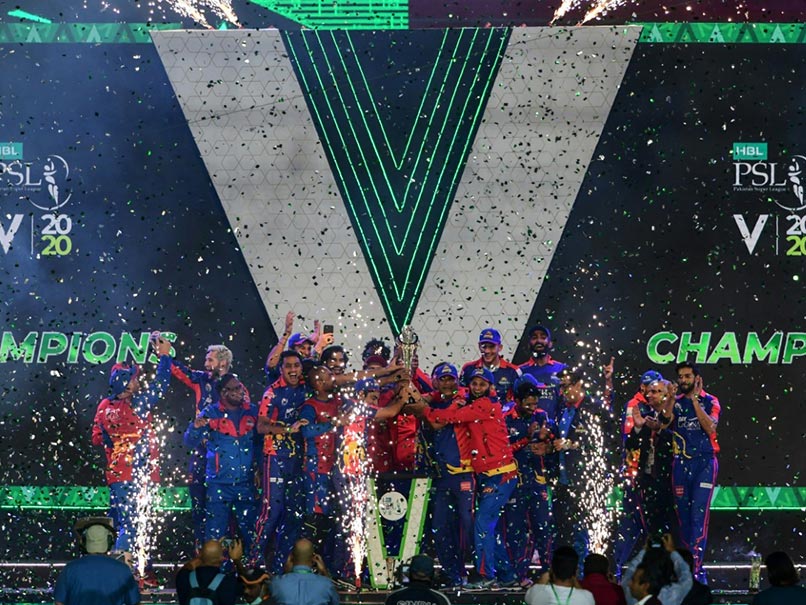 One of the world’s leading batsman, Babar Azam knocked a commanding half century to help the Karachi Kings win their first Pakistan Super League title with a five-wicket win over the Lahore Qalandars Tuesday. Azam smashed seven boundaries in his 49-ball 63, but it was skipper Imad Wasim who hit the winning boundary to help the Kings overhaul a modest 135-run target in 18.4 overs. The final — one of the most anticipated in the PSL’s short history, given the rivalry between Pakistan’s two biggest cities — failed to live up to the hype as Lahore managed just 134-7 after winning the toss and batting on a flat National Stadium pitch.

With Azam, the world number two batsman in Twenty20 international rankings, on Karachi’s side it proved an easy chase, despite losing three wickets from 110-2 to 124-5.

The fifth edition of Pakistan’s inaugural Twenty20 league started on February 20, but was abandoned after 30 of its 34 matches after England player Alex Hales, playing for Kings, reported symptoms of Covid-19.

It resumed on Saturday behind closed doors, with the Kings beating the Multan Sultans in the qualifier while Lahore downed Peshawar Zalmi and the Sultans in two eliminators to book a place in the final.

They lost both of them and Mohammad Hafeez in the space of seven deliveries with the addition of just two runs, spoiling a solid start.