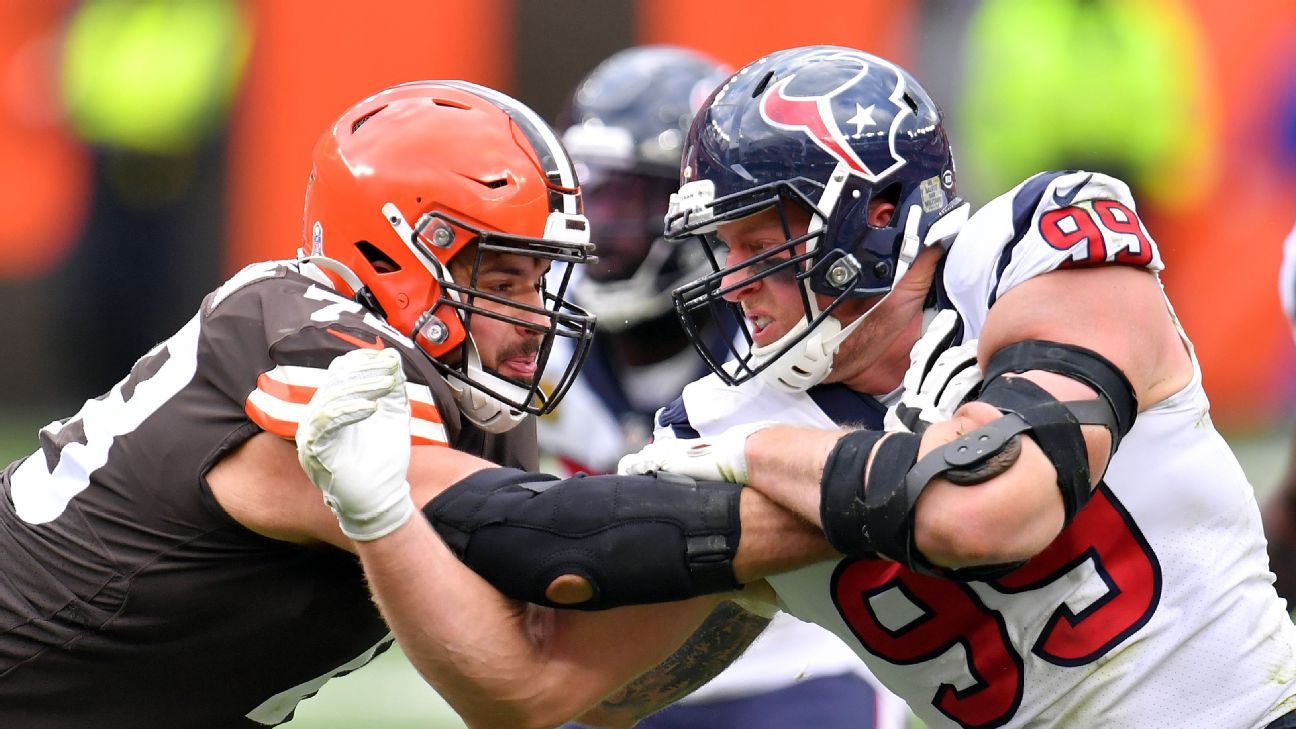 Kicker Cody Parkey and long-snapper Charley Hughlett were added to the list as well.

A source told ESPN that all three were identified as high-risk close contacts to an outside practitioner who tested positive. The Browns are hopeful that all three will be available for Sunday’s game against the Philadelphia Eagles if they continue to test negative this week.

Though the practice facility remains open, Cleveland is in the NFL’s intensive protocol and holding all meetings remotely.

Stefanski said defensive end Myles Garrett would not practice Wednesday after being sent home for feeling sick. Garrett leads the NFL with 9.5 sacks.