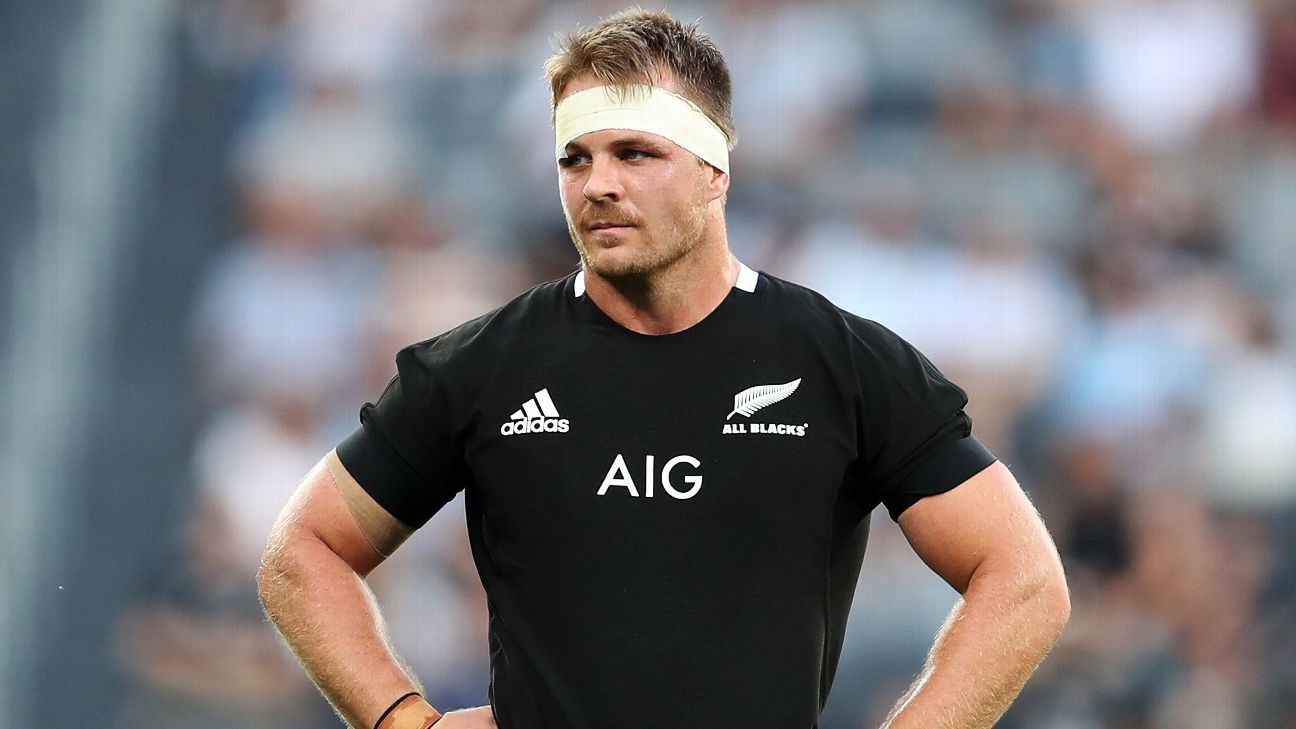 All Blacks captain Sam Cane has hit out at some of his team’s fans following the shock loss to Argentina last Saturday, saying some supporters have little idea of what they’re talking about.

The fallout from the three-time world champions’ 25-15 defeat in Sydney has shown no signs of slowing since Saturday’s result, with coach Ian Foster and Cane bearing the brunt of the criticism.

To make matter worse, the All Blacks have to wait a fortnight before they get another shot at Argentina, this time in Newcastle, meaning the pain of the defeat will linger as they await their chance at revenge.

But Cane, who replaced Kieran Read as All Blacks captain following the No. 8’s retirement, is doing his best to block out the chatter in the meantime, particularly those he says that lack validity.

“I think we’ve got amazing fans but we’ve also got some pretty brutal ones,” Cane told Sky Sport’s The Breakdown. “With that you’ve just got to remind yourself that, hey, they may like to think they know a lot about the game of rugby, but in reality they don’t really. And they may know the game from what they see in the 80 minutes but they don’t see a lot of stuff that goes behind the scenes.

“And to me, if I’m having my leadership questioned in the public, the people’s opinions who really matter to me are my teammates and the coaches who I work with every single day. And I’ve got a lot of confidence from them that we’re on the right track.”

While Cane’s leadership has been questioned in some quarters — specifically the fact the All Blacks were unable to change their game when what they were doing against the Pumas clearly wasn’t working — the skipper has otherwise been one of his side’s best first against Australia and then Argentina.

Foster, however, is seemingly under more pressure after he made the worst start as an All Blacks coach through five Tests in more than 70 years, and for the fact that four-time Super Rugby-winning boss Scott Robertson was for many the better choice as Steve Hansen’s replacement.

But Cane is right behind his coach, saying Foster had given the All Blacks a clear picture of what they needed to improve before they run out against the Pumas on Nov. 28.

“Personally I’ve been really impressed with[Foster], the way he’s stood up, he’s given us really clear focuses of what we need to get better at; it doesn’t feel like we’re bogged down and don’t have the answers,” Cane said.

“And a week’s a long time in sport – it was only two weeks ago and everyone was singing praises. It’s a shame we’re not actually playing this weekend. It’s been a big five or six weeks, to be fair, playing five Test matches in that time, but after coming off the game that we’ve had, our nature is we want to get back out there and put it right.”

As for where they had lost their way, first against Australia in Brisbane and then in the 10-point loss to the Pumas, Cane said a common theme had emerged.