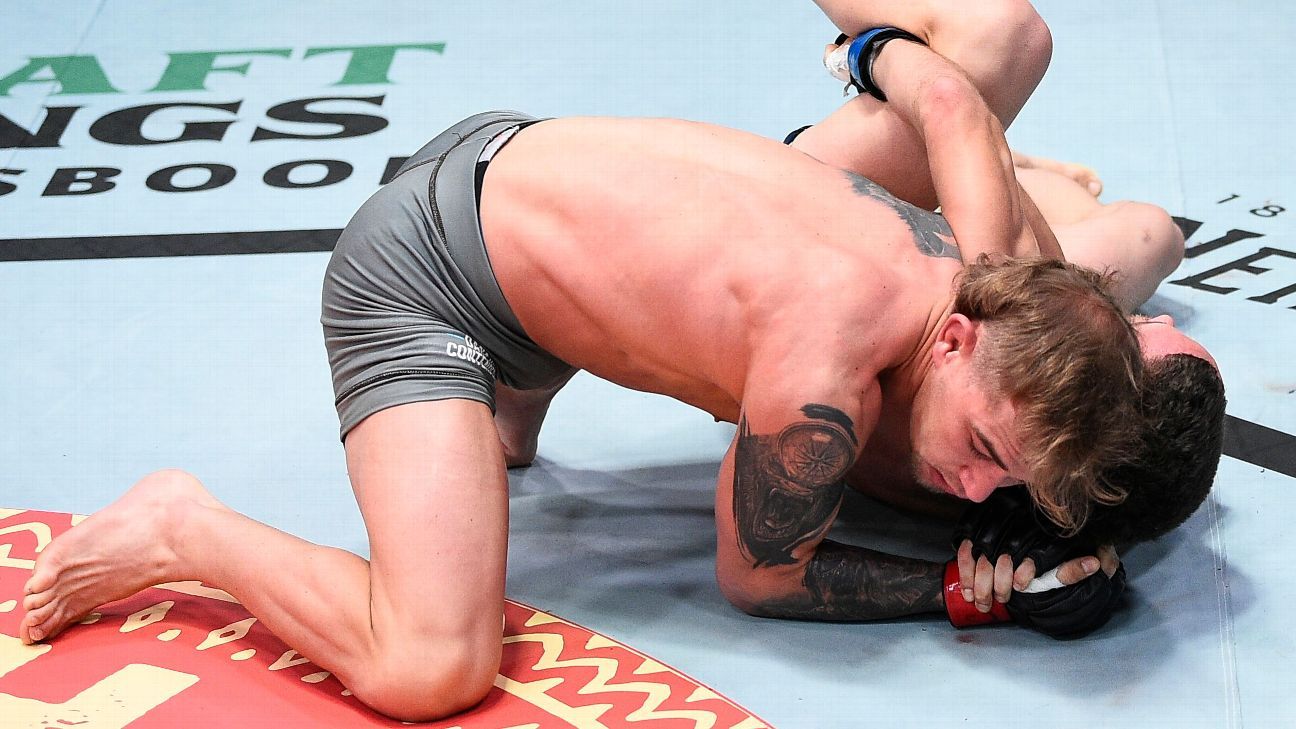 The fourth season of Dana White’s Contender Series came to a conclusion Tuesday, and saw the UFC add four more athletes to its active roster.

Men’s flyweight JP Buys (9-2), strawweight Gloria de Paula (5-2), lightweight Tucker Lutz (11-1) and women’s flyweight Victoria Leonardo (8-2) all signed with the UFC following their respective wins inside the Apex facility in Las Vegas. Two of them, de Paula and Lutz, managed to earn a contract despite going the distance in their bouts. Typically, White hones in on fighters who are able to secure a finish.

Both men’s and women’s flyweight titles will be on the line at UFC 255 on Saturday night. In the main event, Deiveson Figueiredo will make his first title defense against Alex Perez. Prior to that bout, women’s champ Valentina Shevchenko will take on Jennifer Maia.

The only winner from Tuesday who did not secure a contract was 22-year-old light heavyweight Nick Maximov (6-0), who stepped in to face Oscar Cota in a short-notice heavyweight bout. Maximov, a member of the Nick Diaz Academy in Stockton, California, easily outwrestled Cota en route to a unanimous decision — and was offered a slot on the UFC’s upcoming season of The Ultimate Fighter reality series.

“This kid is 22, he’s 6-0, he got transported to the hospital, I guess he was sick all day,” White said. “What I would like to do is offer him a slot on The Ultimate Fighter. I think it would be incredible for him.”

Tuesday’s signings bring the season total to 37 new athletes, shattering the previous record of 30 from the 2019 season.

Probably the biggest signing from Week 10 was Buys, who is married to UFC strawweight Cheyanne Buys. Both of them earned contracts on this season of DWCS. JP’s came under some controversy as he submitted Jacob Silva late in the first round, in part because of an officiating error. Referee Marc Goddard stopped the fight due to a guillotine, even though it was immediately clear Silva never went unconscious from the choke.

Still, it was Buys’ ninth finish in nine career wins. A native of South Africa, Buys fought on DWCS in 2017, but suffered a loss to Joby Sanchez. He has now won five in a row.

De Paula, of Brazil, defeated Pauline Macias via unanimous decision to earn her contract. Lutz, another contestant with former experience on DWCS, outpointed Sherrard Blackledge in a heavy grappling contest. Lutz has now won twice on DWCS. He defeated Chase Gibson on the show back in September.

Leonardo was the biggest surprise, as she finished 21-year-old prospect Chelsea Hackett via ground and pound at 4:41 of the second round. Hackett, a talented muay thai specialist, was favored in the bout, which Leonardo said motivated her prior to the fight.