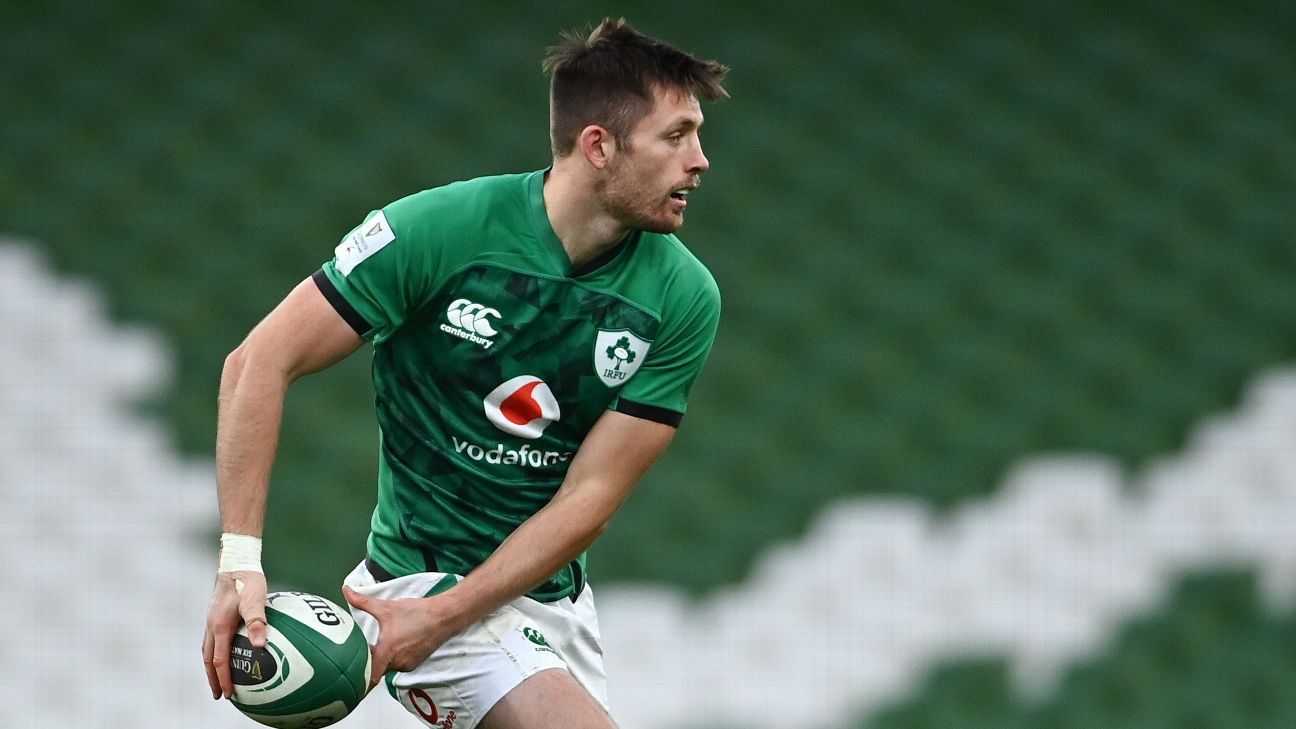 Johnny Sexton’s understudy at Leinster, Ross Byrne, will start in place of the injured Ireland captain in Saturday’s clash with England as coach Andy Farrell made four changes from his side’s opening Autumn Nations Cup win over Wales.

Byrne made his only Ireland start in last year’s World Cup warm up game in Twickenham when England humbled the visitors in a record 57-15 rout. He has won seven other caps off the bench, including February’s closer 24-12 defeat by the English.

The 25-year-old Leinster fly-half got the nod ahead of Billy Burns, the former England Under-20s fly-half who made his debut off the bench in place of the injured Sexton last week.

With Robbie Henshaw also out through injury, Bundee Aki returns to the centre to partner Chris Farrell while Keith Earls comes in on the wing in place of Munster team mate Andrew Conway. CJ Stander is also back at blindside flanker.

After impressing with his snappy service in the 32-9 victory over Wales, Jamison Gibson-Park retains his position at scrum-half to keep Conor Murray, a fixture at number nine for almost a decade, on the bench.

The team will be captained for the first time by 24-year-old Leinster lock James Ryan.