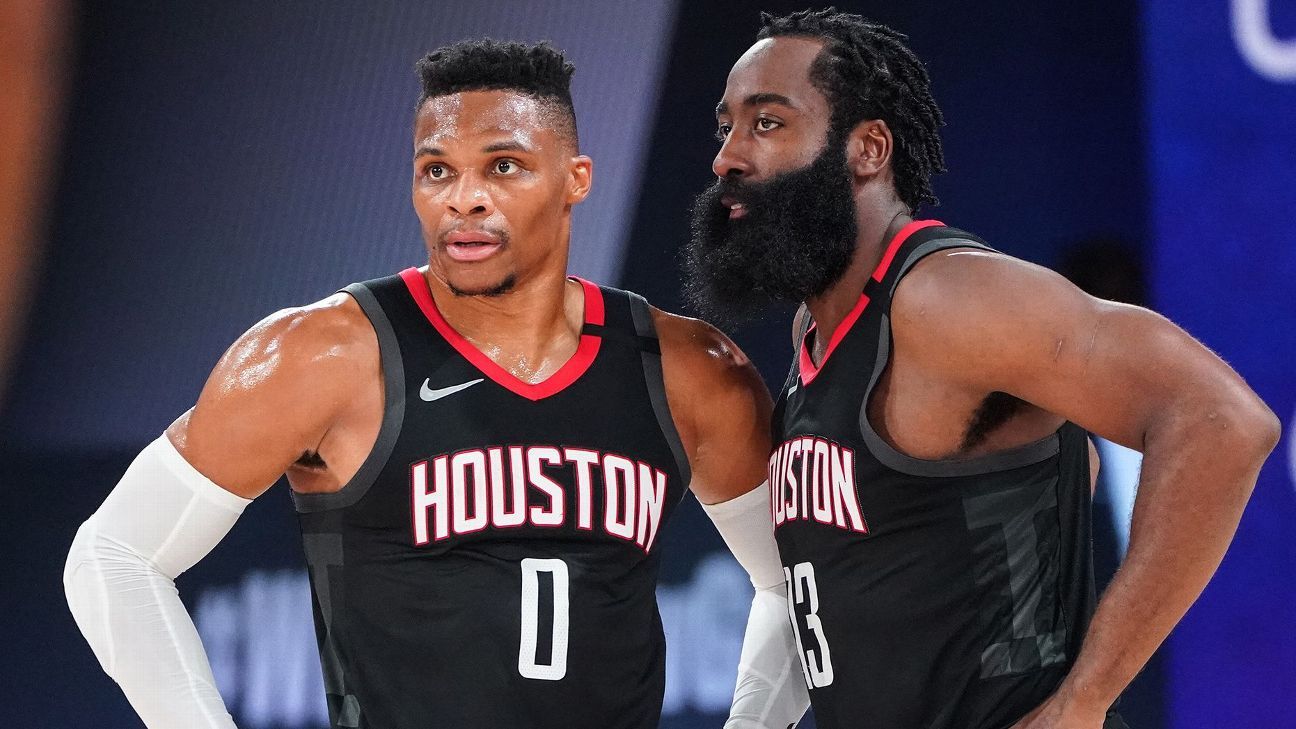 The Houston Rockets feel no pressure to trade James Harden or Russell Westbrook regardless of the superstars’ strong desire for fresh starts with different franchises and are “willing to get uncomfortable” as training camp opens and the season begins, sources told ESPN.

The Rockets front office, led by recently promoted general manager Rafael Stone, remains adamant that neither player will be traded unless a team meets their asking price.

The Rockets have no issue with going into training camp and the start of the season with Harden and Westbrook on the roster even if the superstars are unhappy with the situation.

A source confirmed that the Rockets and Washington Wizards have discussed a Westbrook-for-John Wall deal, as first reported by The Athletic, but Houston wants assets in addition to Wall, a former All-Star point guard who is coming off a ruptured Achilles tendon.

The Rockets consider time to be on their side due to both superstars being under contract for at least two more seasons. Harden and Westbrook both have $133 million over three years — including player options in the final season — remaining on their contracts.

The Rockets are demanding an especially steep return for Harden, a perennial MVP candidate who has led the NBA in scoring the last three seasons: a proven, young star as a centerpiece along with a massive picks package, according to sources. Houston does not feel obligated to deliver Harden to the Brooklyn Nets, his preferred destination, sources said.

The Rockets also understand that Westbrook, whom Houston gave up Chris Paul, two first-round picks and two pick swaps to get last summer at Harden’s urging, would not command the same type of trade return as Harden. However, Houston is unwilling to deal Westbrook without receiving assets such as young talent or first-round picks.

Houston is hesitant to sell low on Westbrook, a third-team All-NBA selection last season who struggled during the NBA’s restart in the bubble, when he was working his way into shape after recovering from coronavirus and strained his right quadriceps, causing him to miss several games and play injured during the playoffs.

The Rockets believe the 32-year-old Westbrook — who averaged 31.5 points, 7.9 rebounds and 6.8 assists while shooting 52.6% from the floor over two and half months before the pandemic halted the season — can restore his value with a strong start to the season, sources said. They have no concerns that unhappiness could impact the effort of Westbrook, who has a reputation as one of the league’s most relentless competitors.

In the meantime, the Rockets have already begun stockpiling assets that can help the franchise in the future after the eventual departure of both superstars.

The Rockets agreed Monday night to trade forward Robert Covington to the Portland Trail Blazers for the No. 16 pick in Wednesday’s draft, a future first-round pick and forward Trevor Ariza, a veteran who can contribute if Houston is competitive this season or be a valuable trade chip as an expiring contract.

Sources said the Rockets also hope to buy a pick — either late in the first round or early in the second round — in Wednesday’s draft.