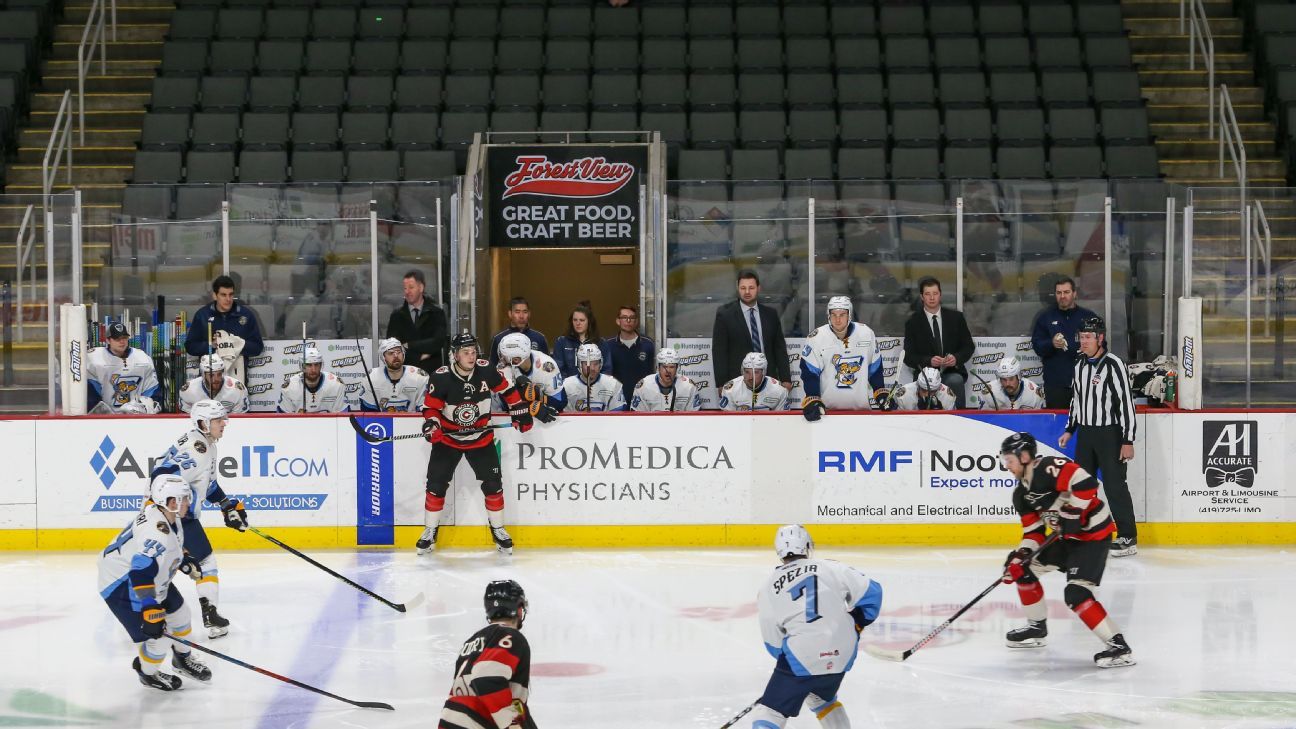 The ECHL’s entire North Division has elected to voluntarily suspend operations for the 2020-21 season due to the economic impact of the COVID-19 pandemic, sources confirm to ESPN.

The opt-outs leave the ECHL with 18 teams scheduled to play this season. The Atlanta Gladiators, an affiliate of the Boston Bruins, and the independent Norfolk Admirals previously opted out of the season.

Players on teams that voluntarily opt out become free agents. As of October, the league and the Professional Hockey Players Association were still working on what that free agency means for the 2021-22 and their potential return to the teams that opted out but come back to the league.

The ECHL regular season is scheduled to begin on Dec. 11. The league created a two-tier schedule, with 13 teams starting in December with a 72-game schedule and the other remaining teams starting on Jan. 15 with a 62-game schedule “upon jurisdictional approval.” The playoffs would be seeded by points percentage.

The league tried to give the maximum number of teams the chance to play this season, but rising COVID-19 cases and an increase in local regulations made it difficult for the North Division teams to commit to the 2020-21 season.

“We’ve tried to lay out the options for all our teams so that each team can make their own decision. It’s certainly not normal protocol. But we want to get back to hockey. Every jurisdiction is a little bit different, and so providing our teams options seemed to be the best solution,” commissioner Ryan Crelin told ESPN last month.