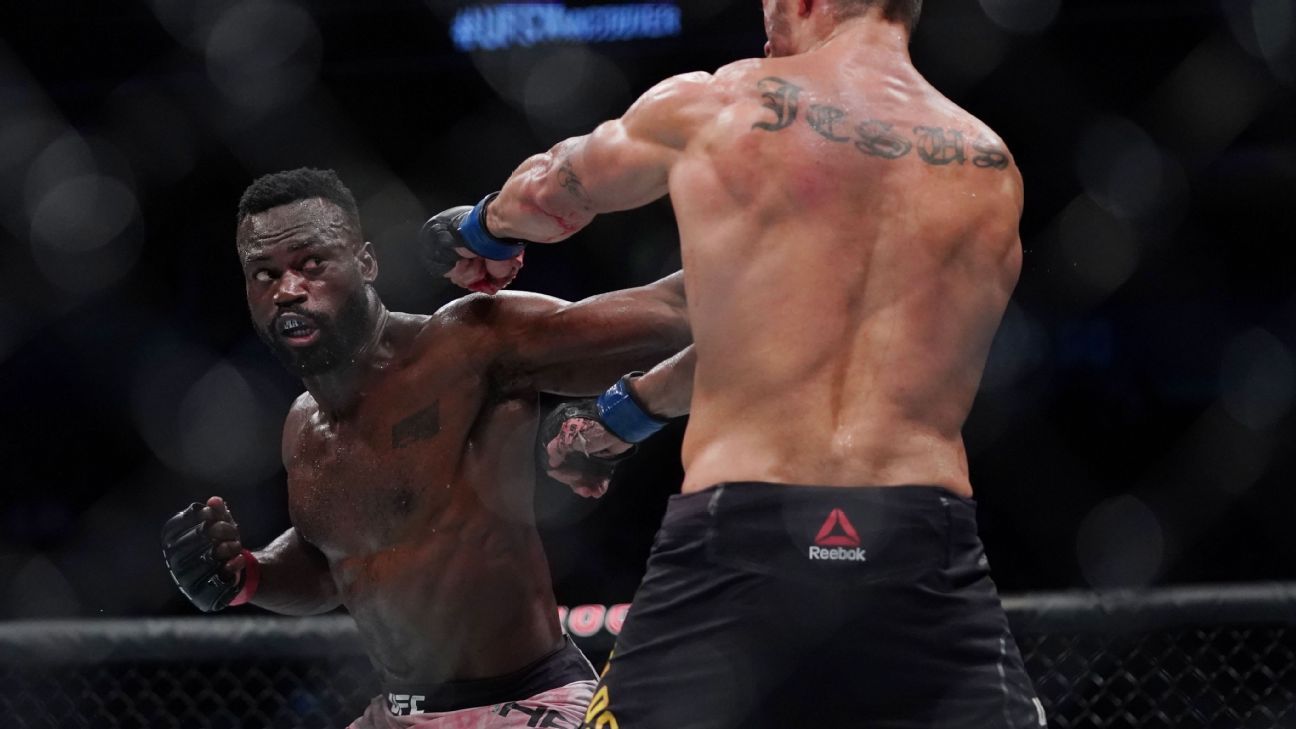 Chris Weidman and Uriah Hall are going to run it back more than 10 years after their first meeting.

Weidman vs. Hall 2 has been verbally agreed to for UFC 258 on Feb. 13, 2021, multiple sources told ESPN. The fight hasn’t been signed yet, sources said.

The duo first met in September 2010 for the Ring of Combat middleweight title in what was Weidman’s third pro fight and Hall’s fifth. On that night, Weidman handed Hall his first loss when he defeated him via first-round TKO to win the ROC middleweight title.

Since then, Weidman went on to become a UFC middleweight champion, while Hall has yet to fight for the richest prize in MMA. However, the Jamaican-born Hall has been streaking as of late, winning his last three in a row, including a victory over former middleweight king Anderson Silva last month.

Weidman snapped a two-fight losing streak in August he beat Omari Akhmedov via unanimous decision. He entered that fight losing five of his past six fights.

The promotion has yet to finalize a main event or location for what would be its second pay-per-view card of 2021.