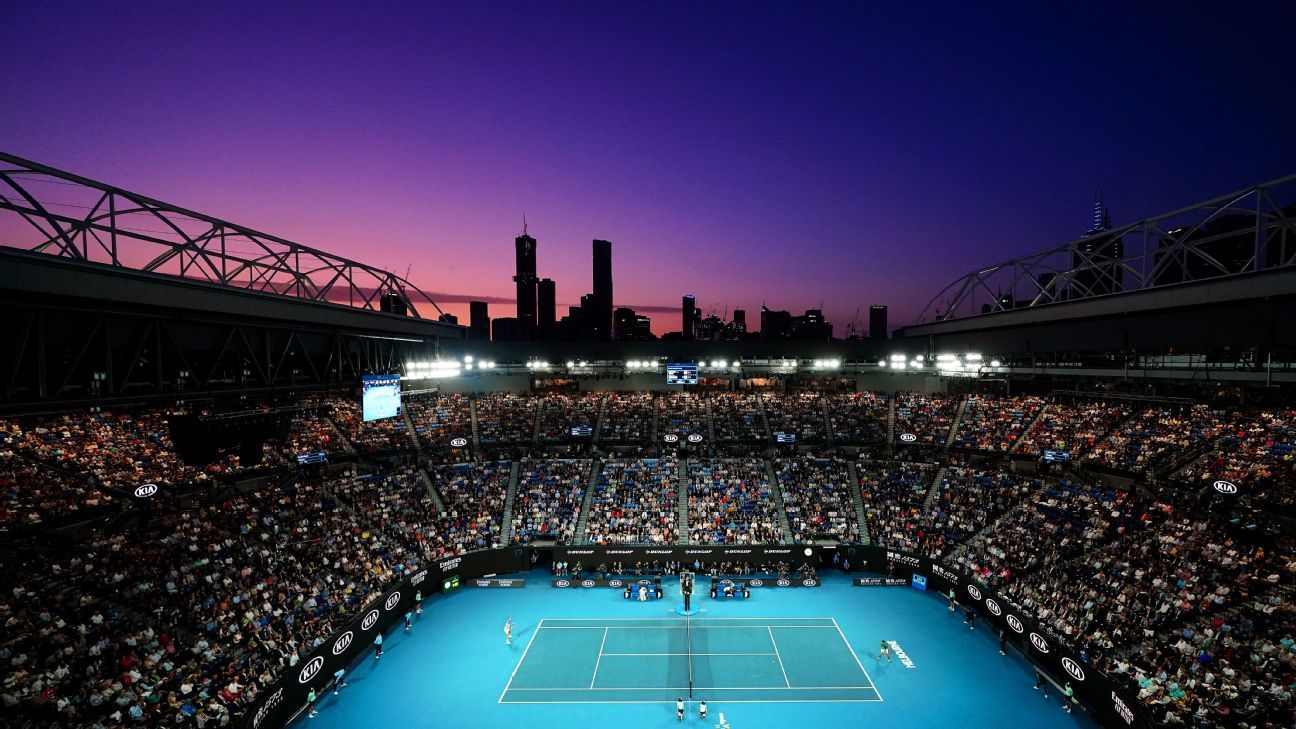 Daniel Andrews, the state’s top lawmaker, on Monday had cast doubts over planning for the season’s first tennis Grand Slam tournament which is scheduled for Jan. 18-31 at Melbourne Park.

Tennis Australia has been hoping for several months that the Victorian and Australian governments would approve a plan for players to start arriving in mid-December and to quarantine in a special training hub with their restricted entourages.

When tennis organizers announced earlier in the week that all regional tune-up tournaments would be moved to Victoria, rather than spread around other Australian capital cities as usual, Andrews reacted by saying that the revised plans were “not a done deal.”

The ATP, the international men’s tennis tour, later issued a memo to its players.

“In discussions with Tennis Australia over the past 24 hours, we have been informed there are some new challenges around the previously planned arrival dates for players and team members,” the ATP said. “We continue to work with Tennis Australia on confirming plans for January, and we will provide an update as soon as more information is available in the coming days.”

Andrews on Wednesday reiterated his earlier comments on the difficulty of holding the Australian Open in Melbourne.

The Tennis Australia decision to move all events, including the ATP Cup, to Victoria was aimed at avoiding the potential for players being stranded interstate in the event of sudden domestic border closures.

Andrews’ government was in the forefront of a second wave of COVID-19 deaths in his state which saw lengthy lockdowns for Melbourne residents. He received much criticism for enforcing curfews and a strict lockdown, but the restrictions eventually worked.

Victoria hasn’t recorded any deaths or new cases of COVID-19 for 19 days. The state accounts for 819 of the 907 people who have died from the virus across Australia.

Some professional sports competitions in Australia, including the National Rugby League, the Australian Football League, Super Rugby and soccer’s A-League, went ahead after an initial lockdown in March with some players living and playing in bio-secure hubs.

The Australian Open plans are similar to the buildup for the U.S. Open, the first of the tennis majors held after the global sports shutdown, when the Cincinnati tournament was moved to New York ahead of the Grand Slam.

Australian Open organizers are hoping the Victoria state government will allow spectators at Melbourne Park for the Open. At this stage, the state government is allowing a crowd of up to 25% capacity at the 100,000-seat Melbourne Cricket Ground for the Australia vs. India cricket test starting on Dec. 26.

“We want the event to happen, just like the (cricket),” Andrews said on Monday. “But the thing about the cricket compared to the tennis is it’s a tiny group of people (who) we think we can quarantine.”

The Australian Open, he said, “is a massive event, it’s an event that all of us love … but it comes at a time when the rest of the world is on fire.”