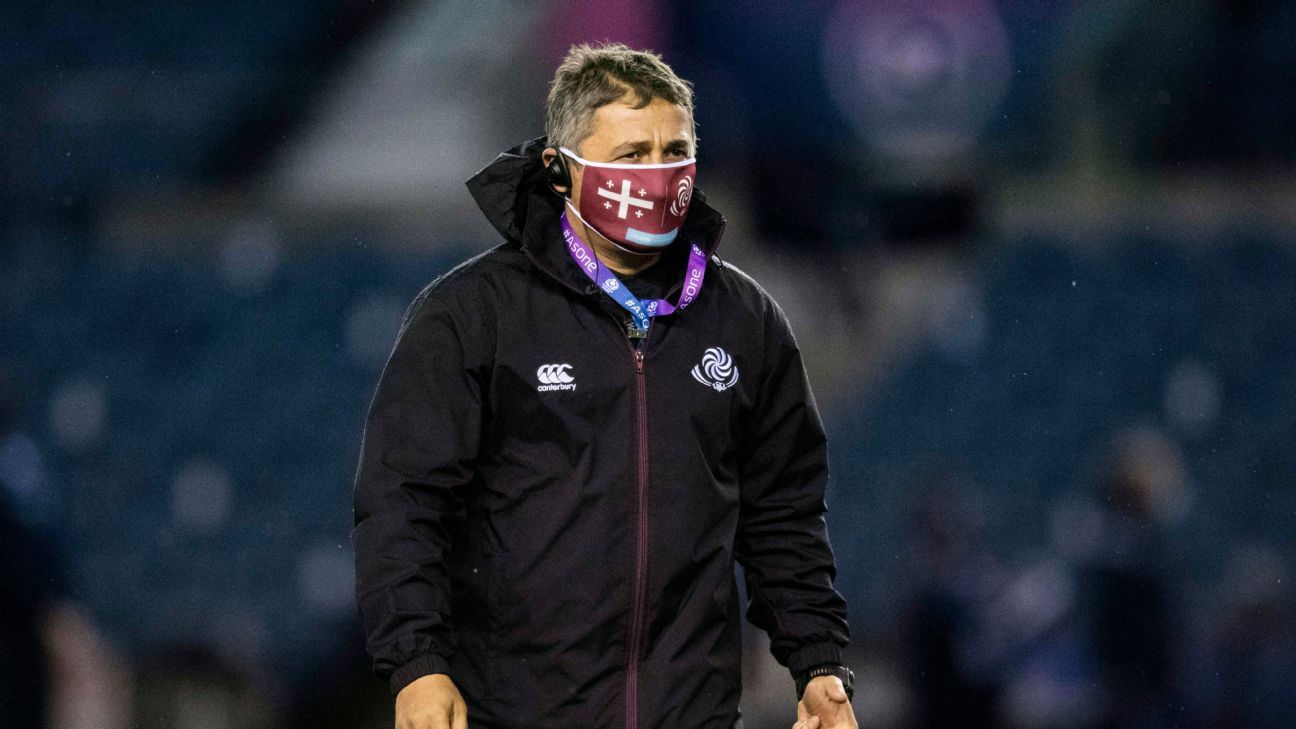 Georgia coach Levan Maisashvili has named a new half-back pairing to face Wales in their Autumn Nations Cup fixture in Llanelli on Saturday in a major change to the side that was trounced 40-0 by England last weekend.

The experienced Vasil Lobzhanidze comes in at scrumhalf to partner Tedo Abzhandadze in the fly-half berth as Maisashvili seeks more control in the pivot position.

Captain Merab Sharikadze is at centre along with Giorgi Kveseladze, while Sandro Todua moves from the bench to the left-wing.

Jaba Bregvadze, who has Super Rugby experience with Japanese side the Sunwolves, comes into the team at hooker to partner Mikheil Nariashvili and Beka Gigashvili in the front row.

The trio have 138 caps between them, but this is just the second time they will start together.

Kote Mikautadze and Grigor Kerdikoshvili are at lock, with the back row made up of Otar Giorgadze, Beka Saghinadze and No. 8 Beka Gorgadze.

Georgia have lost both previous matches to Wales, including a 43-14 defeat in Toyota at the Rugby World Cup last year.