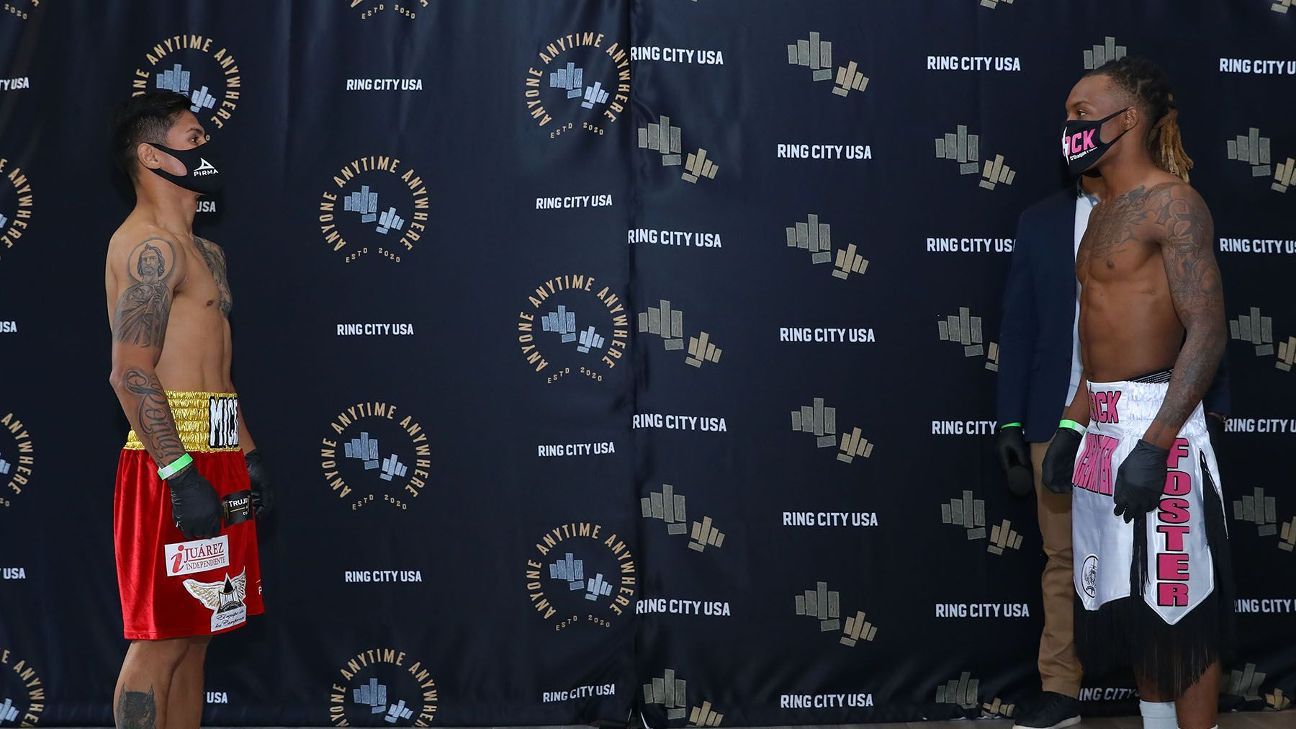 The most important thing that happens in boxing in 2020 might be what occurs inside the Wild Card Boxing Club in Hollywood, California, on Thursday night.

The fabled gym founded by Freddie Roach and occupied by many boxing greats over the years, including Manny Pacquiao, will host the first three installments of “Ring City USA,” a new venture by NBC Sports Network.

The concept is pretty simple — competitive matchmaking on a budget that isn’t driven by promoter agendas, offering unheralded fighters a platform. But the implications of what the upstart outfit is trying to do is far more complex.

What Ring City is attempting isn’t new and is also the focus of ShoBox: The new generation on Showtime. But it comes at a time when the sport’s middle class has become virtually nonexistent, which poses a lurking problem for boxing as a whole as it heads into an uncertain future. At a time where club-level fights are hard to find in the midst of skyrocketing costs related to the pandemic, if Ring City can defy the odds and become successful, it could help replenish a space in the marketplace that has steadily disappeared.

“COVID-19 has put a lot of club promoters maybe out of business forever,” Fight Club OC owner Roy Englebrecht told ESPN’s Marc Raimondi this summer. “At our level, without any TV money or livestreaming money coming in, when you have to make it off of ticket sales and fighter ticket sales and sponsorships … it’s tough to cover your show expenses.”

Thursday’s Ring City main event, which features junior lightweight O’Shaquie Foster (17-2, 10 KOs) and Miguel “Mickey” Roman (62-13, 47 KOs), is a prime example of how much an opportunity like this could mean for all involved.

“Ring City was a life saver for O’Shaquie right at this moment in time,” said Lou DiBella, Foster’s promoter. “And to some extent, for me also, because I think O’Shaquie is a future world champion. And I needed to get this kind of fight. But I was being deprived of it by the non-competitive environment.”

DiBella struggled to find Foster an opponent despite believing he might be one of the top 130-pound fighters in the division. Ring City, which has no promotional restrictions, gave Foster an outlet to gain some exposure and make a case to potentially contend for a junior lightweight title.

Foster and DiBella occupy a niche in the marketplace that doesn’t really exist in the modern boxing landscape. In the middle of the 20th century, the pool of club fighters dwindled because of the advent of television. Over the years, that level of the sport was replaced by mid-week televised cards featuring prospects and fringe contenders, such as USA Network’s “Tuesday Night Fights” and ESPN’s “Friday Night Fights.”

But those also became extinct as the industry shifted towards focusing on exclusive deals with the biggest promotional companies — Premier Boxing Champions linking up with Showtime/Fox, Top Rank and ESPN, and Matchroom/Golden Boy with DAZN.

The result was top-heavy widely-broadcast cards that, with the occasional exception, didn’t offer much competition for boxing’s biggest stars. Opportunities were limited for fighters trying to work their way up.

When Evan Rutkowski, who worked in marketing at HBO before moving on to a digital startup and now Ring City, hosted his podcast, he noticed how the trend was starting to affect the sport. At the end of each episode, Rutkowski referenced the betting lines for the main event bouts and noted how it was rare to see odds as low as 5-to-1, which is the equivalent of an 83.3% win probability for the favorite.

“It corrodes everything because… if you’re not putting on competitive fights week after week, you just have people waiting for the big stars [to fight],” Rutkowski said. “Ultimately if you’re not going to put on a competitive product, your ratings are going to suffer. There’s a ripple effect that goes throughout the whole universe.”

That’s where Rutkowski saw an opportunity and he, Kurt Emhoff and Sam Katkovski will be the ones working to set up the best bouts.

“We want to establish a brand that puts on competitive fights,” Rutkowski said. “I think there’s lots of opportunities in the marketplace to capitalize on.”

As of now, Ring City is scheduled for 14 cards in 2021. If COVID-19 restrictions allow, the plan is to attempt to host shows in places such as Miami, Pittsburgh or Philadelphia to make entertaining cards more accessible to fans.

What Ring City is banking on, more than anything, is that fans just want to see great competition, even if they don’t know much about who is actually in the ring. The fighters on Ring City won’t be household names, but they can fight. Promoters are not bound to Ring City in the long-term, but Rutkowski says the company hopes that its fighters earn big paychecks elsewhere, which would ultimately bolster Ring City’s reputation in return.

While it remains to be seen if that will be enough to keep it afloat long term, it will give more fighters a chance at gaining exposure and experience as they try to advance their careers.

Shawn Porter, ESPN’s No. 4 welterweight, cut his teeth on Friday Night Fights early on in his career. Now he is part of the Ring City broadcast team. He believes the competitive fights and the fighters who are willing to take them have a unique opportunity as part of this new endeavor.

“These fighters don’t recognize they’re just as much an entertainer as they are a champion or someone trying to go for a championship,” Porter said. “They’re more considerate of protecting that zero, protecting that record and doing whatever it takes to win a fight, but not being willing to lay it all out there in the ring in order to win the fight.”

If Ring City is ultimately successful, it could be a lifeline for boxing in any number of ways, from young, hungry fighters to bigger promotions looking to scope out some diamonds in the rough. Whether they have just a few fights and “that zero”, or are trying to fight their way up the ladder after some setbacks, each fighter’s drive should make for some wildly entertaining fights at relatively low-stakes.

“It’s giving guys a reason to continue fighting,” Porter said. “The best part about it is you have guys who may have a couple of losses, maybe even four or five, but at those points in their careers, where they had losses, they [haven’t]… been able to reach their potential.

“Now they’re being given another opportunity to reach that potential. And I love it.”