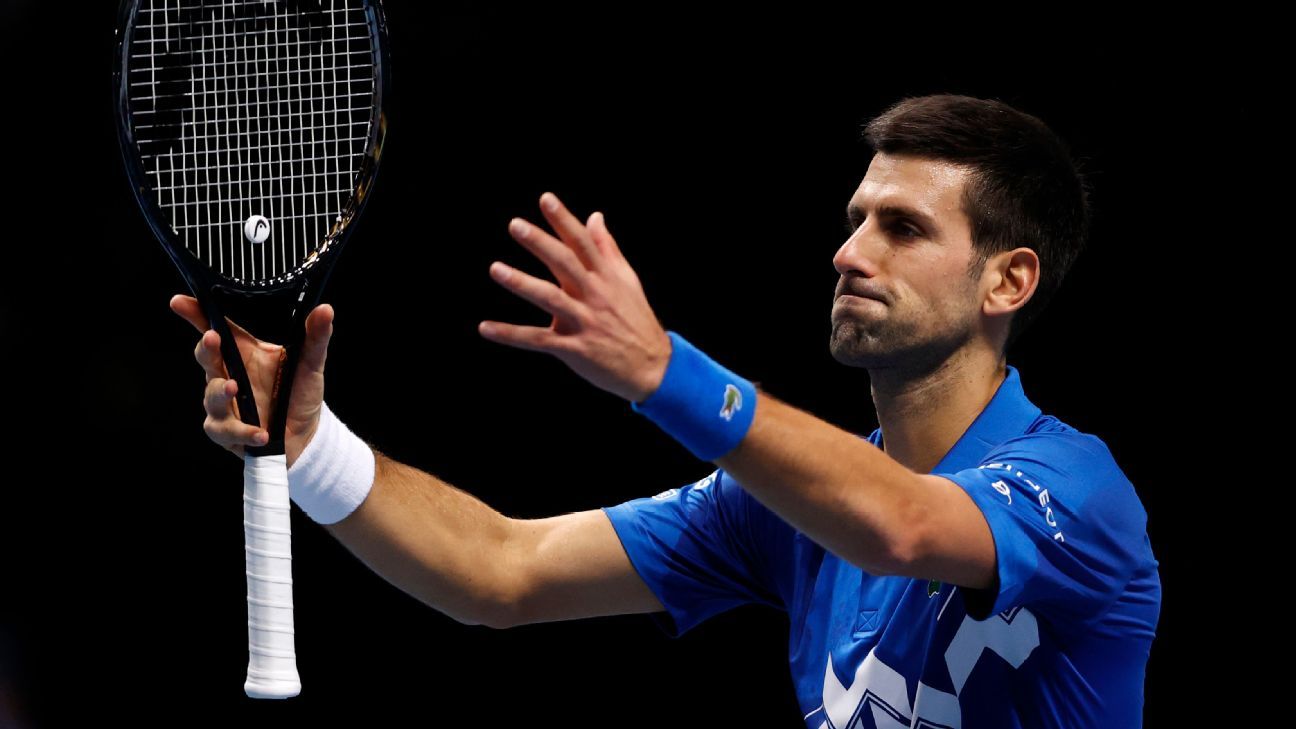 The top-ranked Djokovic set up a match against Dominic Thiem on Saturday as he goes for a record-tying sixth title at the tournament and his first since 2015.

Rafael Nadal will take on Daniil Medvedev in the other semifinal match.

Djokovic pulled out some big serves in the important moments in an empty O2 Arena to reach the semifinals for the ninth time, notably in the tiebreaker when he recovered from a 2-0 deficit.

“Contrary to the last match against Daniil,” said Djokovic, referring to a straight-set loss to Medvedev on Wednesday, “I managed to find the right shots at the right time.”

Djokovic broke Zverev to take a 2-0 lead in the first set when his opponent double-faulted on the second break point. He then saved two break points at 4-2 before clinching the set with a backhand down the line as he closed in on the net following a serve out wide.

Zverev’s groundstrokes and powerful serve posed more problems for Djokovic in the second set, and the German gained an early advantage in the tiebreaker by reaching a drop shot before hitting an unreturnable smash to lead 2-0.

Djokovic then won five of the next six points and, on his first match point, found the baseline with a penetrating forehand that Zverev could only slice into the net on the stretch.

“It really was anyone’s game,” Djokovic said. “In the tiebreaker, again I served well when I needed to close out the match.”

Thiem, the US Open champion, won a third-set tiebreaker to beat Djokovic in group play last year, helping to eliminate the Serb before the semifinals.

“It was really a thrilling match,” Djokovic said, “so hopefully we can have another great match, this time with a different outcome.”

Medvedev will be going for a third straight group victory when he plays already-eliminated Diego Schwartzman in the late match.