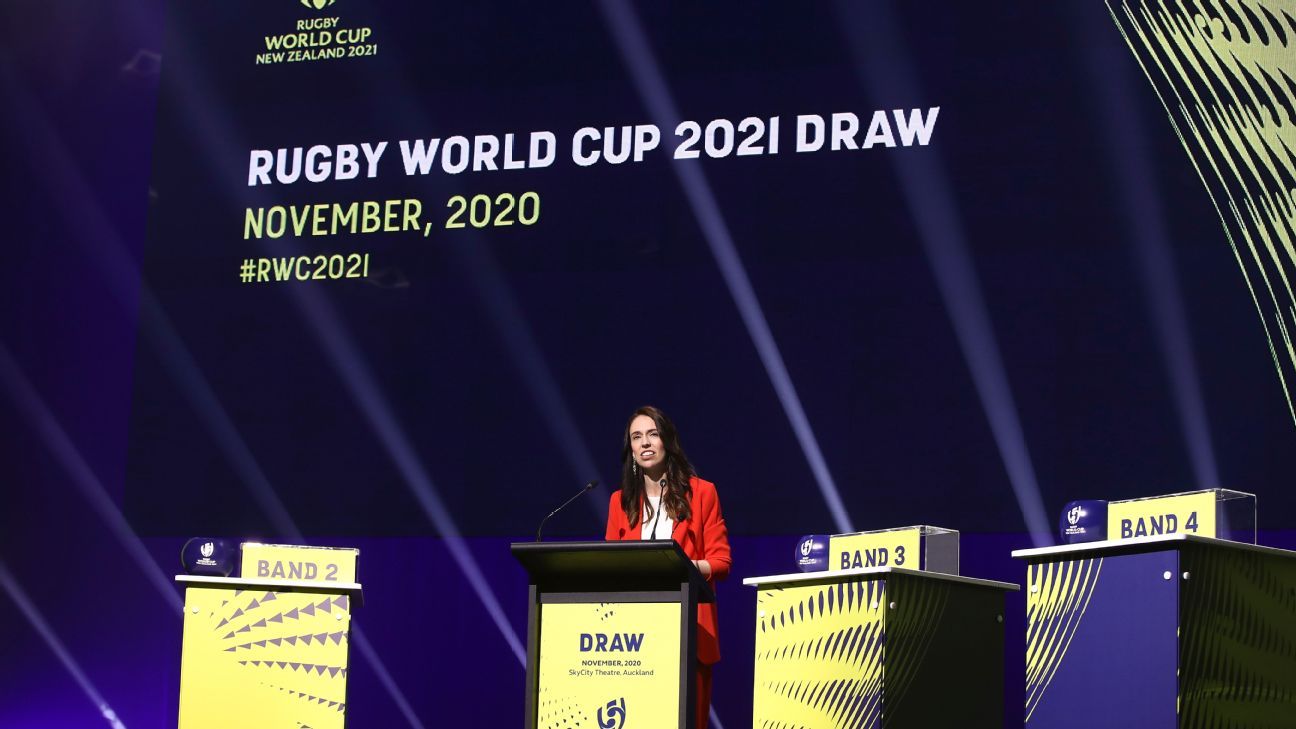 Top-ranked England and France have been drawn in the same pool for next year’s women’s Rugby World Cup, while hosts New Zealand were drawn with trans-Tasman neighbours Australia at a ceremony in Auckland on Friday.

Third-ranked Canada and inaugural champions the United States will be in Pool B for the 12-team tournament which will be held in the southern hemisphere for the first time.

“It is interesting how the pools have come out,” New Zealand captain Eloise Blackwell said. “We have an Australasian pool, North American and European.

“Every time we come up against Australia it is a massive battle.

“But we’re not going to be defending the title, we’re out there to win it.”

Two-times winners England and fourth-ranked France will be joined by Fiji and South Africa in Pool C.

Ninth-ranked Wales and the team that wins the final qualifying tournament will join the Black Ferns and Wallaroos in Pool A.

The North American sides will be joined by qualifiers from Asia and Europe in Pool B for the Sept. 18-Oct. 16, 2021 tournament.

New Zealand Prime Minister Jacinda Ardern, who attended the draw, said the tournament would take on added significance for rugby and women’s sport.

“Pre-COVID-19 this tournament was going to be important to New Zealand,” Ardern said. “Now it takes on a extra special dimension for the whole world.

“This is huge for us. I would like to think that we are trying to show leadership around women in sport.

“We need to demonstrate that people want to come out and support our Black Ferns because they are exceptional athletes, not women athletes, athletes.”

The seedings were based on rankings from Jan. 1, 2020 as restrictions imposed to halt the spread of the coronavirus meant none of the southern hemisphere teams were able to play this year.

Matches will be held in Auckland and Whangarei, with the final at Eden Park, which hosted the 1987 and 2011 men’s World Cup finals.