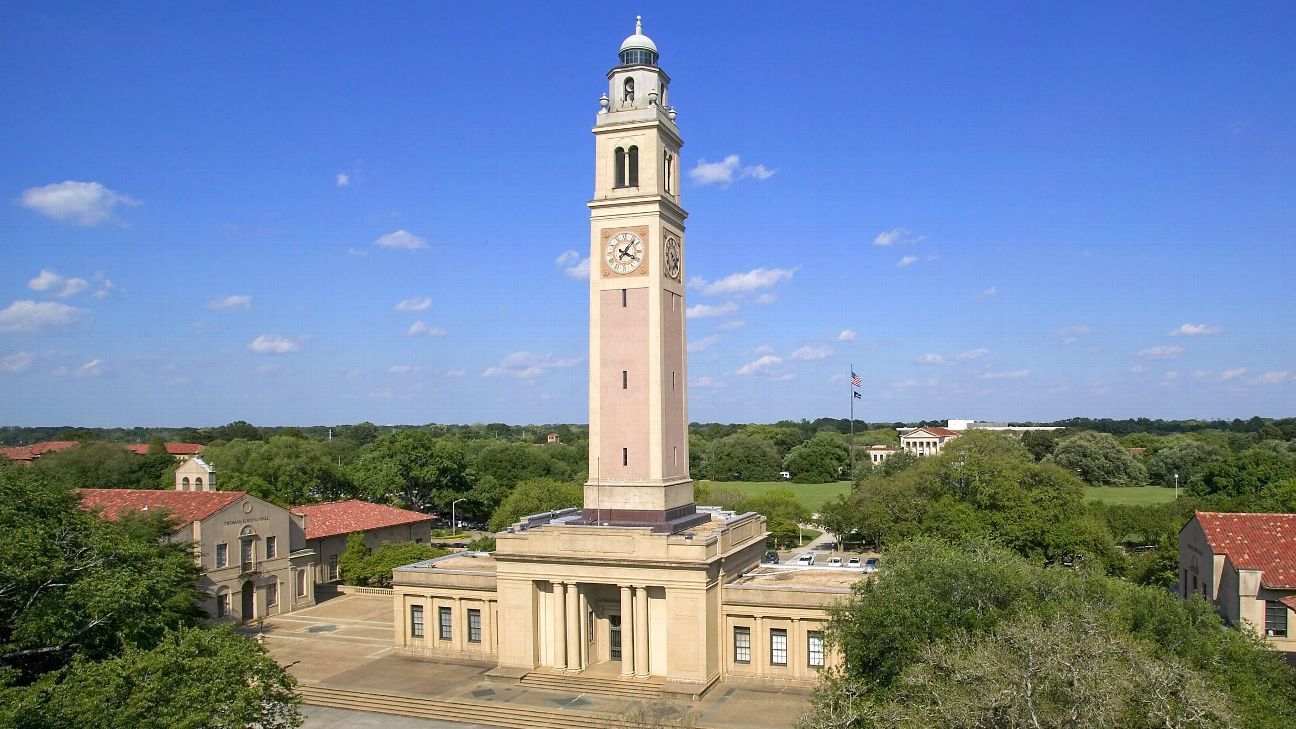 A former LSU women’s tennis player has accused her former coach of lying about her knowledge of a Tigers football player physically abusing her between May 2017 and August 2018, and accused the coach of “betraying” her during an investigation.

The former player, Jade Lewis, 21, of Hilton Head, South Carolina, posted a statement on Twitter on Wednesday night in which she accused LSU women’s tennis co-head coach Julia Sell of failing to report her allegations of being physically abused by Tigers wide receiver Drake Davis.

USA Today reported earlier this week that Davis began dating Lewis, who was unnamed in the article, in January 2017. Lewis reportedly told police and USA Today that Davis left her bruised or bleeding on at least six occasions during the year in which they dated.

USA Today reported that at least seven LSU officials “had direct knowledge” that Davis was physically abusing his girlfriend but “they sat on the information for months, while Davis continued to assault and strangle her.”

“The LSU Women’s Tennis coach, Julia Sell, released a statement claiming she had no knowledge of the allegations made by my teammate and I,” Lewis wrote. “The statement is a blatant lie. Four members of the LSU Tennis Team separately made Coach Sell aware of these events between May 2017 and August 2018. These women would be willing to confirm this information and corroborate my story, as one already has in the USA Today article. Additionally, my parents called during that time span to express their concern, and my coaches brushed them off. Lastly, I would like to add that during the criminal case regarding the allegations I made, Coach Sell instructed the tennis team to stay away from me. These were my teammates and closest friends at the time, and I needed their support.

“I was betrayed by Coach Sell, and I will not stand by and allow her to deny knowledge of what I went through, when in reality she knew the full truth and simply chose to stand by. As details of the sexual misconduct within LSU continue to come to light, my hope is that LSU Athletics changes course and decides to be transparent and remorseful rather than continuing to create cover-ups and false narratives.”

In an earlier statement posted on Twitter on Wednesday, Sell denied that she or her husband, co-head coach Michael Sell, had knowledge of Davis’ alleged abuse.

“A recent story by USA Today suggests that Mike and I failed to report allegations of dating violence disclosed to us by a parent and former player,” Julia Sell wrote. “That suggestion is false, as such allegations were never disclosed to us. Furthermore, we would never dismiss or doubt any such allegations. We have in the past and will continue to take appropriate action and comply with all reporting protocols. All victims must be heard and supported, and we pledge to stand with them to help end all forms of sexual and domestic abuse.”

Police arrested Davis in August 2018 on felony charges of second-degree battery against a former girlfriend. LSU indefinitely suspended him from the team, and a judge ordered him to have no contact with the woman.

According to a redacted LSU Police Department arrest report obtained by ESPN, a woman reported four incidents of physical abuse by Davis between May 2017 and June 2018. In the first incident, the woman went to Davis’ house to retrieve personal items and he allegedly punched her in the stomach.

In a second incident in April 2018, Davis allegedly punched the victim in the left side of her stomach and fractured her rib. She told police that a “medical officer at LSU” evaluated her injury. She provided police with a photograph of the bruise, according to the report.

Finally, in June 2018, “Davis was upset about a text message conversation and thus went to the victim’s apartment, he entered using a key the victim had given him. Once entering the victim’s room he strangled her, punched her in the stomach, and grabbed her ear which caused her earring to be pulled from her ear; bleeding from the ear ensued,” the report said. The victim provided pictures of bruising around her neck from the strangulation, according to police.

In March 2019, as part of a plea agreement with prosecutors, Davis pleaded guilty to three misdemeanor charges: two counts of battery on a dating partner and one count of violation of a protective order. He admitted in court to punching the woman in the stomach and later pushing her onto a couch, which bruised and cut her leg.

A judge sentenced him to 18 months of prison and credited him for time served and suspended most of the remaining jail time. The judge placed Davis on two years’ probation and ordered him to undergo mandatory counseling.

LSU football coach Ed Orgeron read a prepared statement earlier this week that said: “First, I want to say that we need to support and protect victims of violence and sexual abuse of any kind. There’s no place in our society nor on this campus or on our football program for any behavior of this type. When accusations are made, we have a legal and moral obligation to report every allegation to the university’s Title IX office so due process can be implemented. I have in the past and will continue to take appropriate action and comply with reporting protocols. I have confidence today that the university is working to address our policies and processes when allegations arise.”

In another statement, LSU interim president Tom Galligan wrote that the university “takes every report of sexual assault or violence seriously” and noted that the school investigates each and tries to support those affected.

“However, we are not perfect, and we can, and will, do better,” he wrote. “A single instance of abuse or sexual violence is one too many.”

ESPN reported in August 2018 that the woman reported to LSU police four violent incidents involving Davis during the previous 18 months. The woman told police that Davis punched her hard enough to fracture one of her ribs in one instance, began to strangle her in another and later texted that he might kill her. The warrant indicated that police obtained the text and photos of bruising.

USA Today reported that Lewis told a team athletic trainer, Donavon White, that Davis punched her in the stomach in May 2017 during an argument. The woman’s father said he also reported it to Mike Sell and spoke to him twice in the summer of 2017 about his daughter’s relationship with Davis.

USA Today reported that it found no evidence that White, Mike Sell or Julia Sell informed anyone of Davis’ alleged abuse, including the university’s Title IX coordinator, which is required under federal law and LSU policy.

USA Today reported that the two coaches and athletic trainer later told police that they weren’t aware of Davis’ conduct until a year later.

Another former LSU tennis player told USA Today that she personally reported Davis’ abuse to Julia Sell “six to seven months before that, at least.”