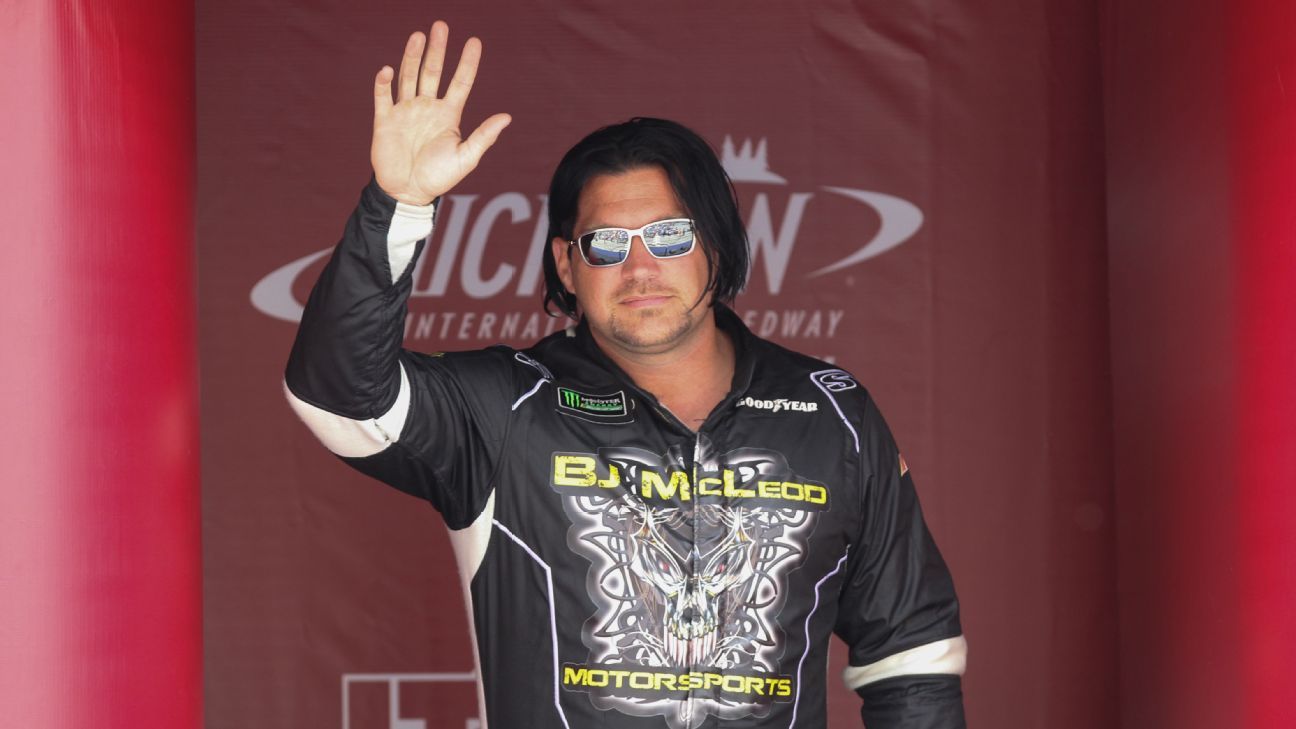 CHARLOTTE, N.C. — NASCAR will have another new team in 2021 — bringing the total to three new ownership groups in the Cup Series — with the formation of Live Fast Motorsports.

McLeod will drive the No. 78 Ford next season. Tifft’s one season as a Cup Series driver ended late in 2019 when he suffered a seizure at Martinsville Speedway. He has not raced since.

“This is as big of a deal to me as being a driver in the Cup Series,” Tifft said.

Live Fast will be based in Mooresville and operate with a partnership with Stewart-Haas Racing. Tifft and McLeod bought out Archie St. Hilaire’s ownership interest of a charter used in 2020 by Go Fas Racing.

Joe Falk, part of the Go Fas Racing group, will work with Live Fast. Go Fas Racing, which fielded the No. 32 Ford for Corey LaJoie, is cutting back to a limited schedule.

Tifft made 134 starts in the Cup, Xfinity and Truck series from 2014 through 2019. McLeod has also raced in all three of NASCAR’s national series and ran 16 Cup races last season. He met Tifft when Tifft was 12 and participating in a driving school in Florida.

McLeod was a groomsman in Tifft’s 2019 wedding, and the two friends became interested in partnering in team ownership in anticipation of a changing business model when NASCAR introduces its NextGen car in 2022.

The car is expected to dramatically cut spending, making ownership more appealing. It led to a competitive bidding process on charters as multiple groups have attempted to purchase one of the 36 guaranteed slots in the field. Each charter earns an automatic percentage of the weekly purse, and many owners can recover their buy-in costs in one season of competition.

Marks said he was outbid on two charters and a deal on a third collapsed before Trackhouse was finally able to lease one for 2021 from Spire Motorsports. Tifft said he and McLeod were already in negotiations with Go Fas when the market exploded.

“Everybody wanted a piece of the pie, and there aren’t that many slices,” Tifft said. “NASCAR’s NextGen car and model for teams will provide opportunities for new teams to compete at a higher level.”

McLeod said he expects the No. 78 to be a top-20 car at times next season as it builds into a competitive program in the coming years.

NASCAR for two decades has been dominated by five organizations with aging owners and little interest from new participants. Roger Penske is 83, Joe Gibbs is 79, Jack Roush is 78, Richard Childress is 75, and Rick Hendrick is 71.