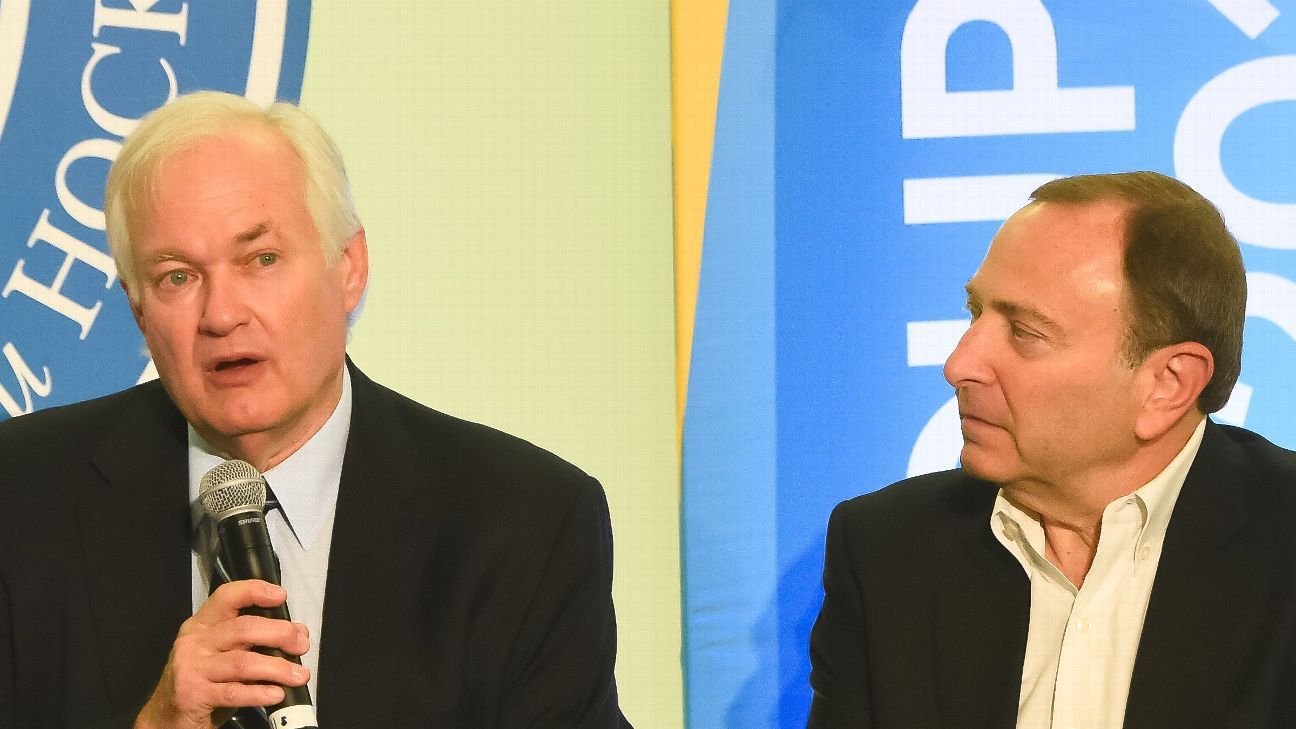 The NHL and NHLPA are still hoping to begin the 2020-21 season on Jan. 1, but talks between the two sides hit a significant snag this week as players felt “blindsided” when owners asked to change the terms of their new CBA, just four months after it was agreed upon, according to a player rep.

Said the rep: “This is a headache we weren’t expecting.”

NHL owners expect to take significant financial hits in the 2020-21 season due to the ongoing COVID-19 pandemic and its impact on revenues, specifically arena attendance. The owners informed the players that they’re looking for additional cash flow and brought two ideas forward.

The first idea — deferred compensation that climbs to 20 percent this season and escrow to 25 percent, with no changes to subsequent seasons — was viewed as a non-starter for players, sources told ESPN.

Sources told ESPN that when the suggestions were presented on an NHLPA player rep call on Wednesday, players were appalled.

“We just signed a new CBA four months ago,” said one player who has been on NHLPA calls throughout the process. “And in that agreement we accounted for this season being not a typical season. And now they’re trying to walk it back and change the structure on us. That’s bull. If we came to them and said we wanted to amend the terms, no way that would fly.”

Said another player who was on the call: “By no means do we want to say, ‘Screw you guys, we don’t want to make this work.’ It’s more that we just agreed on something five months ago. It’s what we agreed on for the next six years. Why do we have to change it again?”

The NHL CBA calls for a 50/50 split in hockey-related revenue between the owners and players. The players are expected to earn a higher percentage of that split in 2021, given their salaries and the expected revenue shortfall for teams.

The 50/50 equilibrium between the sides would be achieved by payouts from the players to the owners during the life of the CBA, until the owners are made whole. In fact, a year will be automatically added to the CBA’s term — for 2026-27 — if after the 2024-25 season the players’ escrow debt exceeds $125 million but is less than $250 million.

The owners asking for an increased deferral of salary and an increase in the escrow cap this season or down the line is a matter of timing: Either they wait under the agreed-upon timeline of the CBA for that 50/50 split to be established or they attempt to get it back sooner and increase their liquidity for 2021.

The players’ argument is that a deal is a deal. When the CBA was negotiated during the pause, both the owners and the players presented financial outlooks for the best-case, moderate-case and worst-case scenarios, with the worst case being a full season without fans in arenas. The CBA was forged with those scenarios in mind and during the pandemic itself.

“If we had done this deal before the pandemic started, and the league comes and says they need some short-term relief in exchange for something, it’s a totally different situation than we have now,” one NHL player agent said.

“The players want to play, the owners want to play — though there are a few that have said they would prefer to sit out if there are no fans. Gary is managing them,” the agent said. “Everyone wants to play, and we will play. But there are going to be some serious negotiations first, and it might get ugly.”

Bettman has repeatedly said he would like to start the season on or around Jan. 1, but time is ticking. Before the season starts, teams require training camps, which would be roughly two weeks. The seven teams that did not participate in this summer’s Stanley Cup playoff tournament have also been promised about a week of additional training camp time.

Also, players on Canadian teams who are traveling in from different countries are required to quarantine for 14 days, according to federal restrictions. The NHL and NHLPA continue a dialogue with local health officials and provincial governments to see if they can make any accommodations, and it could vary from market-to-market. For example, it’s possible players on some Canadian teams might be able to serve their quarantine while also training.

If talks are going to happen on the owners’ ask, they need to happen fast.

A player on the call said there was an “overwhelming unity” among the NHLPA members.