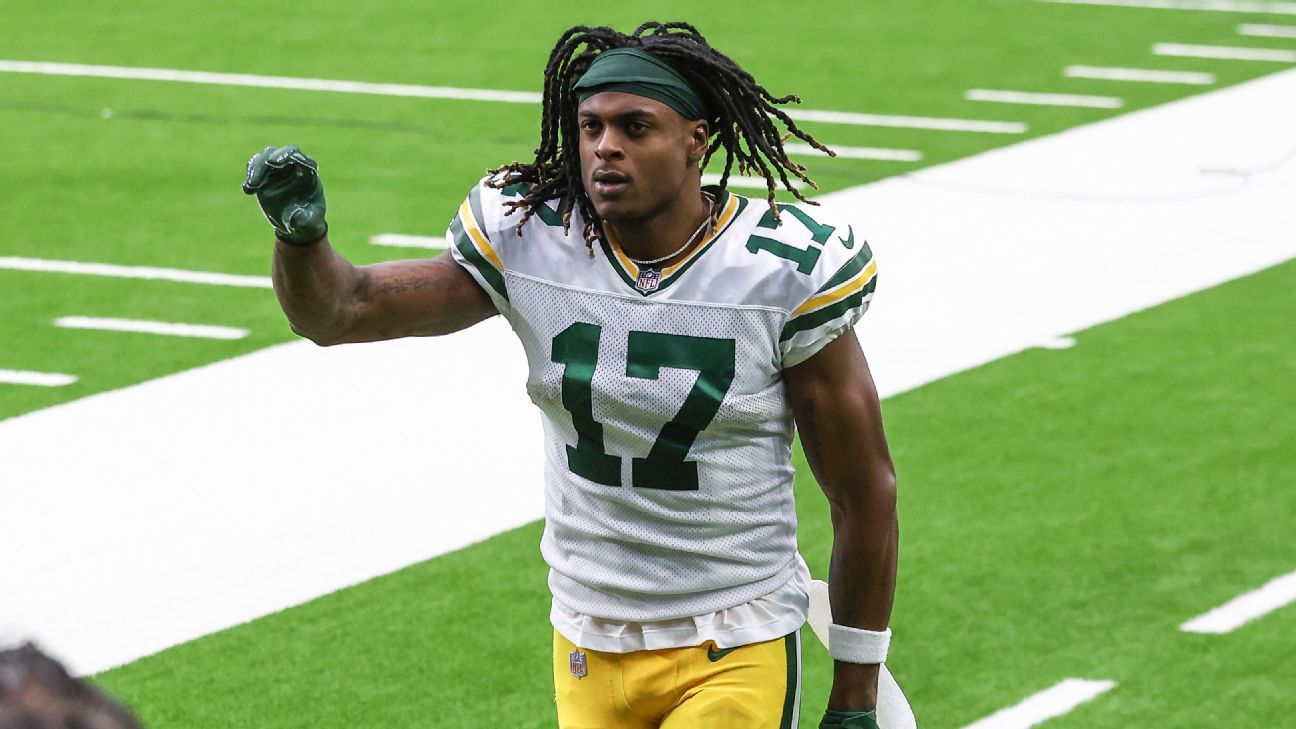 GREEN BAY, Wis. — Two days after he was held out of practice completely, wide receiver Davante Adams was cleared to play in what could be one of the Packers‘ toughest remaining games of the regular season Sunday at the Indianapolis Colts.

Adams, who is tied for the NFL lead with nine touchdown catches despite missing two games, suffered an ankle injury in the second half of last Sunday’s win over the Jacksonville Jaguars but returned to catch a touchdown in the fourth quarter. He practiced on a limited basis Friday.

“He’s made good progress,” coach Matt LaFleur said after practice. “He should be good to go.”

So maybe Davante Adams will play Sunday after all. From practice just now. pic.twitter.com/ErBnUa5wro

LaFleur would not say the same for No. 2 receiver Allen Lazard, who was added to the active roster Tuesday off injured reserve but was listed as questionable on Friday’s injury report.

“He’s been making progress, but again we’ll see how he’s feeling and hopefully he’ll be able to go,” LaFleur said. “I think it’s going to be more something we’ll figure out on Sunday.”

Lazard has not played since he underwent core muscle surgery following Week 3, when he caught six passes for 146 yards and a touchdown against the New Orleans Saints. That was the first of two games that Adams missed because of a hamstring injury.

The Packers (7-2) rank second in the NFL in offensive points scored, while the Colts (6-3) rank first in total defense.

Aaron Rodgers has not thrown a pass with both Adams and Lazard on the field since Week 2. In those first two weeks, Rodgers completed 74% of his passes for six touchdowns, zero interceptions and a 96 Total QBR with that duo on the field.

Asked whether they can pick up where they left off, Rodgers said this week: “I think so. I think so. Marquez [Valdes-Scantling] has had a couple good games in a row. Davante’s obviously been incredible. To be able to have Allen in there as well would give us a big jolt.”

The defense could get a jolt too, especially in the secondary. Starting cornerbacks Jaire Alexander and Kevin King both were cleared to play. Alexander missed last week’s game because of a concussion, and King has missed the past five games because of a quad injury.