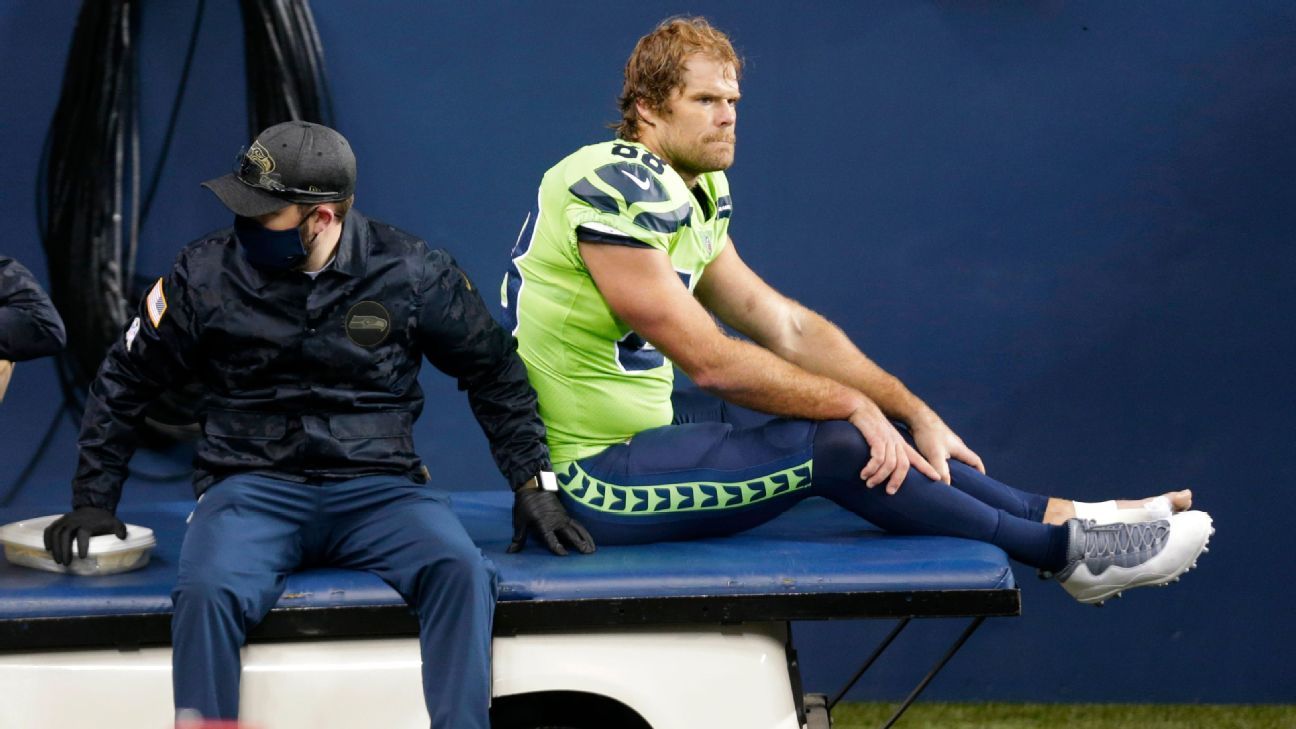 The Seattle Seahawks have ruled out veteran tight end Greg Olsen for the remainder of Thursday night’s game due to a foot injury.

Olsen went down in obvious pain without being contacted with around 11 and a half minutes left in the fourth quarter. He had to be helped into the medical tent.

The 35-year-old Olsen signed a one-year, $7 million deal with the Seahaws in February after spending the previous nine seasons with the Carolina Panthers. He’s dealt with foot injuries in recent seasons.

He’s signed a deal to be a television analyst for FOX once he retires.