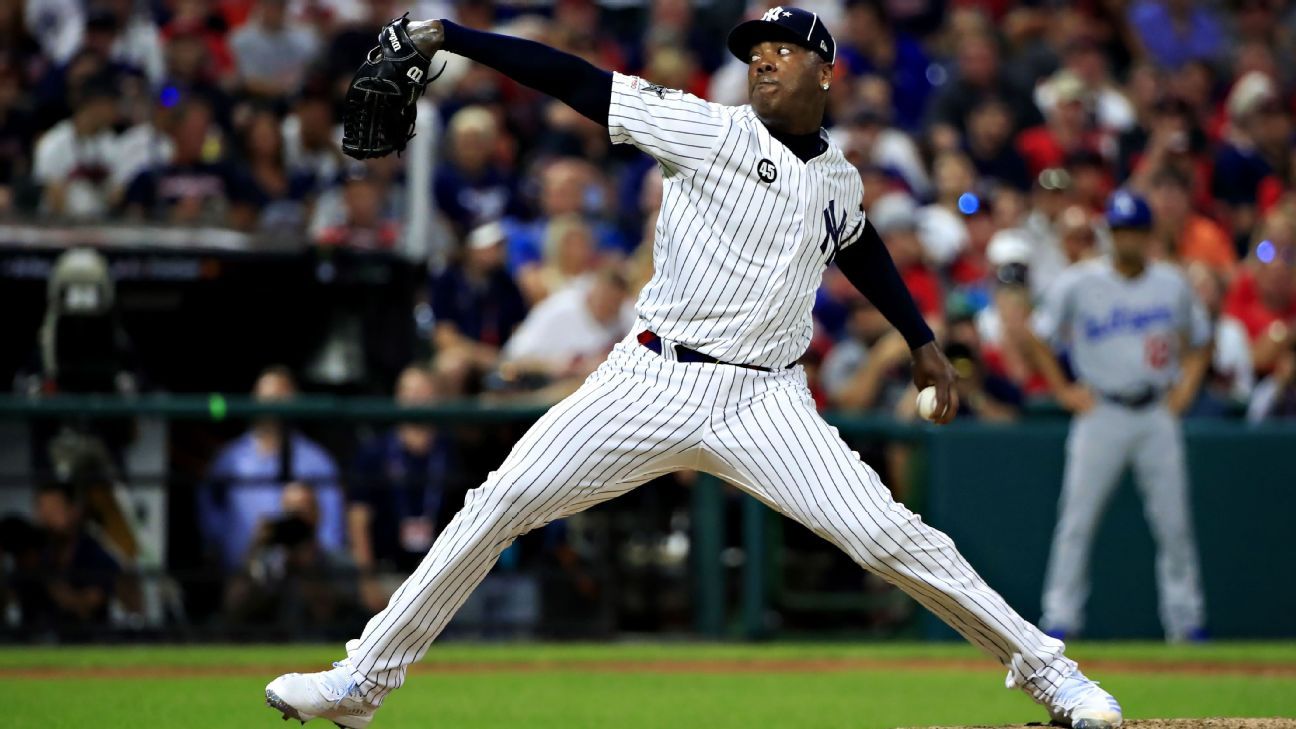 NEW YORK — Yankees closer Aroldis Chapman‘s suspension for throwing near the head of Tampa Bay’s Mike Brosseau was reduced from three games to two after he appealed the decision.

Major League Baseball announced the result of the appeal on Thursday. It was heard by special assistant to the commissioner John McHale Jr.

Chapman will serve the suspension at the beginning of next season. His original punishment was announced by Chris Young, Major League Baseball’s senior vice president of baseball operations.

Chapman threw a 101 mph fastball near Brosseau’s head on his first pitch to the pinch hitter with two outs in the ninth inning of a 5-3 victory over the Rays on Sept. 1. Umpires convened before issuing warnings to both benches, and Tampa Bay manager Kevin Cash was ejected after coming onto the field to argue.

Chapman struck out Brosseau to end it, and Brosseau began walking toward the visiting dugout before turning back to exchange words with someone on the Yankees. The dugouts and benches emptied and players gathered near home plate, but they mostly kept their distance before dispersing to their respective clubhouses.

Brosseau got his revenge in the postseason, homering off Chapman in the eighth inning of Tampa Bay’s 2-1 victory in the decisive Game 5 of their AL Division Series on Oct. 9.