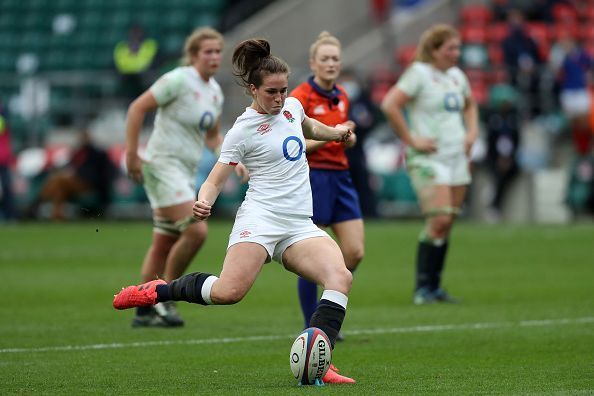 England centre Emily Scarratt scored a penalty in the dying seconds as the world’s top-ranked women’s team battled to a 25-23 victory over France at Twickenham on Saturday in the second of their two November internationals.

The Red Roses came into the game having won 10 of their last 11 meetings with France, including last weekend’s 33-10 win in Grenoble, but began slowly as the visitors scored tries through Emeline Gros and Cyrielle Banet to lead 15-5 at the break.

With Banet sent to the sin bin for a yellow card following the restart, England scored a try through Lark Davies to cut the deficit to five points but Caroline Drouin made it 18-10 for France with a penalty.

Banet crossed the line again to swell France’s lead to 23-10 before Poppy Cleall and then Ellie Kildunne scored tries to drag Six Nations champions England back into the contest.

England trailed 22-23 and were awarded a penalty in the final minute. World Player of the Year Scarratt, one of several to enter the game on the hour mark, made no mistake to seal the victory for Simon Middleton’s team.

England and France are scheduled for a face off in next year’s World Cup in New Zealand after being drawn in the same pool.