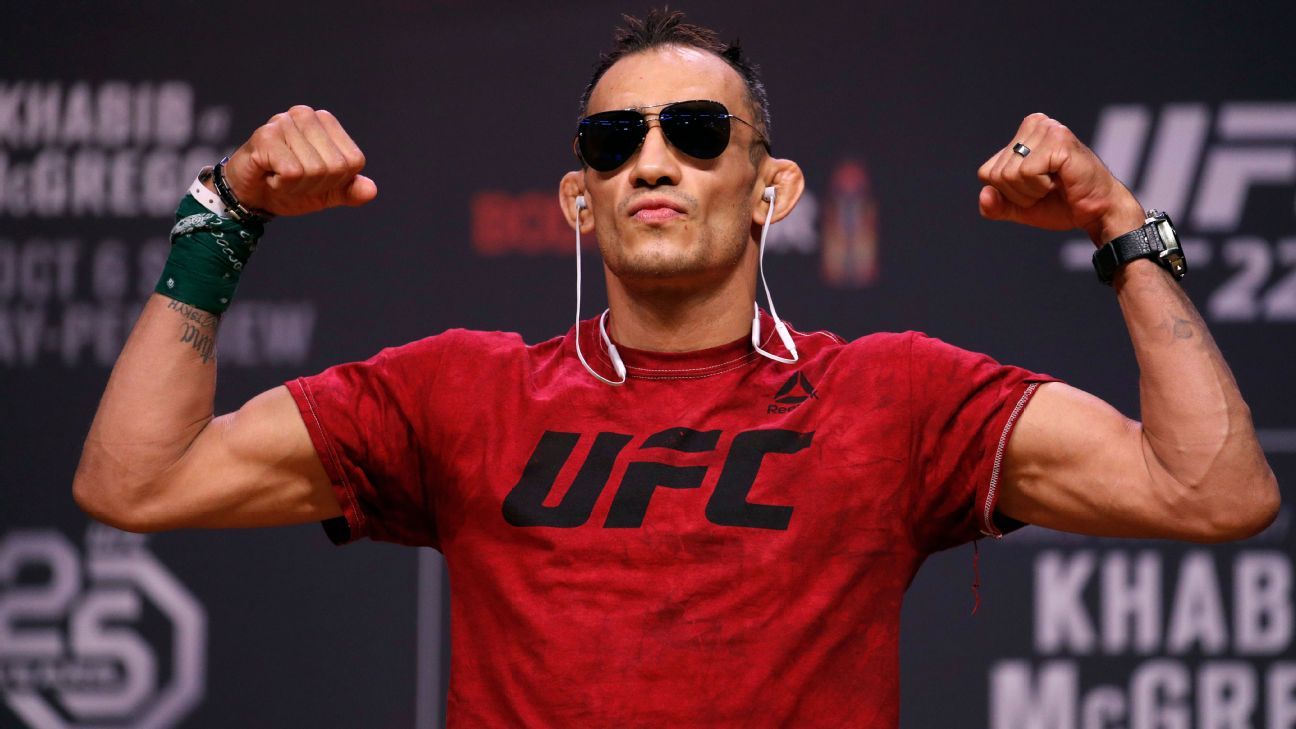 Ferguson (25-4) has been campaigning for one more fight before the end of the year, and he will get his wish, according to White. Once finalized, the 155-pound bout will take place at UFC 256 at the Apex facility in Las Vegas.

Ferguson took to social media recently to call out former Bellator MMA champion and UFC newcomer Michael Chandler, but Chandler told ESPN he needed a break after serving as an alternate for an October lightweight title fight between Khabib Nurmagomedov and Justin Gaethje. Although Chandler’s services ultimately weren’t needed in that fight on Oct. 24, he went through a full camp and cut weight as a backup.

With Chandler unavailable, Ferguson will now turn his attention to Oliveira. Ferguson and Oliveira are the Nos. 3 and 6-ranked lightweights according to the UFC’s official rankings.

Fighting out of southern California, Ferguson had won 12 in a row, before suffering a TKO loss to Justin Gaethje at UFC 249 in May.

Oliveira (29-8) is on a serious run, as he’s won his last seven contests, finishing every single opponent. He is coming off a submission win over Kevin Lee in March.

In addition to this marquee lightweight fight, UFC 256 will feature a bantamweight title fight between defending champion Petr Yan and Aljamain Sterling.