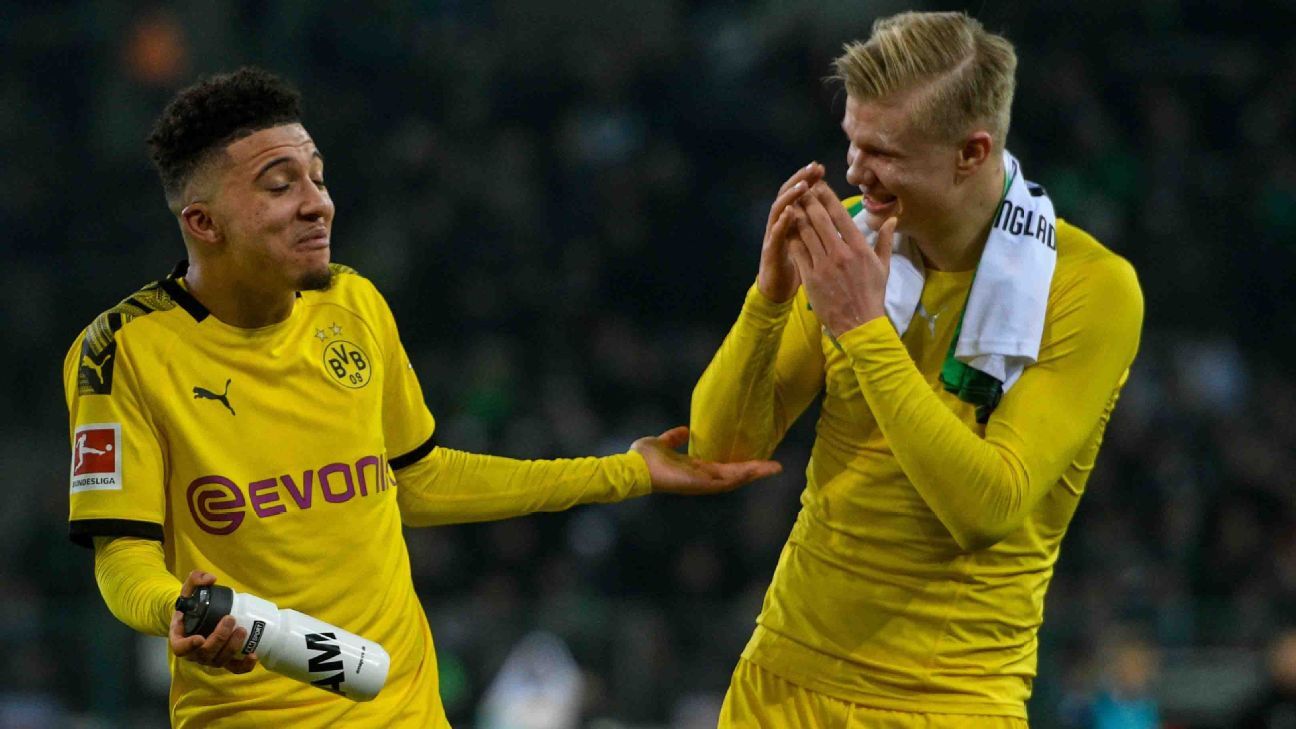 Borussia Dortmund striker Erling Haaland has been named the winner of the 2020 Golden Boy award.

Haaland beat off competition from Barcelona forward Ansu Fati, who was runner-up, to win the award. Dortmund teammate Jadon Sancho, along with Bayern Munich‘s Alphonso Davies and Manchester United‘s Mason Greenwood, featured on a stellar roll call of 40 names to make the shortlist. United States international Sergino Dest was also in the running after an impressive breakthrough campaign at Ajax before his move to .

The award, handed out by Italian newspaper Tuttosport, honours the best young player in Europe for the calendar year.

Julien Laurens explains why Germany should be excited for Youssoufa Moukoko’s pending debut.

Past winners include Lionel Messi, Wayne Rooney and Kylian Mbappe, with Atletico Madrid forward Joao Felix having claimed the award last year. Haaland is the first Scandinavian player to win it.

Haaland joined Dortmund from FC Salzburg in January after a stunning start to the season in which he scored 28 goals in 22 matches. He scored eight times as the Austrian side crashed out of the Champions League in the group stage.

He scored a hat trick on his Champions League debut as well as goals in each of his first five outings and became the competition’s highest-scoring teenager in a single season.

The 20-year-old continued his incredible form with another treble on his Dortmund bow, which helped Lucien Favre’s side come from 3-1 down to beat Augsburg 5-3.