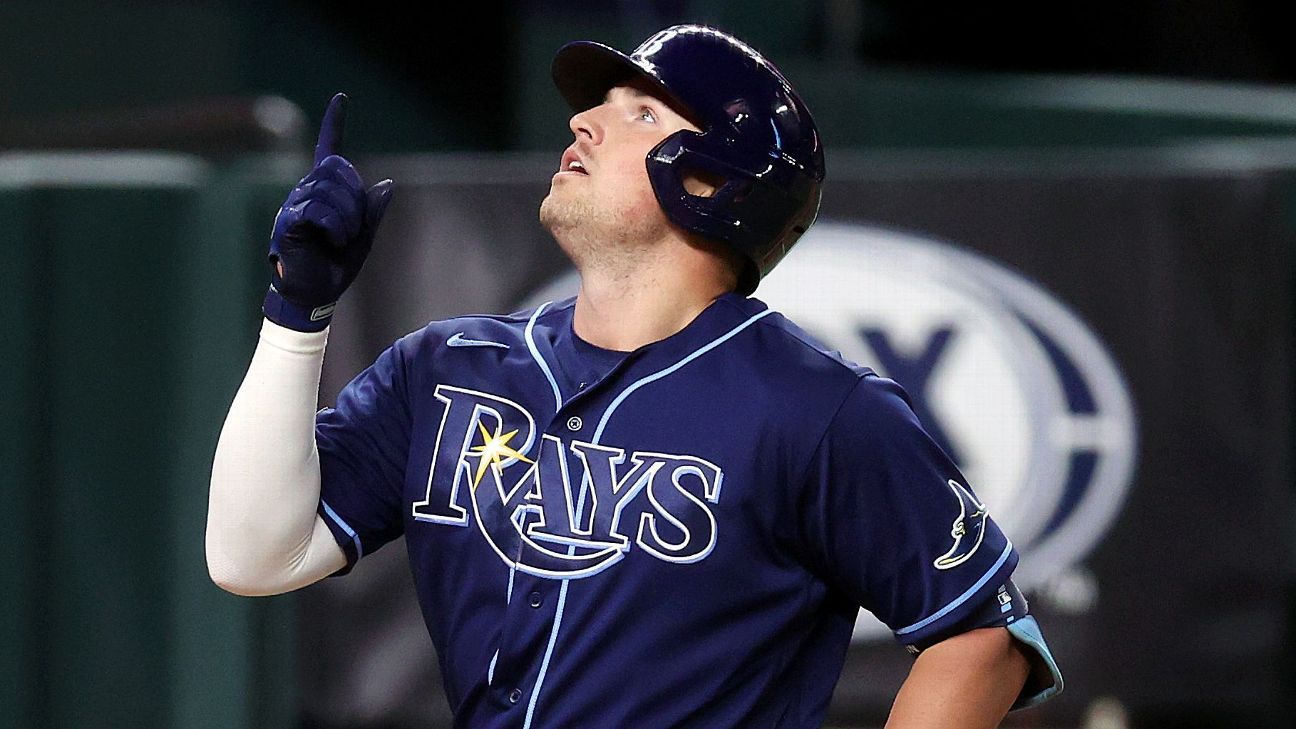 ST. PETERSBURG, Fla. — The Tampa Bay Rays have designated outfielder Hunter Renfroe for assignment, helping clear room on the 40-man roster for three young prospects who were not part of the team’s run to the World Series.

Renfroe, 28, appeared in 42 games with 34 starts during the pandemic-shortened regular season and hit the first grand slam in Rays postseason history during the team’s wild-card playoff sweep of the Toronto Blue Jays.

Renfroe batted .156 with eight homers and 22 RBIs in his first season with Tampa Bay. He started six of 12 games he played in the postseason, batting .174 with two homers and seven RBIs.

The club also designated infielder/outfielder Brian O’Grady. The 28-year-old spent most of 2020 at Tampa Bay’s alternate training site in Port Charlotte, Florida. He appeared in two games over two brief stints with the Rays.

Lowe and Walls were part of Tampa Bay’s 60-man roster and spent the summer at the alternate training site. Strotman was not part of the 60-man pool but pitched in the instructional league in October.