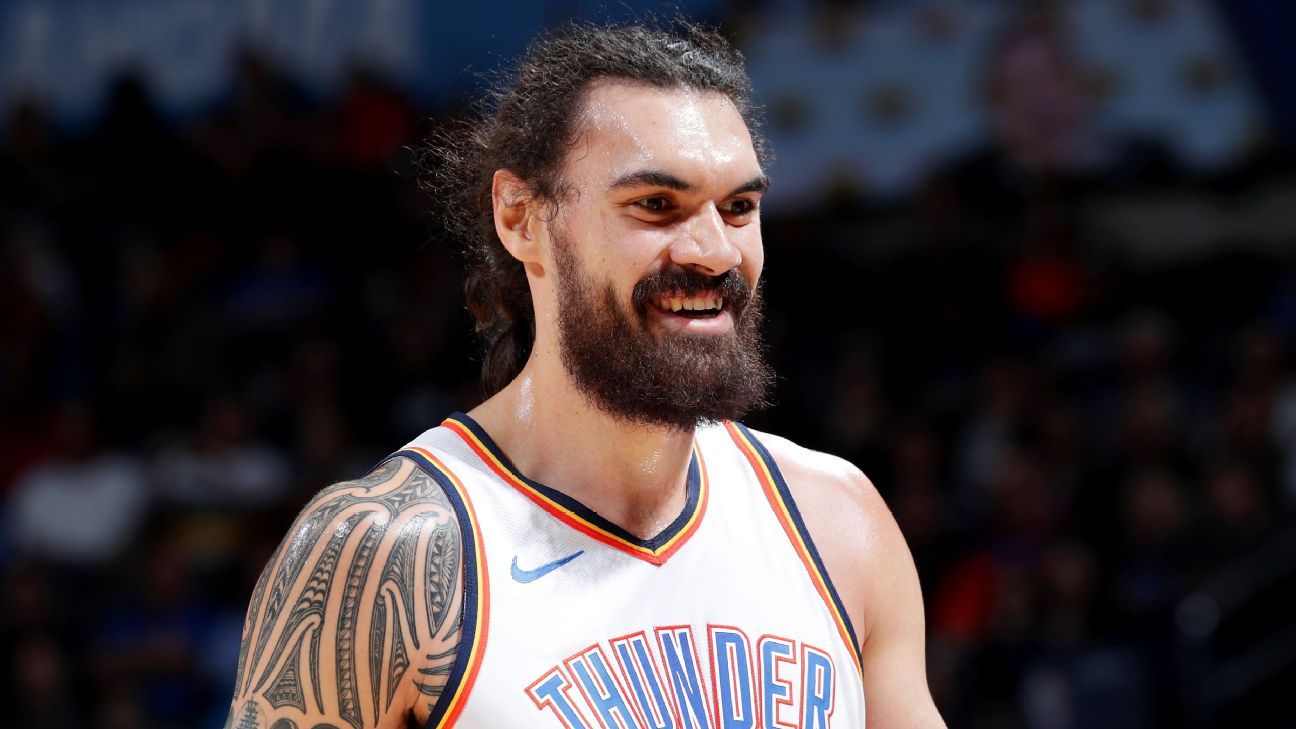 New Orleans and Milwaukee are expanding the original Jrue Holiday trade to include more teams and players, including the routing of Steven Adams to the Pelicans, sources told ESPN’s Adrian Wojnarowski.

The deal is an expansion of the Jrue Holiday-to-Milwaukee trade that was agreed on earlier in the week. It has now evolved into a four-team deal, and sources say it still has a lot of moving parts as teams work to finish it.

That pick was originally Milwaukee’s and one of three first-rounders New Orleans received for Holiday.

Now, Denver will reroute the 2023 pick to Oklahoma City as a part of the trade, and Oklahoma City is also receiving two future second-round picks in the deal from New Orleans, sources said.

Under the original deal, Milwaukee would have sent New Orleans a package that included Eric Bledsoe, George Hill and three first-round picks (a 2020 first from Indiana and unprotected firsts in 2025 and 2027) in exchange for Holiday, sources said.

In addition, the Pelicans would have returned the 60th pick in the 2020 draft, which was acquired in 2019 for Nikola Mirotic, to Milwaukee. And, to make the trade work, Cleveland would remove the pick protection for the 2022 first that Milwaukee owes it. The Cavaliers would have also received a future second-round pick from the Bucks.

Adams averaged 10.9 points and 9.3 rebounds last season for Oklahoma City. As much of a force as Williamson was on the offensive glass last season, Adams adds even more on that side of the floor.

While Williamson finished 12th in offensive rebounding percentage (9.3 percent) among players who played at least 25 minutes per game last season, Adams was 2nd (12.8 percent) behind only Andre Drummond (12.9 percent).

Adams doesn’t stretch the floor next to Williamson as he only has one made 3-pointer in his career — although that did come against New Orleans last season on Feb. 13, 2020 in his new home inside the Smoothie King Center. He does however bring the fourth-highest field-goal percentage (58.9 percent) in NBA history with him.