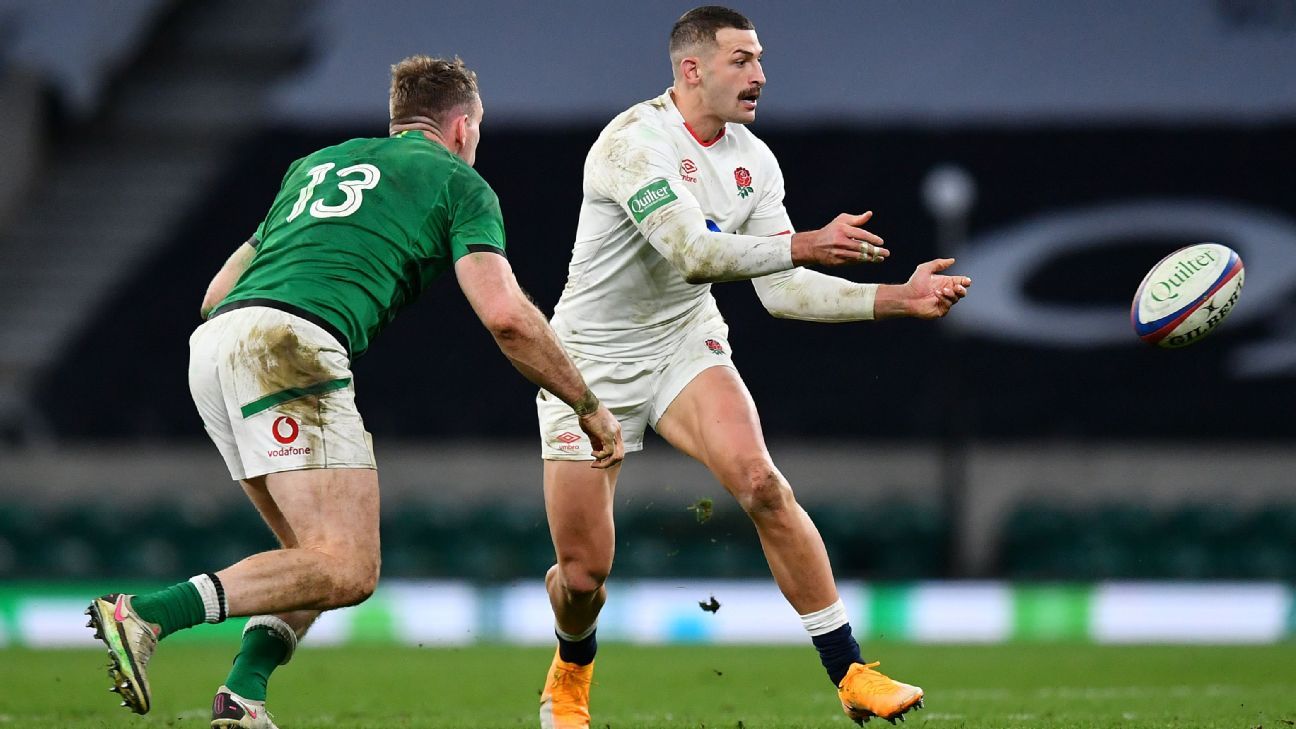 Jonny May scored twice, including one of the all-time great individual Twickenham tries, as a dominant England overwhelmed an inexperienced Ireland 18-7 on Saturday to make it two wins out of two in the Nations Cup.

After forward-orientated victories over Italy and Georgia, England’s backs were to fore in the first half as May caught an Owen Farrell kick to put them ahead.

May then went almost the length of the field for a spectacular individual effort to put them 12-0 clear at the break and move to joint-second in his country’s tryscorer list on 31.

The visitors struggled for any penetration though, until Jacob Stockdale caught a Billy Burns kick to snatch a try five minutes from time.

England top the group A standings with nine points with one game remaining away to Wales next week and remain on course for a potential competition decider at home against France or Scotland, who meet on Sunday.