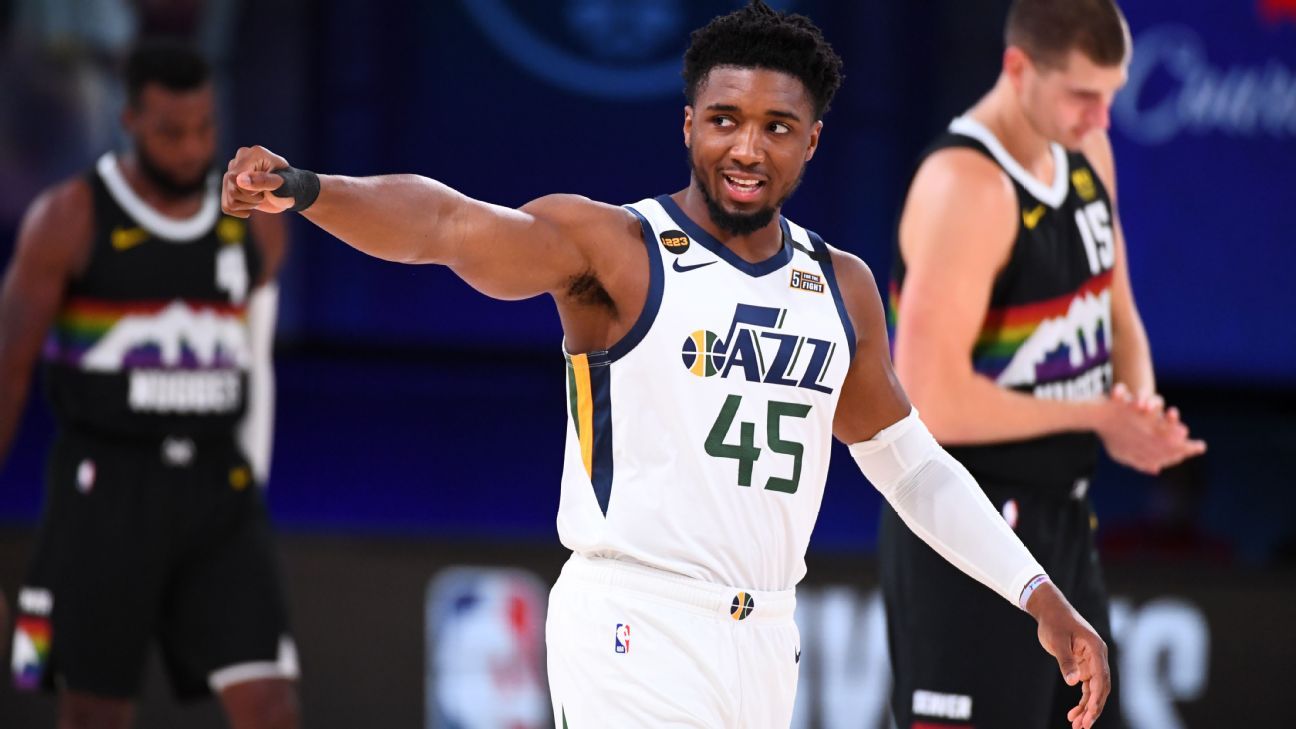 Mitchell, 24, who Utah acquired with the 13th overall pick after trading up in the 2017 draft, quickly established himself as a cornerstone to complement center Rudy Gobert, filling the void created by Gordon Hayward‘s departure in free agency days after Mitchell was drafted. The Jazz have made the Western Conference playoffs in each of his three seasons.

Mitchell has career averages of 22.7 points and 4.0 assists per game. During his Rookie of the Year runner-up campaign, Mitchell became the first rookie since Carmelo Anthony to be the leading scorer for a playoff team with a winning record, averaging 20.5 points per game. His scoring average has increased each season. He averaged 24.0 points per game last season, while also setting career bests in assists (4.3 per game), field goal percentage (.449), 3-point percentage (.366) and free throw percentage (.863).

Mitchell has also stood out in the playoffs. He has averaged 27.3 points in 23 career playoff games, including 36.3 points in last season’s seven-game, first-round loss to the Denver Nuggets, when he joined Michael Jordan and Allen Iverson as the only players in NBA history to have a pair of 50-plus-point games in a playoff series.