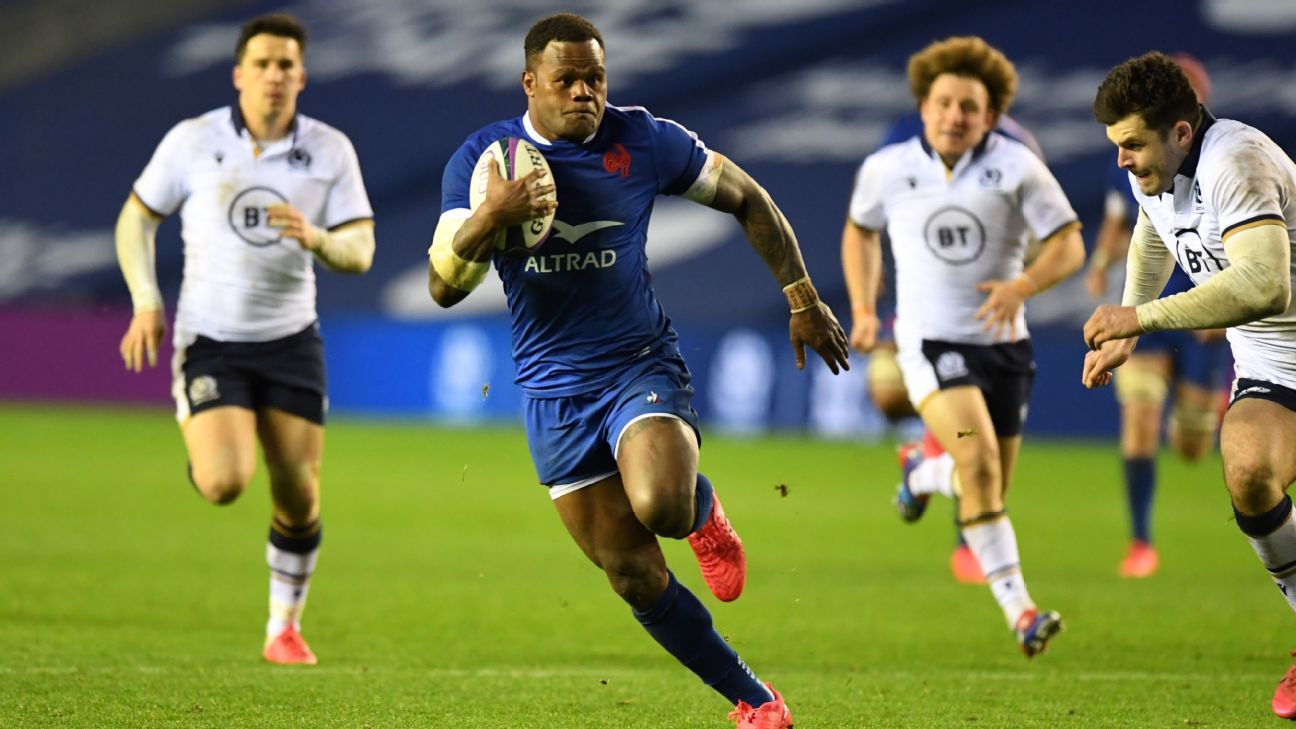 France centre Virimi Vakatawa muscled over the line to break open an absorbing clash which saw his side beat Scotland 22-15 at Murrayfield on Sunday and top Group B of the Nations Cup.

The hosts struggled all game to contain the Fiji-born Frenchman, who scored the game’s only try just after halftime as he tracked a sniping break from the lively Vincent Rattez and burst through Scotland’s flailing defenders.

The home side’s Duncan Weir, once again deputising for the injured Finn Russell and Adam Hastings, kicked flawlessly to ensure the sides went in 12-12 at the break despite France showing more attacking verve and edging the forward contest.

Thomas Ramos was equally accurate from the spot for the visitors with four penalties, while fly-half Matthieu Jalibert added a smartly taken drop goal for the French side.