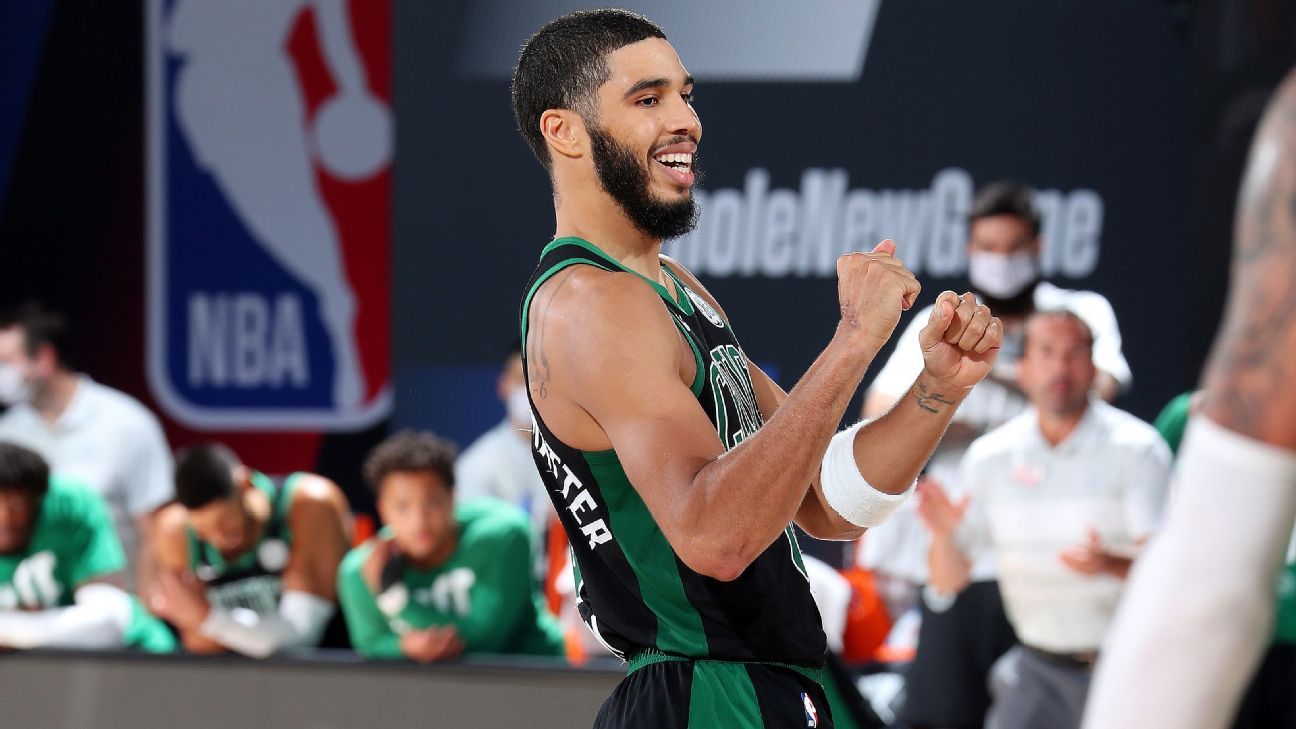 Jayson Tatum has agreed to a five-year extension worth up to $195 million with the Boston Celtics, a source told ESPN’s Adrian Wojnarowski.

The full designated rookie max of $163 million could go up to nearly $200 million with All-NBA escalators, sources said.

The No. 3 pick in the 2017 NBA draft, Tatum made his first All-Star team this season, as he blossomed into the face of the Celtics while leading the franchise to the Eastern Conference finals again last season.

Tatum, 22, averaged career highs of 23.4 points, 7.0 rebounds, 3.0 assists and 1.4 steals last season for Boston, and boosted his 3-point attempt rate from 3.9 per game in 2018-19 to 7.1 per game. He scored 39 points while guarding Kawhi Leonard in a win in Boston over the LA Clippers before the All-Star Break, then scored 41 points at Staples Center in a loss to the Los Angeles Lakers shortly afterward.

“The kid is special,” LeBron James said after that Feb. 23 meeting. “Obviously that’s a reason he’s a first-time All-Star, and he’s been special all year.”

Boston now has Tatum and fellow wing Jaylen Brown under contract through the 2023-24 season, giving the Celtics one of the best young foundations in the league. The star duo has already made two trips to the Eastern Conference finals together and is looking to get Boston back to the NBA Finals for the first time since 2010.

Tatum’s extension caps a busy opening 48 hours of free agency for Boston, which has seen the Celtics lose Gordon Hayward to the Charlotte Hornets, trade away Enes Kanter and sign Tristan Thompson and Jeff Teague as free agents.