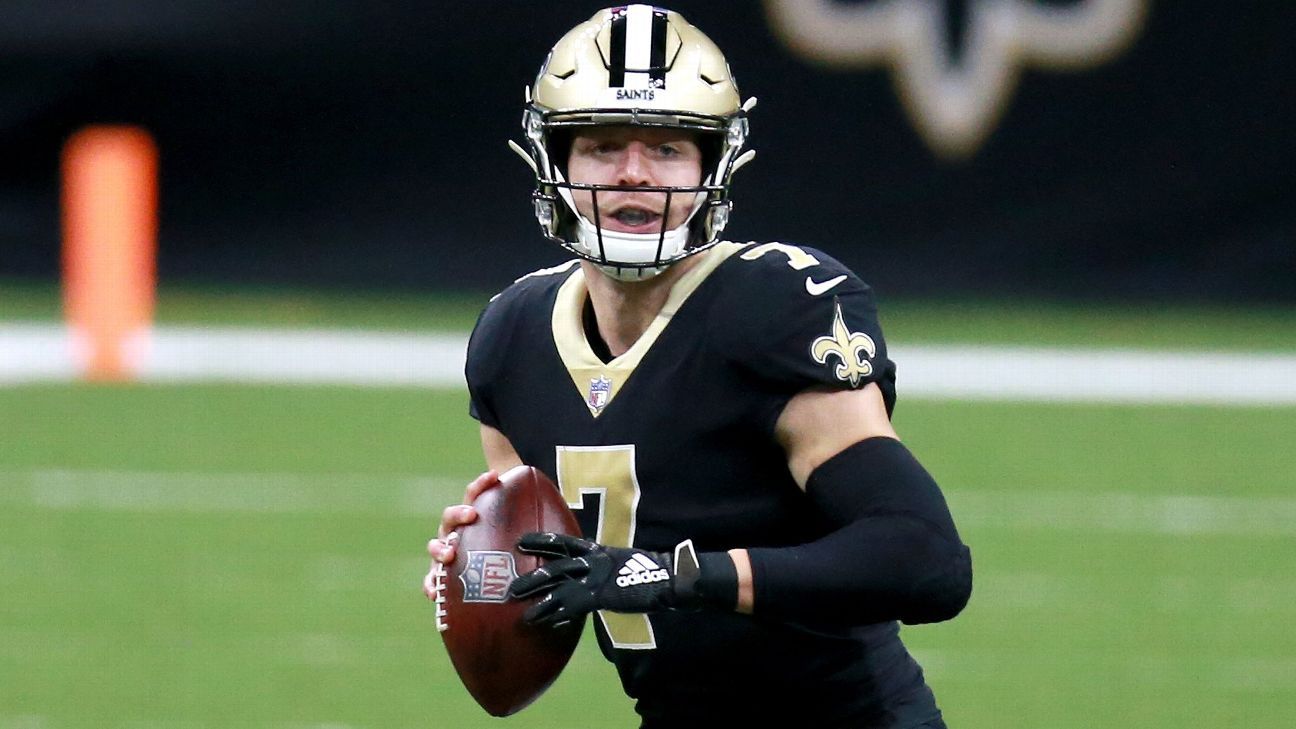 New Orleans coach Sean Payton struggled with choosing the Saints‘ starting quarterback for Sunday’s game before ultimately deciding to go with Taysom Hill, but multiple players and people within the organization thought Jameis Winston should have been the starter against the Atlanta Falcons, sources told ESPN.

Payton knew that whichever quarterback he decided on — Hill or Winston — would lead to a specific and different type of game plan. The longtime coach went with the quarterback whom the Saints assured last spring — as he was signing his two-year extension — that he would get a chance to start if Drew Brees ever got hurt.

The Saints view this as a chance to get an evaluation of Hill at quarterback now and for the future, with Brees still likely to retire after this season, according to sources.

Going with Hill on Sunday still does not preclude Winston from taking over for Brees as the Saints’ quarterback of the future. Winston has impressed Saints coaches and players, and he remains a potential part of New Orleans’ long-term plans.

There continues to be a widespread expectation that this will be Brees’ last season, according to sources around the league. Hill’s two-year, $21 million contract pays him as if he will be the starting quarterback next season, and Winston is on a one-year deal.

Many people close to the situation are operating as if the 2020 season will be Brees’ last, although the Saints also thought 2019 would be the future Hall of Famer’s final season. After the Pro Bowl ended last January, Brees and the Saints’ coaches shared an emotional moment, thinking that was the end before Brees decided to return for the 2020 season.

There is no concrete timetable on how long Brees will be sidelined while recovering from fractured ribs and a collapsed lung, but the phrase “four to five weeks” came up a few different times this past week from various sources. Brees was placed on injured reserve this past week, meaning he will miss at least three games — beginning with Sunday’s contest against Atlanta.

Brees told ESPN’s Ed Werder on Sunday that doctors have been encouraged by his progress, specifically improvement in lung function and the continued dissipation of the pneumothorax suffered in the first half of last Sunday’s victory over the San Francisco 49ers. The 13-time Pro Bowler told Werder he is hopeful that he will be ready to play as soon as he’s eligible in Week 14.