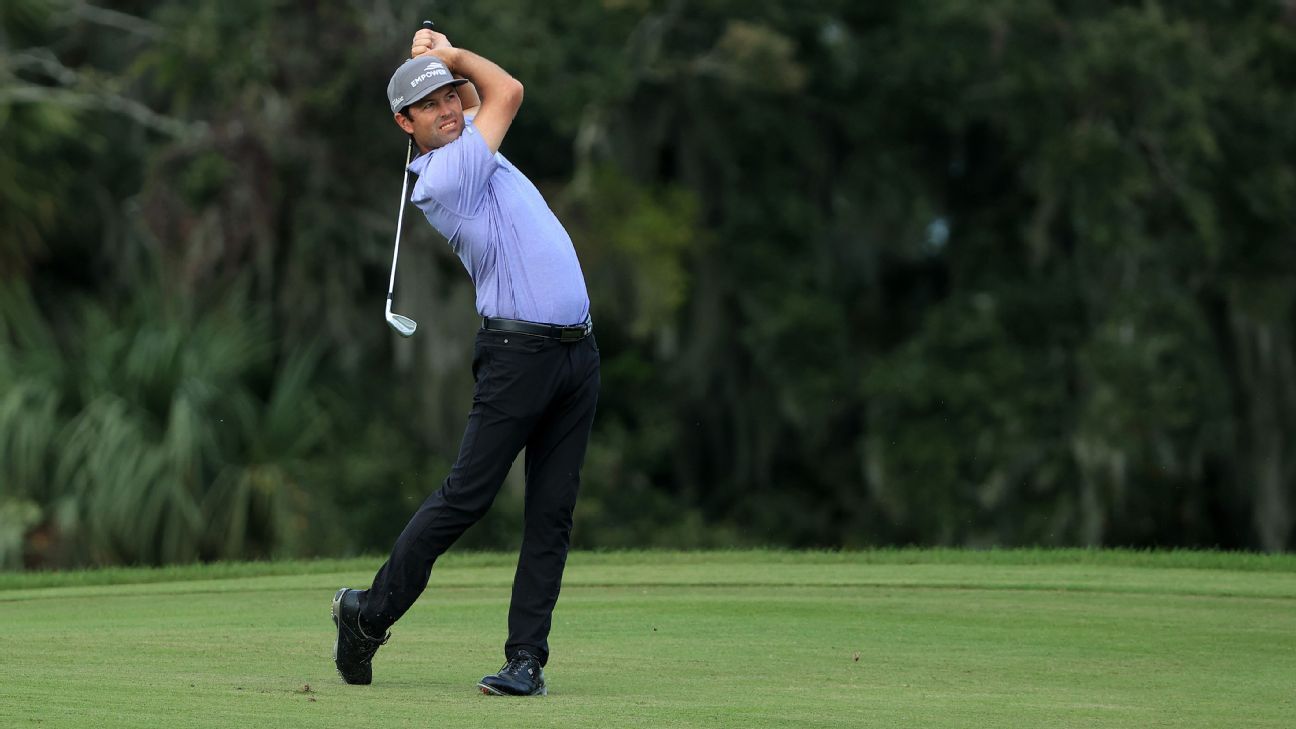 ST. SIMONS ISLAND, Ga. — Robert Streb made an 8-foot par putt to stay alive in a playoff and ended it on the second extra hole Sunday with a pitching wedge that came an inch from going in, giving him a victory over Kevin Kisner in the RSM Classic.

Streb won for the second time on the PGA Tour, his other title also coming in a playoff at Sea Island six years ago.

He rallied from a five-shot deficit in 2014. This time, he lost a three-shot lead until a 6-iron to 12 feet on the par-3 17th hole for a birdie that allowed him to close with a 2-under 68 and force extra holes.

Kisner, whose first of of three PGA Tour titles came at Sea Island in 2015, closed with a 63.

Kisner had the advantage on the 18th hole on the Seaside course for the first playoff hole. His approach caught a good bounce and left him a 15-foot birdie putt, while Streb drove into the bunker, couldn’t reach the green and his pitch from about 30 yards away still came up some 8 feet short.

Kisner missed, and Streb rolled in his par putt. They returned to the 18th again, and Streb had a flyer lie in the rough left of the fairway. He went with pitching wedge from 158 yards expecting it to come out hot, and it did. It was close to perfect, the ball landing softly and rolling just over the left edge of the cup.

Kisner’s tee shot settled in the Bermuda rough to the right of the fairway, and his approach bounded over the green. Knowing his chip had to go in, he ran it some 20 feet by and holed that for a meaningless par with Streb inches away.

The victory came at just the right time for Streb, who had to return to the Korn Ferry Tour Finals more than a year ago just to regain full status on the tour. Because of the COVID-19 pandemic that shut down golf for three months, no one lost his current status. Streb missed out on the PGA Tour postseason again, but kept his card.

Now he has a two-year exemption through the end of August 2023, and he returns to the Masters in April.

In 11 tournaments of the new season, Streb is the fifth winner to be ranked outside the top 300 in the world.

Kisner did well to get in the playoff after starting five shots back. He made five birdies in 10 holes, including a pitch from thick rough in the middle of a sandy waste area to tap-in range on the par-5 seventh. He caught Streb with a 6-foot birdie on the 13th hole, and stayed in the game with an 18-foot par putt from the fringe on the next hole.

Streb missed a pair of 5-footers on the back nine, one for par and another for birdie on the par-5 15th, but he delivered the key shots when he needed. One of them was his 6-iron on the 17th. The shot he’ll remember is the pitching wedge he nearly jarred that gave him the victory.