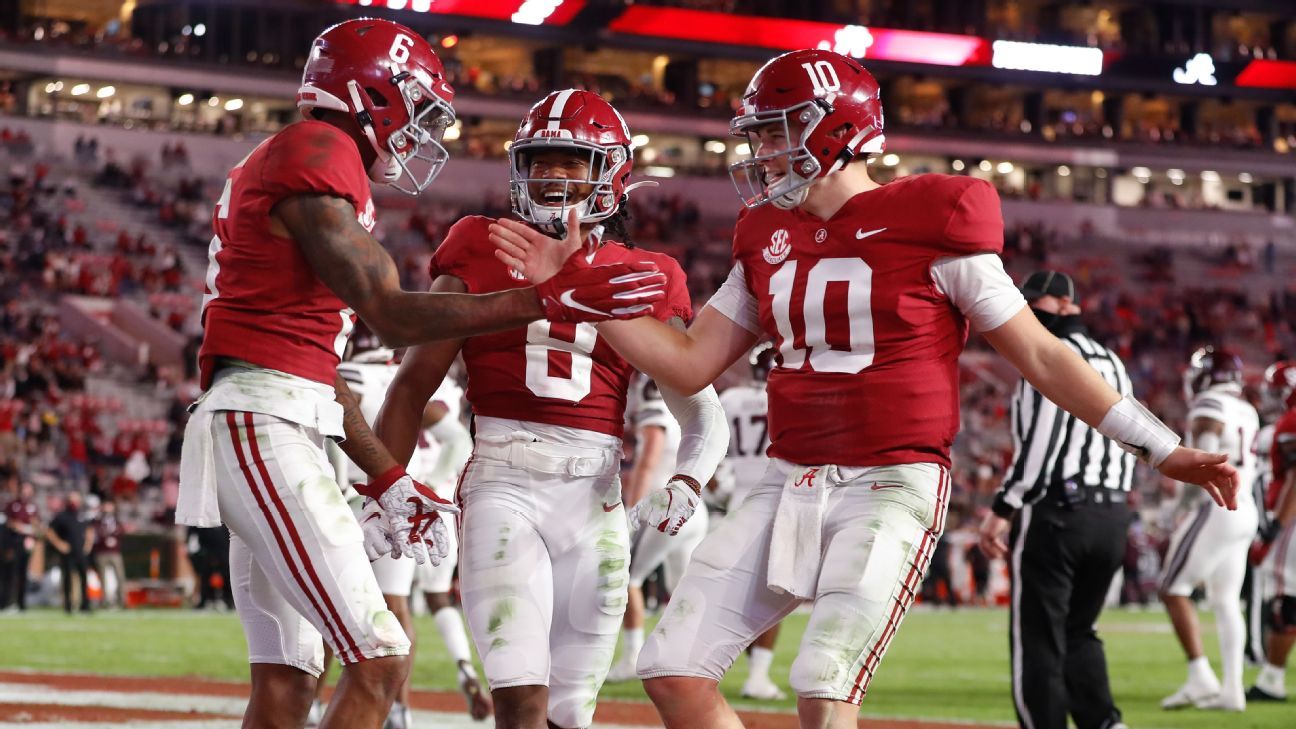 Alabama is now a unanimous No. 1 in The Associated Press college football poll, and Northwestern moved up to No. 11 on Sunday for its best ranking in 24 years.

For the second straight week, the top eight teams in the poll held their spots. The Crimson Tide received all 62 first-place votes after beating Kentucky 63-3, making Alabama the first unanimous No. 1 this season and the first team to do it in the regular season since 2018.

Notre Dame was No. 2, followed by Ohio State, Clemson and Texas A&M. Florida was No. 6, and No. 7 Cincinnati and No. 8 BYU also held their spots.

Northwestern moved up eight spots after beating Wisconsin 17-7 to improve to 5-0. The Badgers slipped eight spots to 18th.

The Wildcats were last ranked this highly in 1996. The year after their surprising run to the Rose Bowl, coach Gary Barnett’s team reached a high of No. 10.

No. 12 Indiana dropped three spots after putting a scare into Ohio State in the Big Ten’s other top-25 matchup Saturday. The Buckeyes beat the Hoosiers 42-35 after leading 35-7.

It was a rare occurrence in the early days of the poll, when college football was more regional. From 1936-66, only twice was there a unanimous No. 1.

From 1992, when Alabama finished the season by getting all the first-place votes in the poll, to last season when LSU did the same, the AP Top 25 had a unanimous No. 1 on 67 occasions.

Four ranked teams lost Saturday, but three of those defeats came against other ranked teams. Because of that, just one team fell out of the rankings.

Liberty took its first loss of the season, falling 15-14 at NC State, and is no longer ranked.

Replacing the Flames was North Carolina, which moved back into the rankings at No. 25.

No. 22 Auburn at No. 1 Alabama. The 24th Iron Bowl that will match ranked teams.

No. 2 Notre Dame at No. 25 North Carolina. The Tar Heels have almost no chance to win the ACC with two losses already, but they’ll have a say on who does with this game and Miami still to come.

No. 15 Iowa State at No. 20 Texas. Cyclones can clinch a spot in the Big 12 championship game, but the Longhorns would be in prime position with a victory.