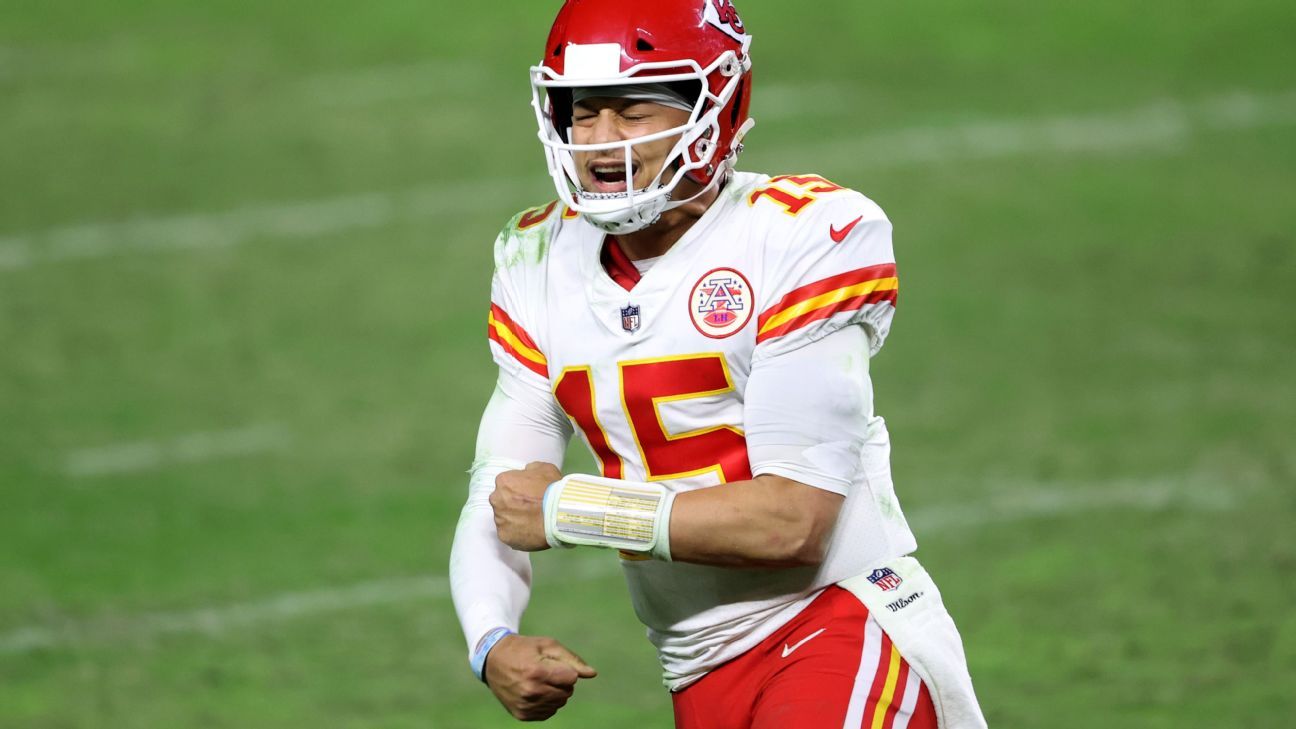 Patrick Mahomes picked a good time to throw the first go-ahead touchdown pass in a game’s final two minutes of his career.

Mahomes’ 22-yard touchdown pass to Travis Kelce with 28 seconds left lifted the Kansas City Chiefs to a 35-31 win over the Las Vegas Raiders on Sunday night.

Raiders quarterback Derek Carr put up a good fight, finishing 23-of-31 for 275 yards with three touchdowns and a late interception to seal the game.

The Chiefs can set their sights on chasing the Pittsburgh Steelers for the AFC’s No. 1 playoff seed. They effectively locked up their fifth straight AFC West championship by beating the Raiders.

The 9-1 Chiefs have a three-game lead over the 6-4 Raiders with six to play. The Chiefs, looking for their fifth straight division championship, have a 99% chance to win the AFC West, according to ESPN’s Football Power Index.

The Raiders, who beat the Chiefs in Week 5 at Arrowhead Stadium, were looking to become the first AFC West opponent to sweep a season series from Kansas City since 2014, when the Broncos did it. The Chiefs haven’t been swept by the Raiders since 2012, the year before Kansas City hired Andy Reid as head coach.

The Chiefs are 13-3 against the Raiders with Reid as their coach.