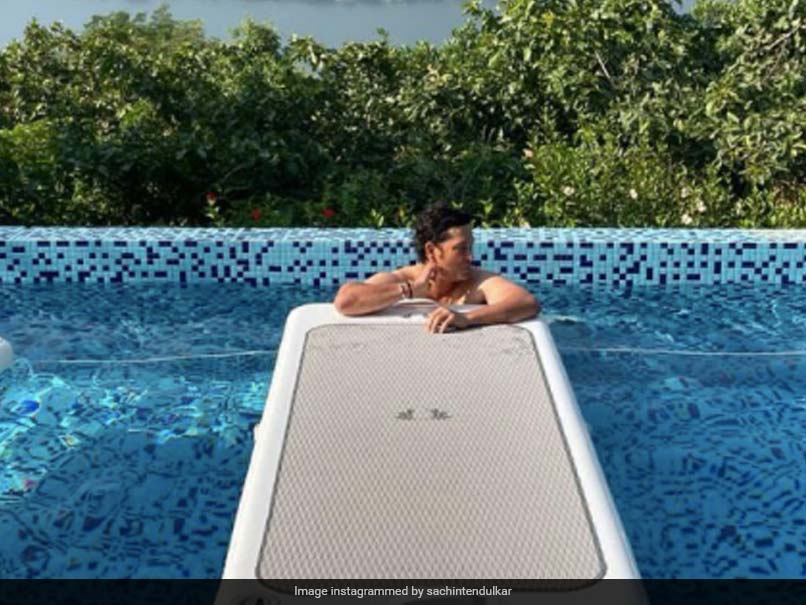 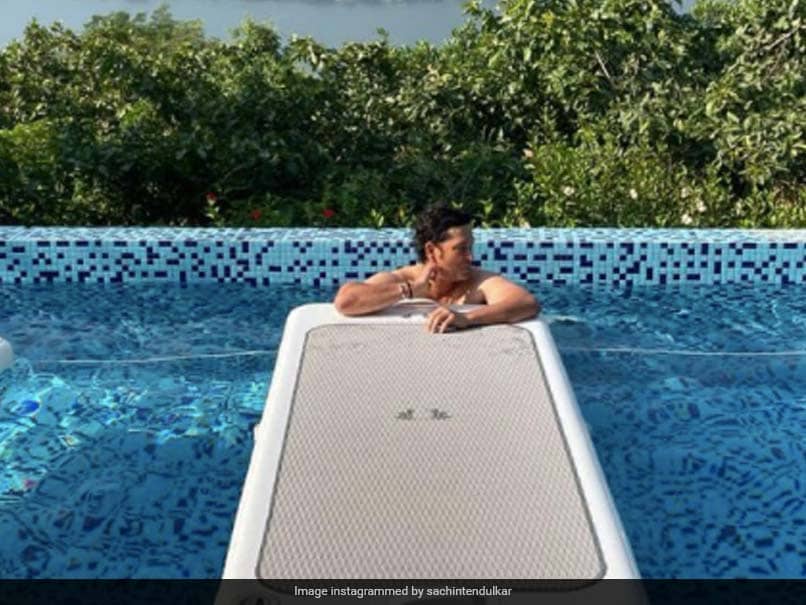 
Sachin Tendulkar took to social media to pass on a #MondayMotivation message to his fans with some groovy photos, where he could be seen having a good time in a swimming pool. The former India cricketer has been active on social media since the coronavirus lockdown began, and he has been sharing photos regularly. Relaxing in the pool, Tendulkar shared two photos via his Instagram account. The photos were captioned as, “Who said Monday Blues are bad? #MondayMotivation”. Tendulkar’s former teammate Suresh Raina commented on the post with emojis.

Fans expressed their joy in seeing the cricket legend having a good time, with many commenting with heart-shaped emojis.

The 2011 World Cup winner’s recent posts have been vibrant. They range from food recipes and family photographs to quirky moments.

Born in Mumbai, Tendulkar made his India debut in a Test match against Pakistan in Karachi on November 15, 1989. He was only 16-years-old at that time. He made his ODI debut on December 18, 1989.

India defeated Sri Lanka by six wickets in the World Cup final at the Wankhede Stadium. Tendulkar was India’s leading run-scorer and second-highest scorer overall in the tournament.

In 2019, he was also inducted into the ICC Cricket Hall of Fame.

Tendulkar finished his career in 2013 as the highest scorer in Tests and ODIs, records that stand to this day.