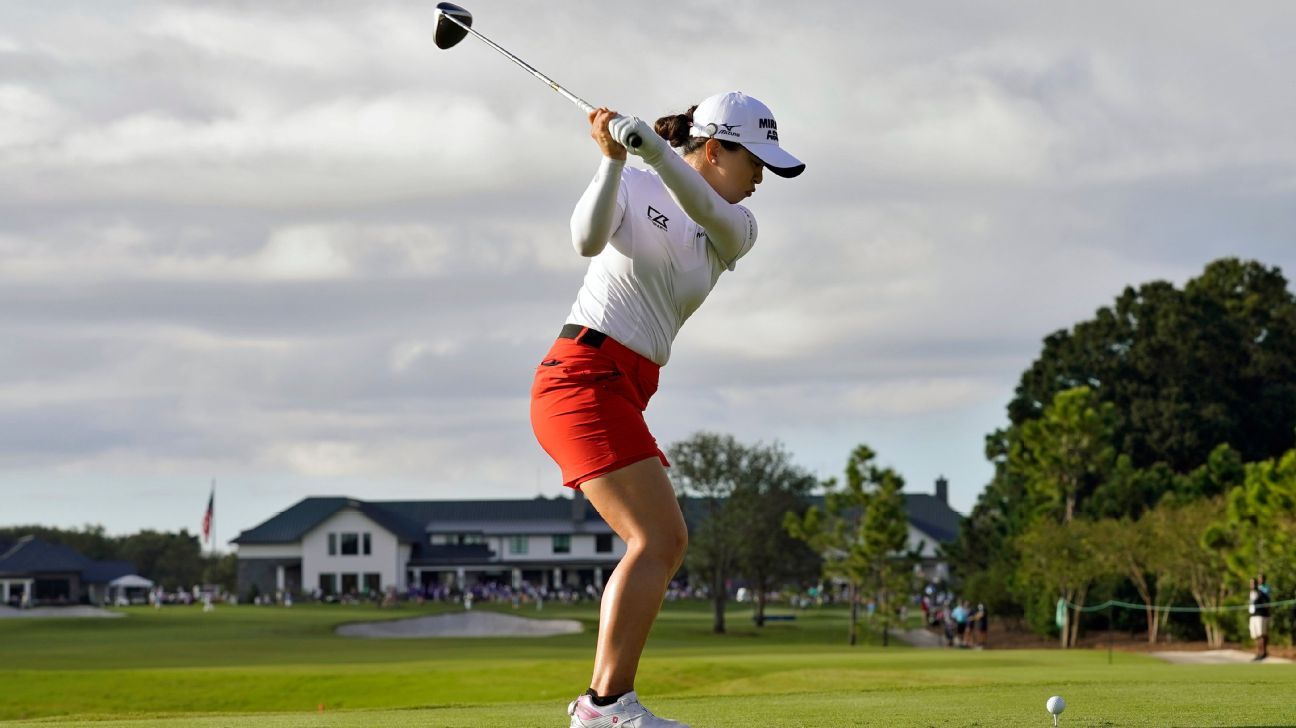 BELLEAIR, Fla. — Sei Young Kim won the Pelican Women’s Championship on Sunday for her second straight victory, closing with an even-par 70 for a 3-stroke victory over Ally McDonald.

The KPMG Women’s PGA winner on Oct. 11 in her last start, the second-ranked Kim won for the 12th time on the LPGA Tour to break a tie for third on the South Korean victory list with Jiyai Shin, behind only Inbee Park (20) and Se Ri Pak (25).

Kim was drenched in champagne during the victory celebration.

“My friends put it on my head and then my T-shirt and everything,” Kim said. “Feel like take a shower in the champagne. I still smell. And then drink a little bit and feel — feels, you know, like little drunk.”

The 27-year-old Kim is the first player to follow her first major victory with a win in her next start since Ariya Jutanugarn in 2016 in the Women’s British Open and CP Women’s Open.

“Always after win always got the extra confidence, so when I play, standing on the golf course, it feels very happy when I walk on the course,” said Kim, also a five-time KLPGA winner. “It’s really great.”

Kim finished at 14-under 266 at Pelican Golf Club in the first-year tournament originally set for the same week as the PGA Championship in May. After her victory last month at Aronimink in Pennsylvania, she took a trip home to South Korea during the long break.

“After the tournament I just want to relax and then feel fresh, make myself feel fresh, so don’t think about golf,” Kim said. “Just fun thing to do.”

McDonald birdied the last for a 68. She was coming off a victory in the Drive On Championship-Reynolds Lake Oconee in Georgia, her first on the tour.

“I’m really happy with how I played,” McDonald said. “I hung in there. … So I’m really pleased. Obviously, following a win to get another second and be in contention, that’s all I can ask for.”

Stephanie Meadow was third at 9 under after a 69.

Top-ranked Jin Young Ko tied for 34th at 3 over after a 71 in her first LPGA Tour event of the year. No. 1 in the world for the last 68 weeks, she was home in South Korea since the COVID-19 pandemic.

Kim is close to taking the top spot.