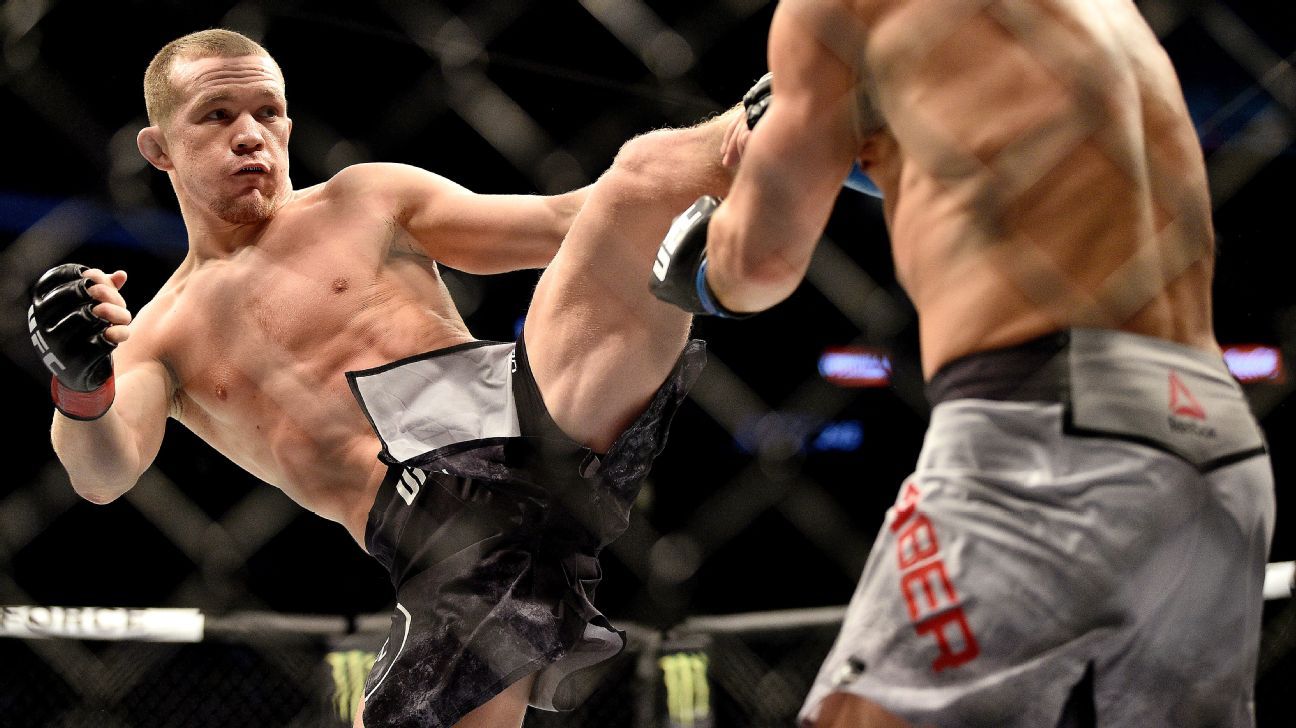 Petr Yan has been forced to withdraw from his bantamweight title defense against Aljamain Sterling at UFC 256 on Dec. 12 in Las Vegas for undisclosed reasons, sources confirmed to ESPN following reports out of Yan’s native Russia.

Yan is not injured, sources said, but no date for rescheduling the fight has been set.

It would have been Yan’s first title defense. He won the vacant title by stopping Jose Aldo via TKO at UFC 251 in July.

As ESPN reported early Sunday morning, a flyweight title fight between champion Deiveson Figueiredo and Brandon Moreno, who both won their respective fights Saturday night at UFC 255, will be added to UFC 256.

With Yan vs. Sterling off, Figueiredo vs. Moreno will now headline the pay-per-view card. The 21-day turnaround for Figueiredo would be the quickest one ever for a champion or challenger in UFC history, according to ESPN Stats & Information.

UFC 256 is also expected to feature a lightweight contender bout between fan favorite Tony Ferguson and the red-hot Charles Oliveira.