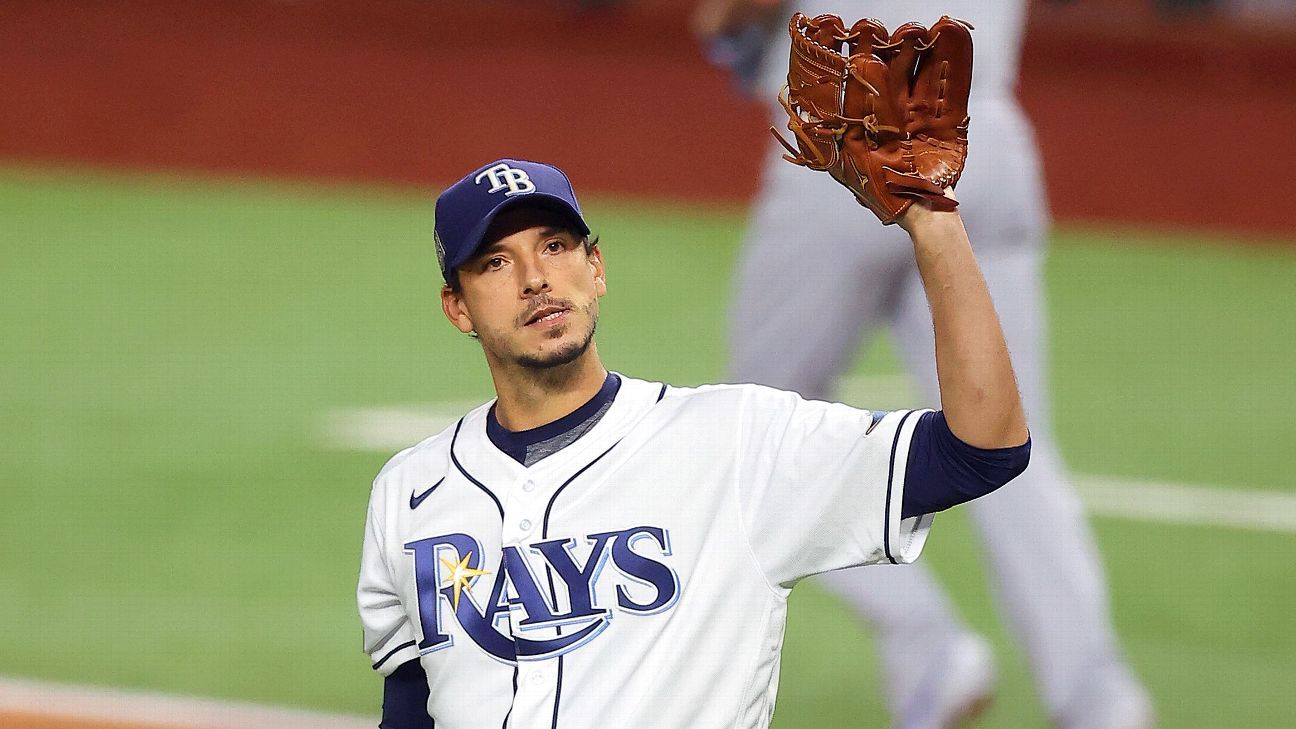 Right-hander Charlie Morton signed a one-year, $15 million contract with the Atlanta Braves on Tuesday, further bolstering the rotation of the team that fell a game short of the World Series and could return even better in 2021.

Morton, 37, has burnished his reputation as a big-game pitcher in recent years, finishing Game 7 of the 2017 World Series with Houston and winning Game 7 of the American League Championship Series this season for the Tampa Bay Rays.

Atlanta, which went into this postseason short on starters, now boasts among the best rotations in baseball, with Morton and their other free agent signing, Drew Smyly, joining the young core of Max Fried, Ian Anderson and Mike Soroka, who should return from a torn Achilles a month or two into the season. Before Soroka returns, right-handers Kyle Wright and Bryse Wilson could take his rotation spot.

Morton was available only after the Rays turned down a $15 million club option. While they wanted to re-sign Morton, they were unwilling to match Atlanta’s offer, bringing Morton back to the team that drafted him in 2002 and with whom he debuted six years later.

Atlanta’s strategy of targeting high-dollar free agents on one-year deals, which has been largely successful under president of baseball operations Alex Anthopoulos, has been repeated with Morton and Smyly, who signed for $11 million. Atlanta could see its latest triumph in that group, slugger Marcell Ozuna, leave via free agency this winter.

Even then, Atlanta’s pitching could stack up with the best in the National League East, including the Washington Nationals, and gives the Miami Marlins, New York Mets and Philadelphia Phillies even more to handle as they try to dethrone the Braves, who have won three consecutive division titles.

In his two seasons with Tampa Bay, Morton, who has been lauded for his work with the Rays’ younger pitchers, went 18-8 with a 3.33 ERA and was third in the AL Cy Young voting in 2019.

Morton did not receive no-trade protection in the deal, which is a straight $15 million with no incentives, sources told ESPN’s Buster Olney.