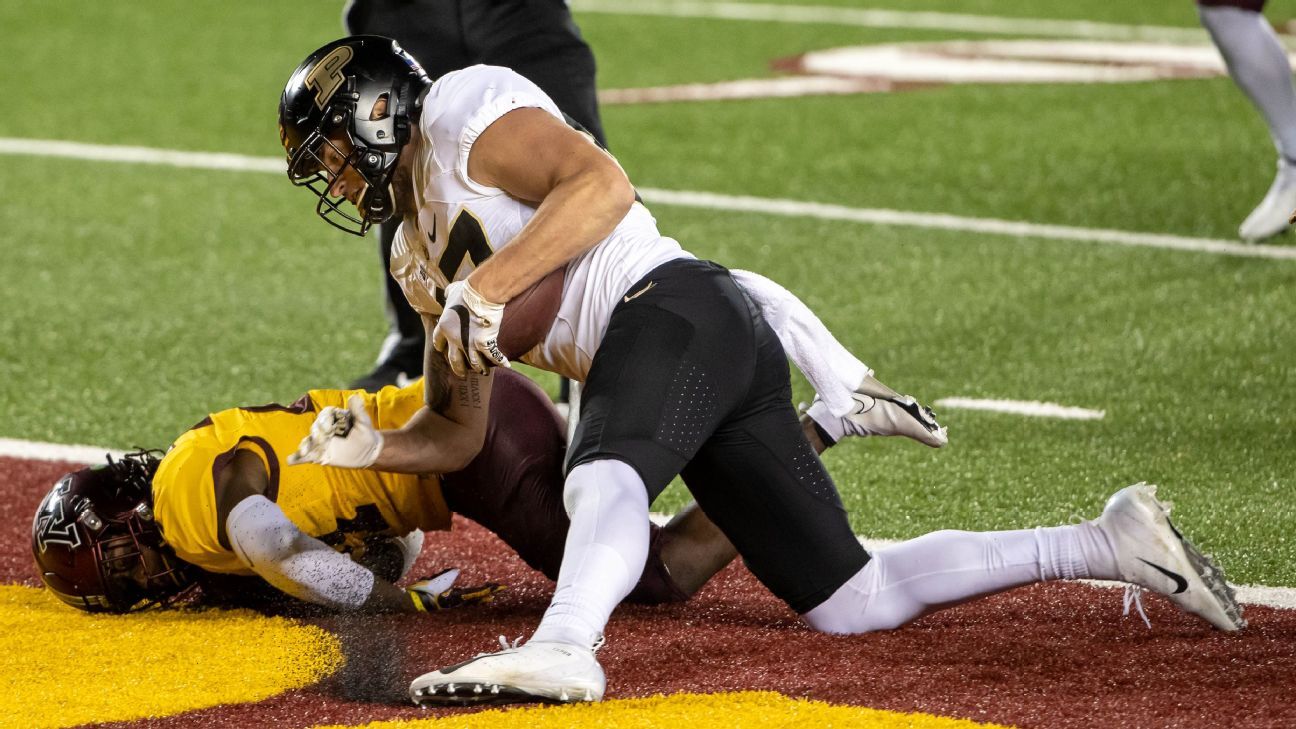 Purdue coach Jeff Brohm said the team is moving forward after a controversial offensive pass interference penalty at the end of Friday’s loss at Minnesota.

Brohm on Monday said he had spoken to the Big Ten office about the offensive pass interference foul on tight end Payne Durham with 52 seconds left in the game. The penalty wiped out the go-ahead touchdown for Purdue. Quarterback Jack Plummer threw an interception on the next play as Minnesota prevailed 34-31 at TCF Bank Stadium.

Replays showed Durham and Minnesota defensive back Phillip Howard hand-fighting as they ran toward the end zone. Durham briefly extended his right arm as Howard grabbed onto it, before catching the touchdown pass. Brohm declined to elaborate on the call Friday, saying only, “I didn’t like it at all.”

Asked if Durham pushed off before making the catch in the end zone, Howard said, “Refs made a call. We still had to finish the game.”

Purdue next plays this Saturday at home against Rutgers. Brohm on Monday said quarterback Jack Plummer would make his second straight start in place of the injured Aidan O’Connell, whose return timetable is unknown.