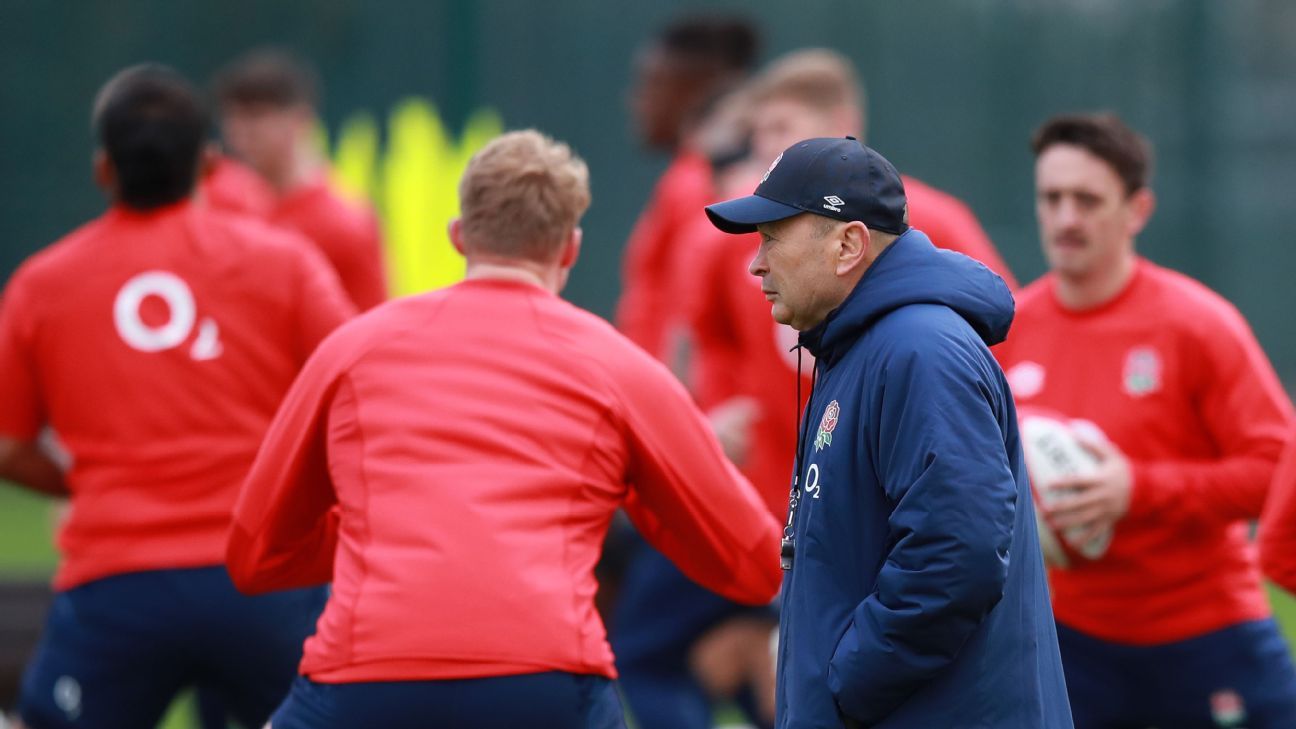 Flanker Jack Willis, winger Anthony Watson and hooker Luke Cowan-Dickie have all been included in Eddie Jones’s extended 25-man squad to face Wales in the Nations Cup on Saturday, but centre Ollie Lawrence will miss the game with a hip injury.

Willis made a try-scoring debut against Georgia two weeks ago, but was left out of last weekend’s win over Ireland. He is among a strong group of back row options for Jones alongside Sam Underhill, Tom Curry, Billy Vunipola and Ben Earl — one of whom is likely to miss out when he names his match 23 on Thursday.

First-choice wing Watson is back for the first time after picking up an injury in the final Six Nations game against Italy last month, while Cowan-Dickie has recovered from knee surgery and is fit for a probable place on the bench, with Jamie George starting.

A win or draw for England in Llanelli will put them top of Group A in the new competition and set up a title decider at Twickenham on Dec. 6, when, subject to Thursday’s government tier announcement, there could be 4,000 fans to watch the game.