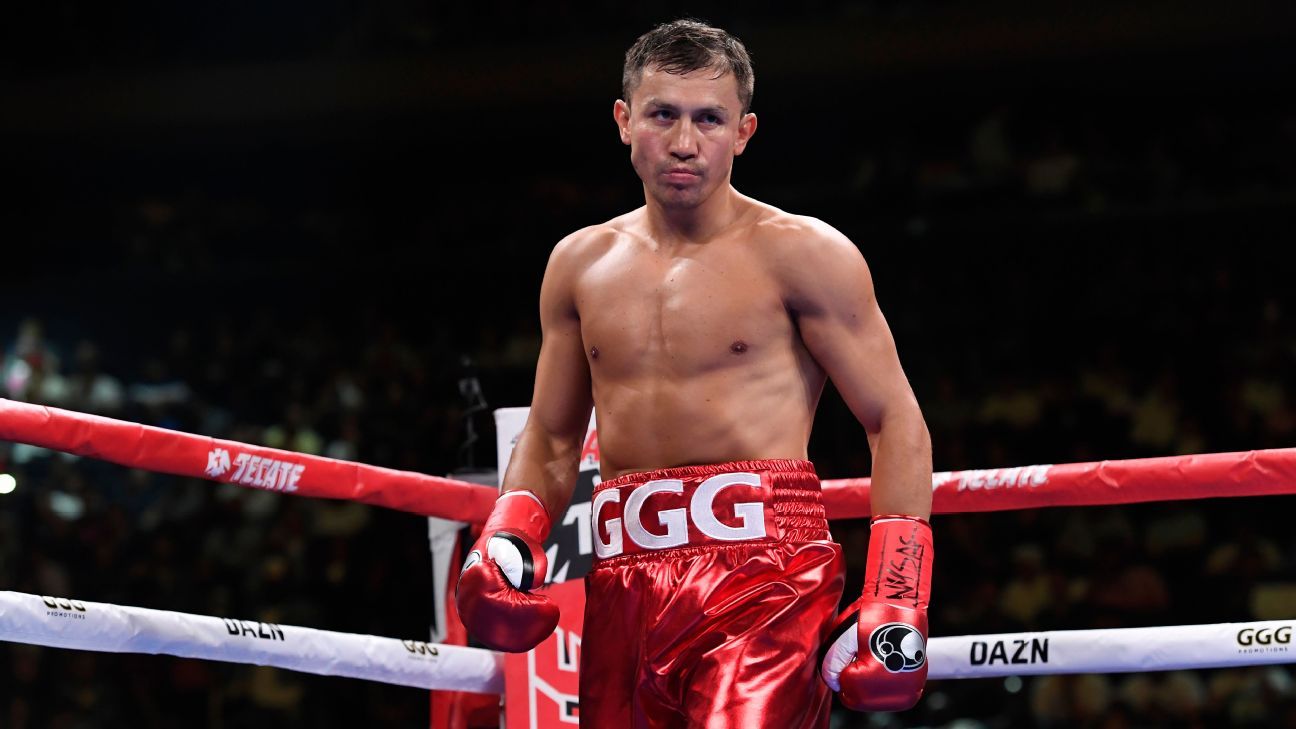 The bout was initially scheduled for February and then April, with the latter date scrapped due to the COVID-19 pandemic.

The Golovkin-Szeremeta fight will take place one day before Saul “Canelo” Alvarez’s matchup against Callum Smith. If Golovkin and Alvarez win their respective bouts, it could set up a trilogy battle between the two stars in 2021.

Golovkin (40-1-1) has not fought since a close, unanimous-decision win over Sergiy Derevyanchenko to win the IBF and IBO middleweight titles on Oct. 5, 2019. Golovkin, a 38-year-old native of Kazakhstan, has just two blemishes on his record — a close loss and a draw against Alvarez.

This will be Golovkin’s third fight as part of a three-year, six-fight deal with DAZN that is worth nine figures.

Szeremeta (21-0) fought on that GGG-Derevyanchenko card in 2019, beating Oscar Cortes via second-round TKO. This will be the biggest fight thus far for the 31-year-old native of Poland.