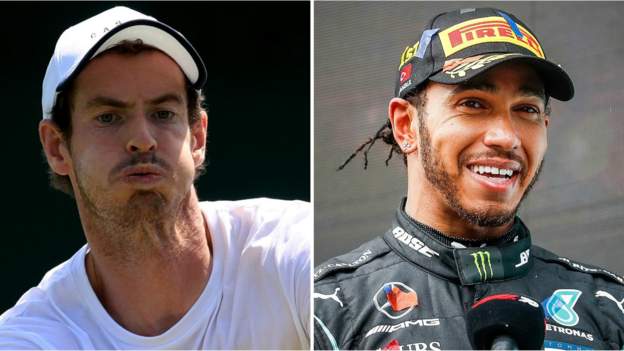 “In terms of what he has achieved as an athlete, of course he deserves it,” the Murray, 33, told Good Morning Britain.

“He’s one of the most successful sportspeople in the country’s history.”

Murray, given his knighthood in the New Year Honours in 2017, added: “He supports some great causes as well away from the racing track, so yes I would say he definitely deserves it in terms of his success.”

Hamilton, 35, who was made an MBE in 2009, recently told the BBC’s Sally Nugent that it would be his “happiest day ever” if he got the chance to be honoured by the Queen again.

“The knighthood will be seen as recognition of not just his driving but also as a black driver that has bust another door open for anyone who is not white,” said the 60-year-old.

“He has destroyed the preconception that it can’t be done, that there is an area where you cannot achieve something because of the colour of your skin. He has totally destroyed that notion.”

He already holds the record for most pole positions and earlier this season overtook German Michael Schumacher’s total of 91 F1 race wins.