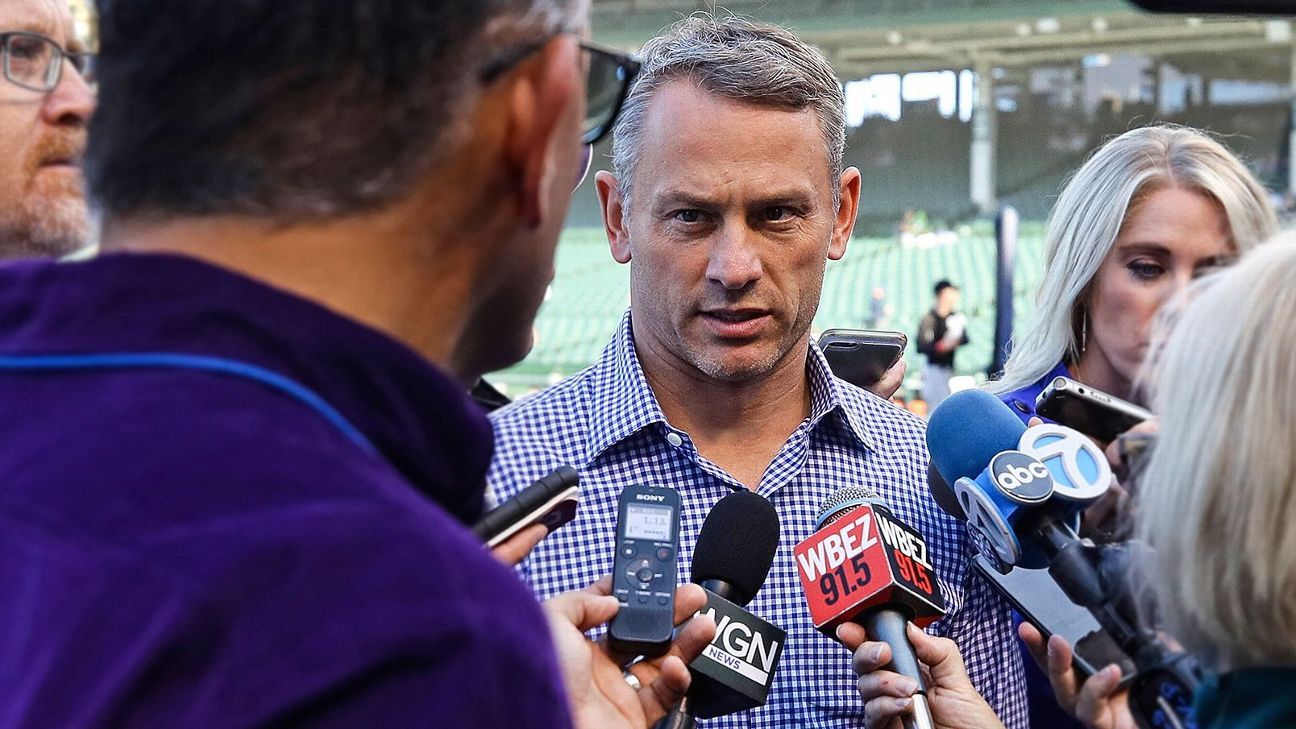 CHICAGO — The picture emerging of new Chicago Cubs president of baseball operations Jed Hoyer is one of a baseball rat who is every bit as knowledgeable about the game as his predecessor, a likely Hall of Fame executive by the name of Theo Epstein.

Some observers might view Hoyer’s ascension to the role as the team’s top baseball decision-maker as stepping outside of Epstein’s long shadow, but for those in the game, it’s not a dramatic move — it’s the easy call.

“If there was GM draft, Jed would be a first-rounder,” one agent quipped. “He’s well equipped for this job.”

The Cubs agreed, giving Hoyer a five-year contract on Monday, days after Epstein stepped down. Hoyer has his work cut out for him leading an organization in a bit of a transition. Their World Series triumph in 2016 isn’t exactly fading from memory, but the remnants of that team have come up short over the past four seasons. It’s now Hoyer’s job to take what he learned from Epstein and apply it — while putting his own mark on a retooling of the roster.

“If people think of him as Theo’s guy, I think that would be an incredible compliment,” Pittsburgh Pirates general manager Ben Cherington said. “Theo’s a Hall of Famer. You don’t get to be Theo’s guy unless you are really good yourself. Jed can hang with Theo because he can match him intellectually, he can think quickly on his feet [and] he has the empathy to relate to everyone in baseball operations and players. He can take feedback and do something with it, he can navigate difficult conversations, and he can do all of that without needing credit.”

That last thought is much of what Hoyer was as Cubs general manager over the past nine years. While decision-making was nearly equal between Epstein and Hoyer, it was mostly Epstein who got the credit and stood in front of the cameras. Not by his choice, of course, but that’s just how the narrative was written. That behind-the-scenes equality is why Hoyer isn’t intimidated by following in those big footsteps.

“I don’t look at it as following him,” Hoyer said in a Zoom conversation with reporters on Monday. “I’ve been here the whole time. If you think about it as following a Hall of Fame executive, that can be daunting. If you look at as following your mentor, after having been part of it for nine years, that’s probably a better way to view the experience.” 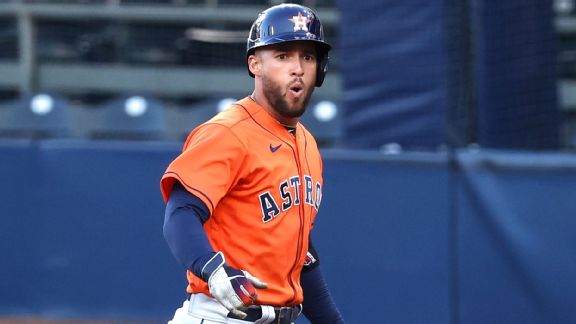 Both Epstein and Hoyer stressed the latter is his own man. In fact, their paths to the top job were very different. You might think Hoyer is one of those Ivy League guys who worked his way up, but he actually played the game in college for Wesleyan University in Connecticut. Later, he joined the Boston Red Sox in the front office, where Epstein and Cherington and current Arizona Diamondbacks general manager Mike Hazen all worked together. That’s when those around him learned he had a passion for the game that knew no limits.

“When Jed was an intern with the Red Sox, it was back in the day when we still used voicemail to share information from the previous night’s minor league games,” Cherington explained. “One of Jed’s jobs was to share minor league pitching lines with one of our staff members through voicemail. It was just him literally reading the lines into a voicemail recording. But he did it with such passion and tonality, it sounded like he was having a real conversation. It was beautiful.”

Eventually, Hoyer landed his own gig in San Diego, but after two years, he joined Epstein in Chicago to help break a second “curse.” After winning two titles with the Red Sox, the duo broke a 108-year title drought with the Cubs. Epstein’s legacy was made. Hoyer isn’t far behind him.

“The championship reservoir is about the water,” agent Scott Boras observed. “If ownership gives a dam, Jed has the wrench to control the valves.”

“Slightly different personalities,” Padres GM A.J. Preller said. “Both guys are very direct. They know what they want. They’re very informed. When you deal with them, they are very prepared and not afraid to make trades. There are more similarities between the two.”

An agent added, “They complement each other extremely well and have more similarities than differences. … In casual settings, they are both funny, can take an insult and can enjoy the moment. In business, Theo is fiercely bright, doesn’t have much patience for pleasantries and has a short fuse. Jed is intelligent, thoroughly prepared, never at a loss for words or retort, can disarm you with his charm and has greater tolerance. Interestingly, their approaches are different, but they almost always manage to achieve their objective.”

That description fits the duo’s public persona as well. Even Epstein got a taste of Hoyer’s style when the two pulled off a big trade between the Red Sox and Padres in 2010. Anthony Rizzo — who would end up being a mainstay on the Cubs — went from the Red Sox to the Padres for Adrian Gonzalez.

“He can butter you up with the easy conversation, with the small talk and the pleasant demeanor, but in the end, he knows what he wants and has a way of being able to get it,” Epstein said of his protégé. “He wanted Rizzo. I kept trying to give him Lars Anderson instead. I can mention this because Lars is a good friend. But even Lars would admit he’s no Anthony Rizzo, so we were trying to give him Lars, but Jed wouldn’t take Lars Anderson. He wanted Rizzo.” 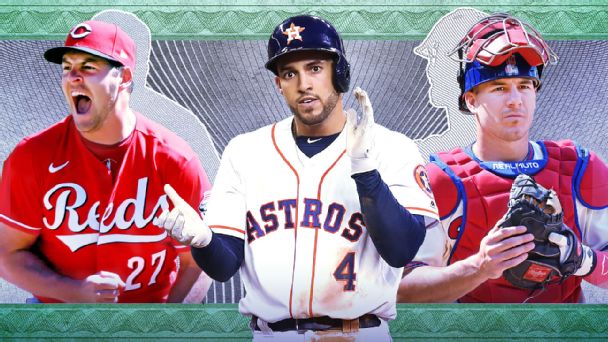 In conversations with those around the league, two things kept coming back regarding Hoyer: his passion for the game and that equality with his predecessor. It showed up in that deal for Rizzo.

“Jed carries himself with the utmost humility and professionalism, and always knows more about his team and, usually, your team than you do,” Hazen said via email. “He made a lot of really good moves in San Diego and will certainly do that again here.”

The Cubs are counting on it. Taking over in a pandemic — while losing one of the great minds in the game — isn’t exactly the easiest of transitions. The good news is Hoyer hasn’t shown any drop in his passion for the sport in the long years since he was a young intern with the Red Sox.

“He loves talking about the game with anyone else who is interested in the game,” Cherington said. “Doesn’t matter who you are or where you come from. We used to joke that if he found a tree that really loved the game, he could strike up a conversation with the tree.”

Hoyer will get plenty of time to talk baseball now, as he’ll initially be doing the job of two while the Cubs search for a general manager to take his old job. In the past, he and Epstein would split up the phone calls to agents and executives.

“The last couple years, he’s really grown,” Epstein said. “I’ve challenged him in some respects. He’s really jumped in and enhanced his efforts to be a central part of every discussion in the organization. His relationships have grown.”

That growth is a major reason Epstein stepped down with a year remaining on his contract. In short, Hoyer is ready to be a No.1 with a high-profile team. If he succeeds, that shadow he’s stepping out of will fade in short order. For many, it already has, but that doesn’t mean Hoyer won’t be compared and scrutinized from the outside. After all, there are few better than the man he’s replacing.

“Theo was a brilliant executive,” Hoyer said. “With that, he handles a lot of things with ease. Some of those things he made look easy are actually much more difficult. There’s a lot of slack I’ll have to pick up. A lot of things Ill have to work hard that he did easily.