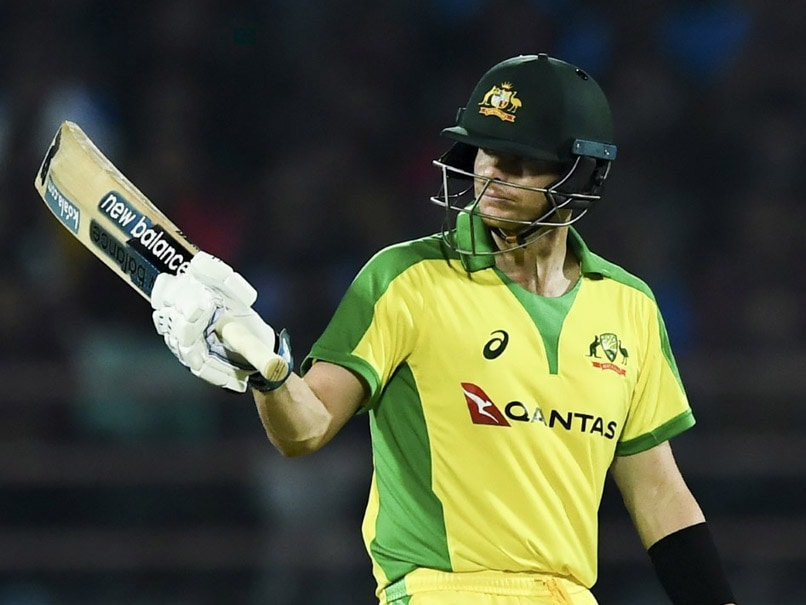 Australia’s coach Justin Langer on Wednesday confirmed the return of star batsman Steve Smith for the upcoming ODI series against India which gets underway on Friday. Smith, who last played an ODI game in March this year, has been going through a lean patch. The right-handed batsman scored 311 runs in the IPL after entering the showpiece on the back of a disappointing series in England. He had missed the ODI series against England after suffering a concussion in training.

In three T20Is against England in September, Smith scored 31 runs, but the Rajasthan Royals skipper has now found some good rhythm ahead of the white ball series and he is really excited about it.

“We’ll probably lean that way (picking Smith for Marsh) but we did learn and we’ve talked about in our foundation for one-day cricket going forward, we really like that extra bowling option,” cricket.com.au quoted Langer as saying.

“In England, we had Mitch Marsh, Marcus Stoinis and Glenn Maxwell able to get us at least 10 overs. So we like that combination, the extra allrounder,” he added.

The coach admitted that selectors are suffering from a ”good headache” finalising the playing XI.

“Obviously Steve will come straight back in and there’s some headaches but they’re good headaches. There’s a lot of talk about selection, they give you a few headaches, but I promise they’re really good headaches to have,” he added.

If the selectors want to go with the extra all-rounder, the next headache will be making a choice between Moises Henriques and Cameron Green.

Langer said the two-seam bowling all-rounders are at different ends of their careers and both the players look good to be in the playing XI.

“Henriques is very, very experienced. He’s in great form, deserves his opportunity back in the team on performance. Then you’ve got Cam Green, the youngster, 21 years old, huge potential,” said Langer.

“He’s bowled the last two Shield games for Western Australia. I’ve said publicly if we’re going to pick Cameron Green he has to be bowling in one-day cricket specifically, not so much in T20 cricket or Test cricket because we go for a different set-up in those two forms of the game,” he added.

After the white-ball leg, both sides will shift their attention to the longest format of the game. The first Test between India and Australia will be a day-night contest.

The four-match series will be a part of the World Test Championship (WTC). Australia are on top of the standing while India is at the second position after ICC altered the points system for WTC due to the coronavirus pandemic.