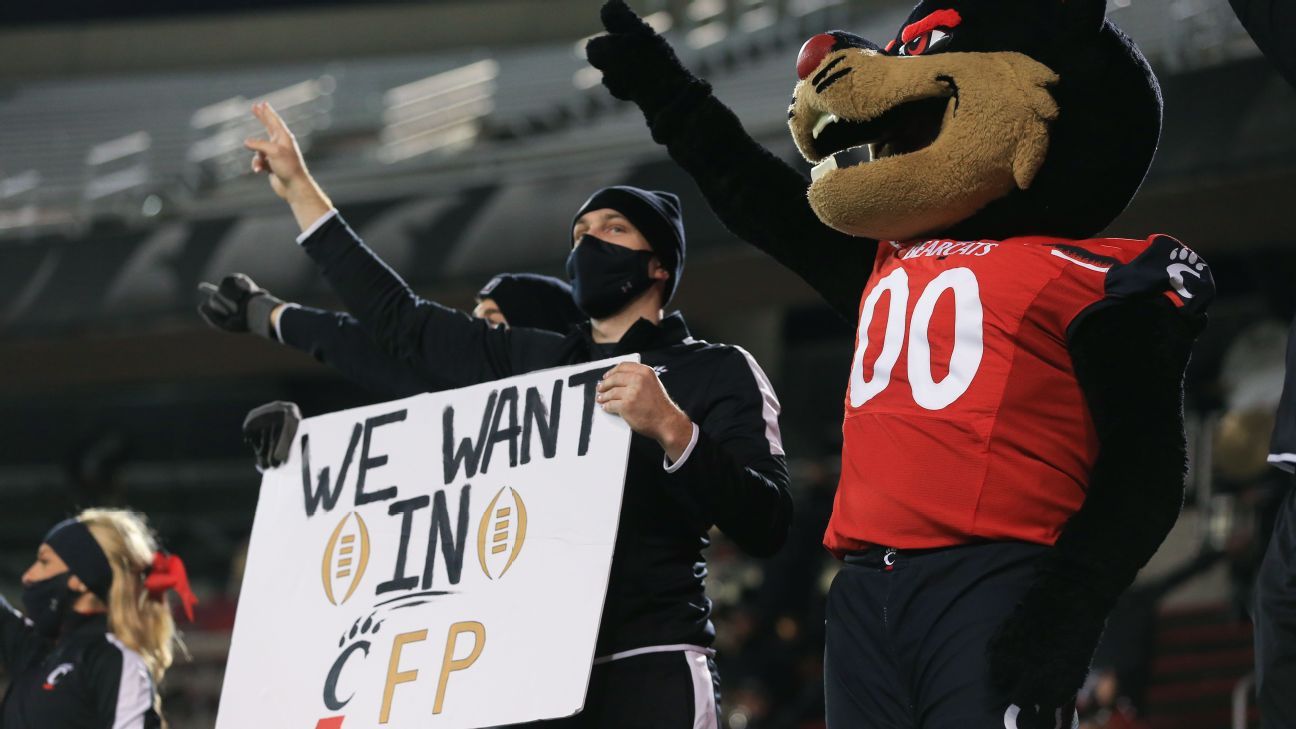 [Editor’s note: The first College Football Playoff rankings for 2020 are out, but the Bottom 10 has been here all season, thanks to big names like Penn State, Stanford and Cal.]

Inspirational thought of the week

The more you ignore me
The closer I get

— “The More You Ignore Me, the Closer I Get,” by Morrissey

Here at Bottom 10 Headquarters, located behind a giant vat of David Pollack’s protein powder, we snuck out of the office and made a secret road trip to Grapevine, Texas. Why? Because we heard our arch-nemesis, the College Football Playoff Selection Committee, was having its first meeting of the 2020 season over in its swanky digs at the Gaylord Texan Resort.

If you have read these rankings over the past several years, you know that while the CFP has met in a mahogany-covered conference room with its supercomputers, leather recliners and unlimited supply of snacks, our Bottom 10 Selection Committee has been relegated to the DFW Hacienda Courts, located 1 mile (and tens of millions of dollars) down the road.

As the committee met to determine Tuesday night’s first rankings, we decided we’d had enough of its hoity-toity ways, so we bought toilet paper and eggs and headed out to crash its party and “decorate” its digs. But when we got there, we realized that when we shouted “Take us to the Big D!” into our smartphone, the GPS made an algorithm-based assumption and led us to Duke. So we’re just going to sit here and see if they’ll maybe take us with them to Georgia Tech this weekend.

With apologies to Bill Hancock and Steve Harvey, here is this week’s Bottom 10.

There are those out there who continue to argue with us that ULM is not the worst team in the nation (ahem, Bill Connelly and your super-weird Illudium Q-36 Explosive Space Modulator-powered math), but consider this: the Warhawks are one of only two eight-loss teams in the nation, the only one of those two that is winless, and they haven’t played a game since Nov. 7. So, ulm, they totally are.

The Other Aggies are still without their head coach or starting quarterback, and were also without a game last weekend as their contest against Wyoming was canceled. This weekend, the Utes not only have a game, but they also have the game: hosting the Turkey Day Pillow Fight of the Week Act I on Thanksgiving when fellow 0-4 Mountain Westerners Whew Mexico come to town.

Kansas also had its game canceled last weekend, but somehow still lost to Texas by 30 points.

When I was in college, I had a friend who so badly wanted to be accepted into the coolest fraternity on campus that he lost 30 pounds, got a new haircut, bleached his teeth, changed his major to business, spent way too much on a BMW lease, bought a whole new wardrobe and dumped his fiancée. But when he showed up for pledge night, the frat still tried to send him to the kitchen because they thought he was with the caterers. Just call it the Coveted Fifth Spot of Rush Week. So, it was no surprise that when the College Football Playoff rankings were released Tuesday night, my friend sent me a selfie, in his Cincinnati sweatshirt and BYU hat, with text that read: “Dammit, not again.”

MACtion has only been in action for a month, but it is already staking its claim — not for the College Football Playoff, but to host its very own Bottom 10 Playoff. There are currently four 0-3 teams in the MAC, with the No. 6 spot-sharing Boiling Green and Akron-monious at the bottom of the MAC East and the Eastern Michigan Emus and Northern Ill-ugh-noise sitting at the base of the MAC West. And hey, wouldn’t you know it, but BGSU and Akron play Dec. 5 while EMU and NIU play the following weekend. We are saying it now: go on and schedule the losers of those games in a showdown to be played the morning of the MAC Championship game, which, at the current rate of game-rescheduling, will likely be played on Memorial Day weekend.

Meanwhile, in the #goacc, I can’t decide what’s more irritating, all of these Syracuse fans who have spent all season complaining that I have dissed them in the Bottom 10, or FSU and Clemson still complaining all the way into Tuesday afternoon about who dissed who when this past Saturday’s game was canceled at the last minute. Yeah, you’re right, it’s definitely FSU and Clemson.

When Temple was routed by then-one-win EC-Yew, we then thought, “Man, they are really terrible, let’s make them the American Athletic Conference of America Athletics representative in this week’s rankings.” Then, we realized the Owls did have one win. Then, we realized that win was against USF. So, USF is in this spot and Temple is not. Science!

In the late 1780s, a group of people in Northeast Tennessee attempted to form its own independent nation called the State of Franklin. I have thought of that often this fall as Van-duh-bilt and Pinn State have failed to win a game and are also the only head-coaching stops for James Franklin. With this year’s relaxed bowl minimums, perhaps we can go on and book them in the Franklin Mortgage Music City Bowl. Who cares if that’s no longer the sponsor of the game. By the way, the State of Franklin only lasted six years. In related news, James Franklin is in his seventh year at Penn State.

I assume that ever since I referred to Utah State versus New Mexico as the Turkey Day Pillow Fight of the Week Act I, you have spent this entire time with gravy-bated breath wondering, “Well, WTH is Act II?!” That would be The Game Formerly Known As The Big Game, when 0-2 Stanford travels to 0-2 Cal. Perhaps I can talk my pal Gary Tyrell, a.k.a. Trombone Guy from The Game 1982, to climb one of the trees overlooking Memorial Stadium to play a really off-tune national anthem prior to kickoff.