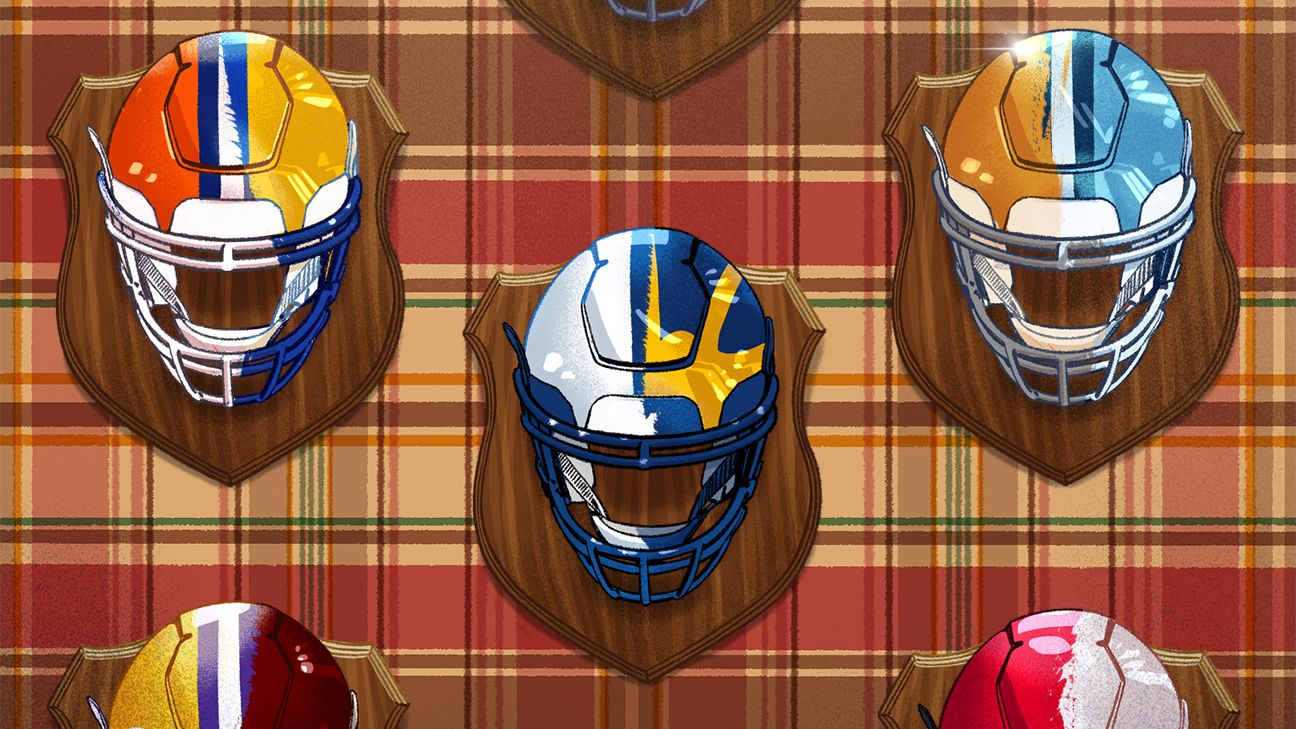 Like most things in 2020, college football’s rivalry week is a little askew.

Conferences staggered their starts. Due to the truly regional nature of the sport, there’s no uniform approach. Some leagues played nonconference games, while others haven’t. An extremely nontraditional year means our hallowed traditions are upended: Florida isn’t playing Miami or Florida State. TCU and SMU, which would’ve played for the 100th time this year for the Iron Skillet, canceled their game, then added it again, then nixed it again.

The SEC and Pac-12 mostly preserved their traditional rivalry schedules. On Friday, Stanford and Cal will play the Big Game for the Axe and Oregon and Oregon State will meet for the 124th time. Alabama and Auburn will clash in the Iron Bowl on Saturday.

But in the ACC and Big 12, we’re missing a little pomp and circumstance due to reconfigured dates and, in the ACC’s case, the one-year marriage with Notre Dame.

So let’s make the most of it. In a year full of COVID-19 cancellations, games without many (or any) fans, and piped-in crowd noise on TV, we need all the rivalry spirit we can handle.

Here are five new rivalry games the 2020 schedule delivered, or in LSU and Texas A&M’s case, a proposal for a formal declaration for a game that deserves one.

This matchup has been played just three times (1977, 2016, 2018), but it already has been part of college football history. In 2016, one Nathan Michael Peterman did something nobody else ever did: He beat Clemson quarterback Deshaun Watson in a regular-season game that Watson started and played the whole game. In that 43-42 Pitt victory, Peterman threw for 308 yards and five touchdowns. Sure, Watson threw for 580 yards that day, and sure, Watson won the actual Johnny Unitas Golden Arm Award that year and led Clemson to its first national championship since 1981. Don’t be greedy. Just let Peterman have this one.

Two of college football’s most iconic programs aren’t exactly having seasons to remember, so allow us to wax nostalgic. These teams boast the two largest stadiums in North America. Michigan Stadium holds 107,601, while Penn State’s Beaver Stadium seats 106,572. This prestigious award is a tribute to all those fans who have spent their time stuck in a giant logjam after witnessing a big game. After a season in which Wolverines and Nittany Lions fans aren’t able to attend games, they might even look forward to that again.

These teams met for the first time in 1949 in Yankee Stadium, of all places, where Frank Leahy’s Golden Domers handed Carl Snavely and the Tar Heels a 42-6 defeat. That’s pretty much been how this one has gone ever since — except 1960, when Carolina pulled out a 12-7 win. Of note: Butch Davis did beat Charlie Weis 29-24 in 2008, but that win was vacated after three star players were retroactively ruled ineligible for accepting gifts from an agent. With the lopsided record in mind, we pay tribute to a legendary Yankee from the time of the teams’ first meeting, Yogi Berra, who inadvertently described the series. “It’s like déjà vu all over again.”

There’s too much history between LSU and Texas A&M for it to be without a good trophy. The two teams first met in 1899 and played 50 times before they were in the SEC together. There’s a healthy disdain between the two, including on-field fisticuffs following the classic 74-72, seven-overtime game in 2018. So what should we name it? Les Miles once offered a suggestion: “There’s so much petroleum, right? On both ends. Maybe some kind of big petroleum something.” Thanks, Les. We think it should nod to recruiting, often the source of bad blood between the two, none more so than in 1980 when Louisiana high school star Billy Cannon Jr., the son of the legendary LSU 1959 Heisman Trophy winner Billy Cannon, opted to sign with the Aggies instead and became a first-round NFL draft pick.

Austin has become quite the player in the craft distillery boom, and none of it would be possible without those Iowa farmers. Just this year, Tito’s vodka, started by a Texas graduate named Bert Beveridge, became America’s top-selling distilled spirit. Beveridge got the first legal permit to distill in Texas in 1995, but the competition has grown since. In 2008, there were nine vodka distilleries across the state. Last year, there were 140. Many of those beverages are made from American corn, and nobody in America produces more corn than Iowa, which is projected to produce 2.4 billion bushels in 2020 alone. So here’s to you, Iowa State and Texas (and Bert Beveridge). Teamwork makes the dream work.