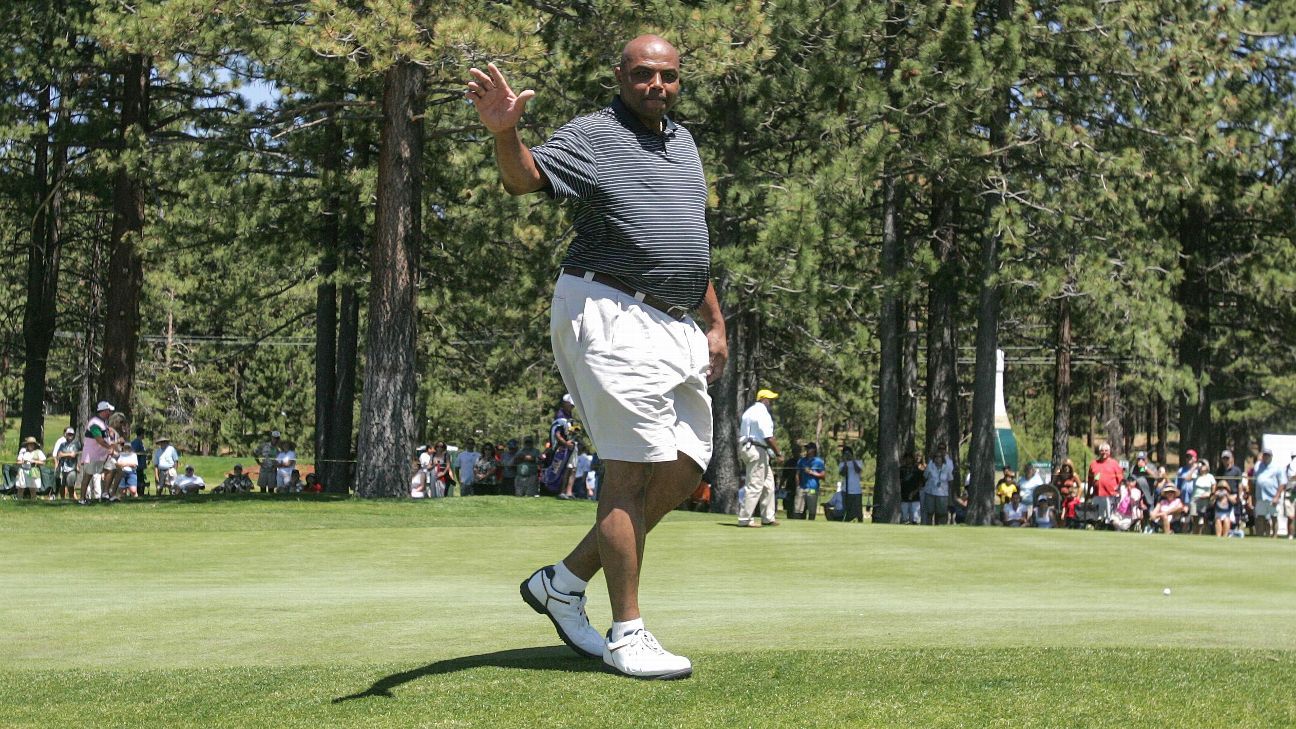 Two years ago, Tiger Woods and Phil Mickelson went head-to-head in the first of what would be a series of made-for-television golf matches. After that, they went to a team format in May, with two of the best golfers in history adding a pair of future NFL Hall of Famers in Tom Brady and Peyton Manning.

At 3 p.m. ET Friday at Stone Canyon in Arizona, they’ll do it again. Manning is back, but Woods is out. Two-time NBA champion Steph Curry, who certainly knows his way around the golf course, enters the picture for The Match: Champions for Change, which will benefit historically Black colleges and universities.

There is another significant difference this time: Charles Barkley.

It’s time to go through everything you need to know for The Match: Champions for Change, beginning, of course, with Charles Barkley.

It’s all about Chuck

Steph Curry can play. (More on that in a minute.) Peyton Manning, a member at Augusta National and a single-digit handicap, hit some good shots as Tiger Woods’ partner in the previous match. Phil Mickelson is one of history’s best players — and trash-talkers. But this match is about one person: Charles Barkley. His golf swing has been the subject of conversation — and ridicule — for years. Steph Curry, who is teamed with Manning against Barkley and Mickelson, was kind enough to offer a reminder to anyone who might have forgotten.

They’re gonna have to put that 24 second shot clock on Chuck for this thing. He’s gonna be burning daylight out there @PhilMickelson 😂😂😂 #TheMatch pic.twitter.com/1Wb38AL9QC

There are allegations that once upon a time, Barkley was actually good.

“He knows how to play the game,” Mickelson said earlier this week during a promotional roundtable. “When I played [the] first time with Charles, back in the ’90s when he was with the Phoenix Suns, he shot in the 70s every round. He hit the ball solid, with no issues whatsoever. We’re going to dig deep and bring that game back.”

Those days are long gone, which is something Barkley’s opponents were happy to point out.

“We’re going to try not to watch Charles,” Manning said. “Steph and I will probably block our vision while he’s hitting. Mentally, that’s the right way to approach it.”

Barkley alleges that his game is ready.

“If I don’t play well, I will be very disappointed,” said Barkley, who was on the broadcast crew for the May match. “I have hit balls for at least a minimum of five hours a day, and I’ve played every single day for the past month.”

Mickelson, who is an owner of Stone Canyon, has a plan.

Phil Mickelson breaks down how he plans to defeat Steph Curry and Peyton Manning with Charles Barkley as his partner.

“At Stone Canyon, we have Chuck tees,” Mickelson said. “Some people refer to them as ladies tees, but I call them Chuck tees.”

Barkley said he has done some homework around the place, playing the course three times in preparation. Manning isn’t buying that.

On Monday, when the four players in this version of The Match sat down to promote it, Brady was busy preparing for the Tampa Bay Buccaneers’ game that night against the Los Angeles Rams. He probably wasn’t expecting to take shots on a call about a charity golf event.

In his first comments, in an effort to boost Barkley’s confidence, Mickelson said he had “upgraded his partner” after losing with Brady against Woods and Manning.

“The one thing that didn’t go unnoticed by me is that Phil is saying he upgraded his partner,” Manning said. “Now, if I’m a certain quarterback down in Tampa, I don’t know how to take that. I know with Charles, he’s trying to create some confidence in his partner, but Charles in that cushy booth [during the last match] ripping on Tom … I see Tom tweeting a little bit during this match, especially if Charles finds a piece of desert or a cactus.

“How he thinks Charles is an upgrade … I’d probably question Phil’s GM skills on an NFL team. Like, the Chargers, they are going to have a high pick in the draft. The idea is to then pick someone who is going to help them improve next year. For Phil to draft Charles, I’d like to know what went into that process, what criteria he was looking for and how he landed on Charles Barkley as his draft choice.”

Brady struggled mightily in the match — aside from this one big moment.

This shot from @TomBrady though 😳 #TheMatch

Woods was in the first two installments of this series. He went head-to-head with Mickelson around this time two years ago in a $9 million, winner-take-all event. Mickelson won that in extra holes when a makeshift par-3 was invented with the help of some flood lights. In May, to help those suffering amid the coronavirus pandemic, Woods paired with Manning against Mickelson and Brady, and proceeds went to COVID-19 relief. But Woods is sitting this one out; he will, however, make a return to action in a little less than a month when he teams with his 11-year-old son, Charlie, at the PNC Championship, a father-son event in Orlando, Florida.

Curry lobbied to be part of this, tweeting during the May edition.

now we cooking! The US Open medal convo got my dying….then Phil bout hits the ball. TB12 waiting for the back 9 like Super Bowl LI…I want in on The Match 3 #TheMatch2

Unlike Barkley, Curry has the game to be here. He boats a +2.1 handicap, according to GHIN (Golf Handicap Information Network). The five scores he posted in November (all at places other than California Golf Club, where he is a member): 72, 73, 75, 69 and 71.

A three-time NBA champion, Curry isn’t concerned about being on a golf course instead of the basketball court. He has twice competed in events on the KornFerry Tour, the circuit below the PGA Tour. He missed the cut both times, but he posted a 1-over 71 in the first round of the 2018 Elle Mae Classic before a bad second-round 86 sent him home.

“That’s the benefit of playing in front of 19,000 people every day,” Curry said. “You can handle the noise and the distractions, even on the golf course. I’m excited to play with Peyton. Point guards and quarterbacks, there are a lot of similarities there in how we see the particular game, the particular hole, particular scenario and being able to react on our feet.”

Last year, Curry announced that he was helping bring golf back to Howard University by funding the men’s and women’s teams. The school had been without golf since the 1970s.

In May, Woods, Manning, Brady and Mickelson played in awful conditions at Medalist, the club to which Woods belongs in Hobe Sound, Florida. A steady, pounding rain made it even harder for a pair of quarterbacks not in their element. Manning, for one, is looking forward to the change in venue at Stone Canyon, which is about 20 miles north of Tucson, Arizona.

“The weather, Phil has promised, will be better this time,” Manning said. “There will not be a monsoon this time in Arizona.”