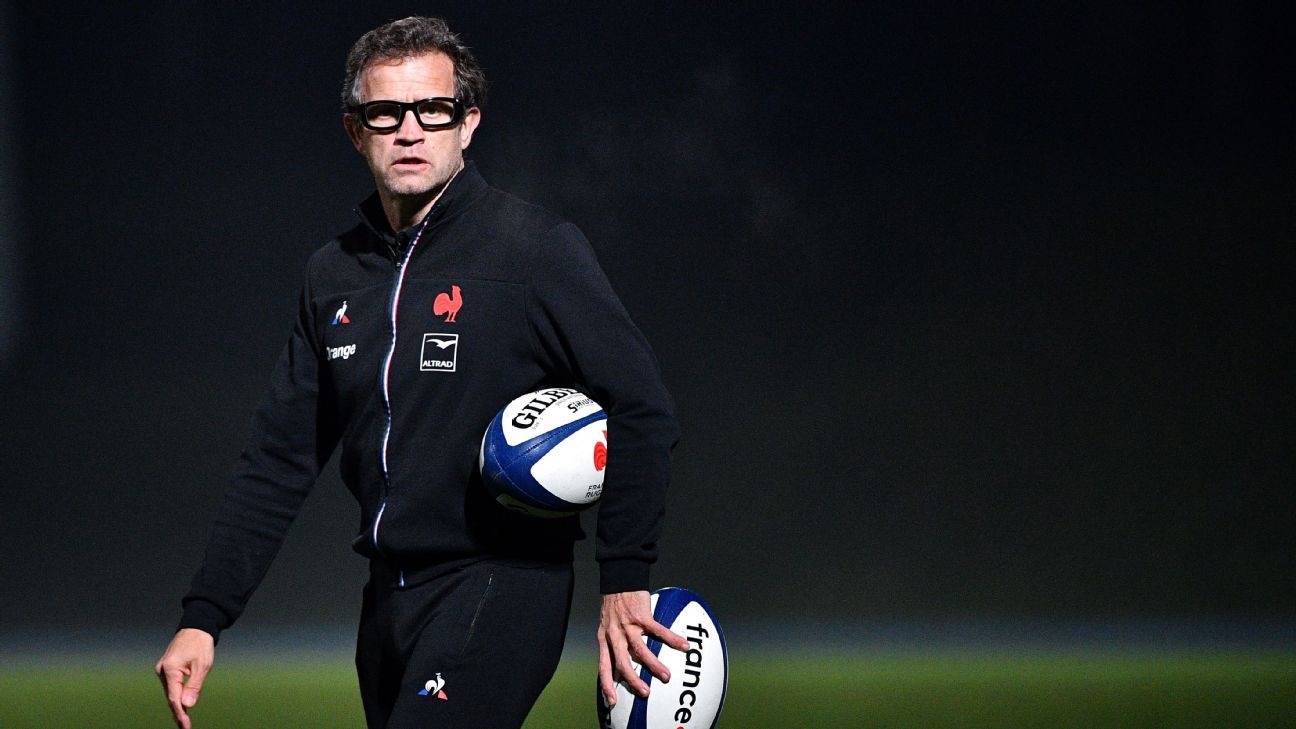 France coach Fabien Galthie has named five debutants in a much-changed XV for their Autumn Nations Cup clash with Italy on Saturday.

With a number of players unavailable for selection due to an agreement between the Federation and the Top 14 — players were only available for three fixtures during this series of internationals — Galthie has made 13 changes from the side that beat Scotland last weekend.

Fly-half Matthieu Jalibert and winger Teddy Thomas are the only players who retain their place in the XV, while first caps have been handed to prop Rodrigue Neti, second rowers Killian Geraci and Baptiste Pesenti, centre Jean-Pascal Barraque and winger Gabin Villiere as Les Bleus look to win their fifth international in a row.

France had a 35-22 victory the last time they faced Italy in the Six Nations back in February, before the COVID-19 enforced shutdown.