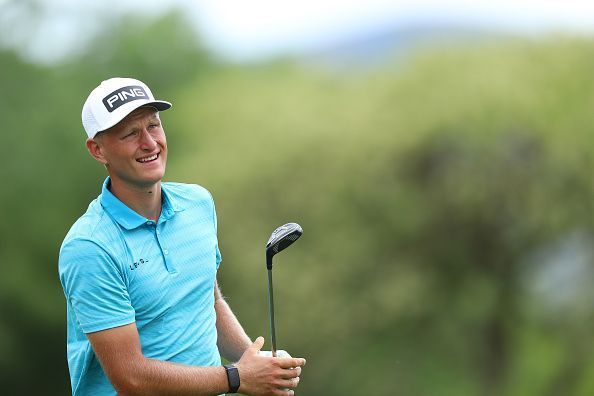 Poland’s Adrian Meronk and Frenchman Robin Roussel hit seven under par 65s to share the lead by one stroke after the first round of the Alfred Dunhill Championship at Leopard Creek Country Club on Thursday.

Roussel hit five successive birdies on the back nine after a slow start, while Meronk had two eagles in his round at the picturesque European Tour event on the border of the Kruger Park.

Scott Jamieson of Scotland, among the last finishing the round, carded four birdies in his last five holes to end the day in third place with a 66.

Veteran Englishman Richard Bland, who has played in more than 400 tournaments in 15 seasons on the Tour, was two shots behind at five-under par. The 47-year-old set off at a blistering pace with six birdies in his first nine holes.