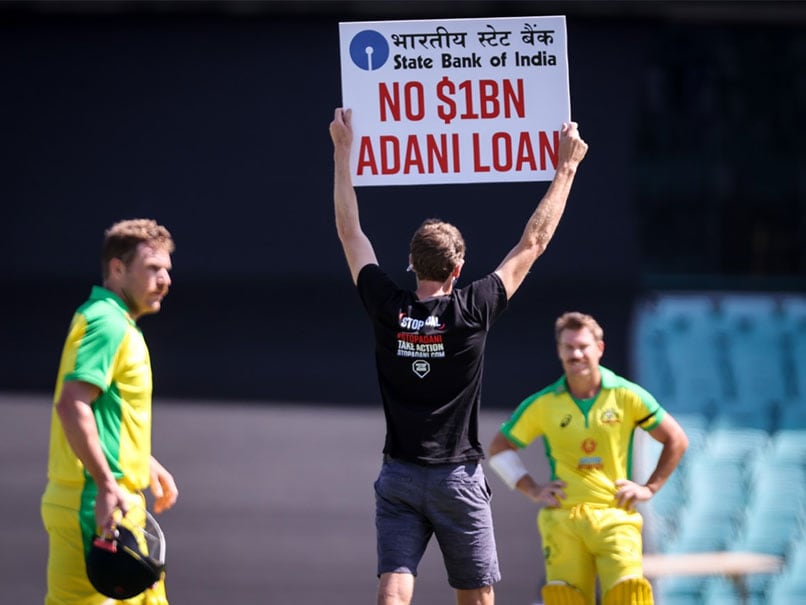 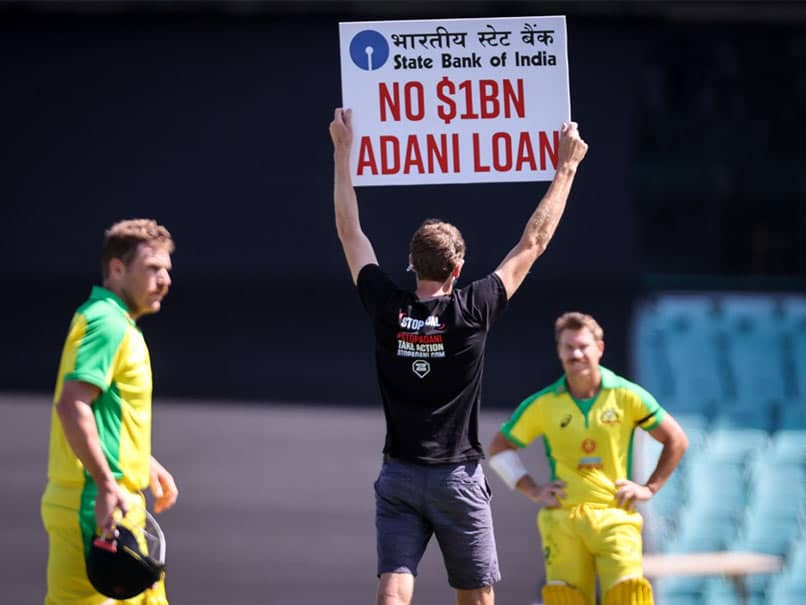 A spectator carrying a placard invaded the ground in the ongoing first ODI between India and Australia.© AFP


A spectator carrying a placard invaded the ground in the ongoing first One Day International (ODI) between India and Australia at the Sydney Cricket Ground (SCG) on Friday. The man holding the placard wandered freely for quite some time, leaving Australian opening batsman David Warner amused at the inability of the security guards. Meanwhile, Australia have got off to a great start after winning the toss and opting to bat first. The team from down under has reached the 150-run mark inside 28 overs after losing a wicket.

Mohammed Shami provided India the breakthrough as Warner was adjudged caught-behind, by the third umpire on review in the 28th over.

Skipper Aaron Finch has become the second-fastest Australian player to smash 5000 runs in ODIs. Finch achieved the feat during the first ODI at SCG.

He reached 5000 runs in the 50 over format in his 126th innings, and with this feat, he has surpassed former Australian cricketer late Dean Jones who had reached the mark in his 128th innings.