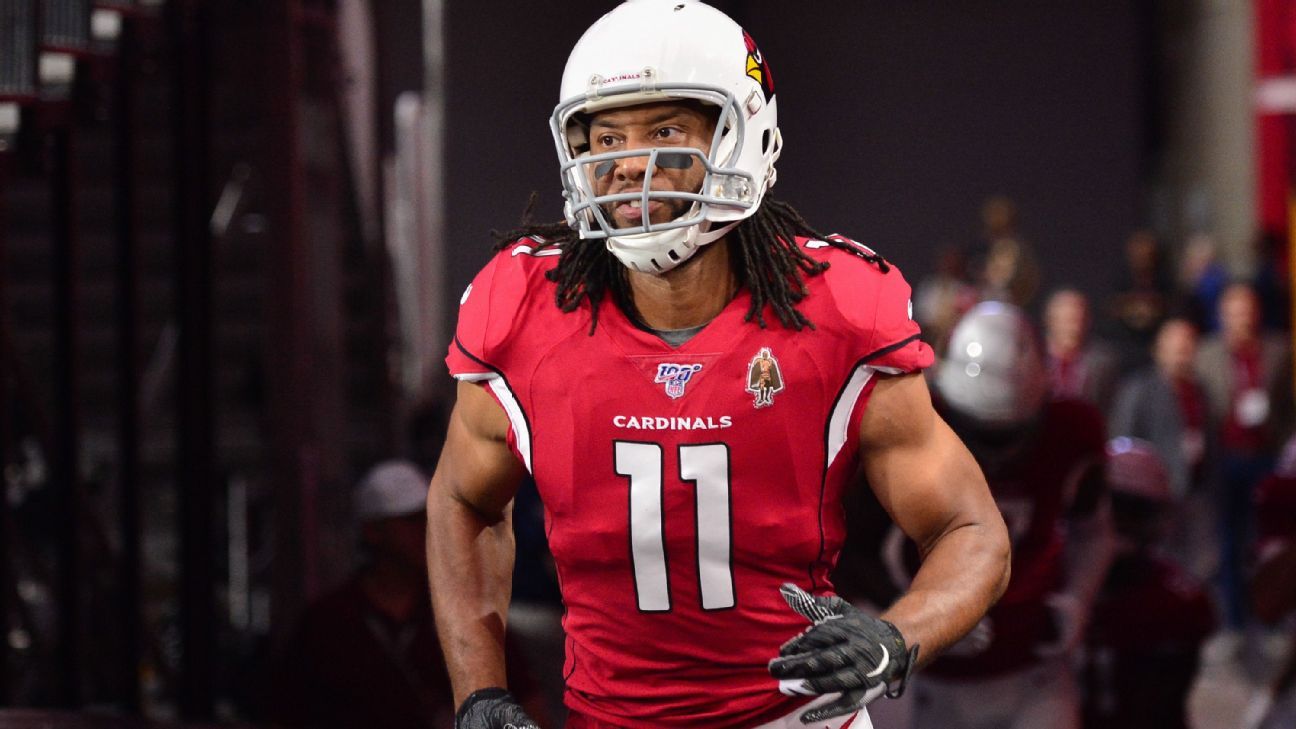 TEMPE, Ariz. — Arizona Cardinals wide receivers Larry Fitzgerald and Trent Sherfield were added to the reserve/COVID-19 list ahead of Sunday’s game at the New England Patriots.

They join safety Deionte Thompson, who was placed on the list earlier this week.

“It appeared that there wasn’t much contact tracing with [Thompson],” coach Kliff Kingsbury said Wednesday. “I think a lot of the timing had to do with it since we had the weekend off and that probably played in our favor. We feel good about where we’re at right now.”

Fitzgerald, who is second on the NFL’s all-time career receptions and receiving yards lists behind Jerry Rice, has 43 catches for 336 yards through 10 games this season.

The Cardinals (6-4) are third in the NFC West and holding onto the seventh and final playoff spot.