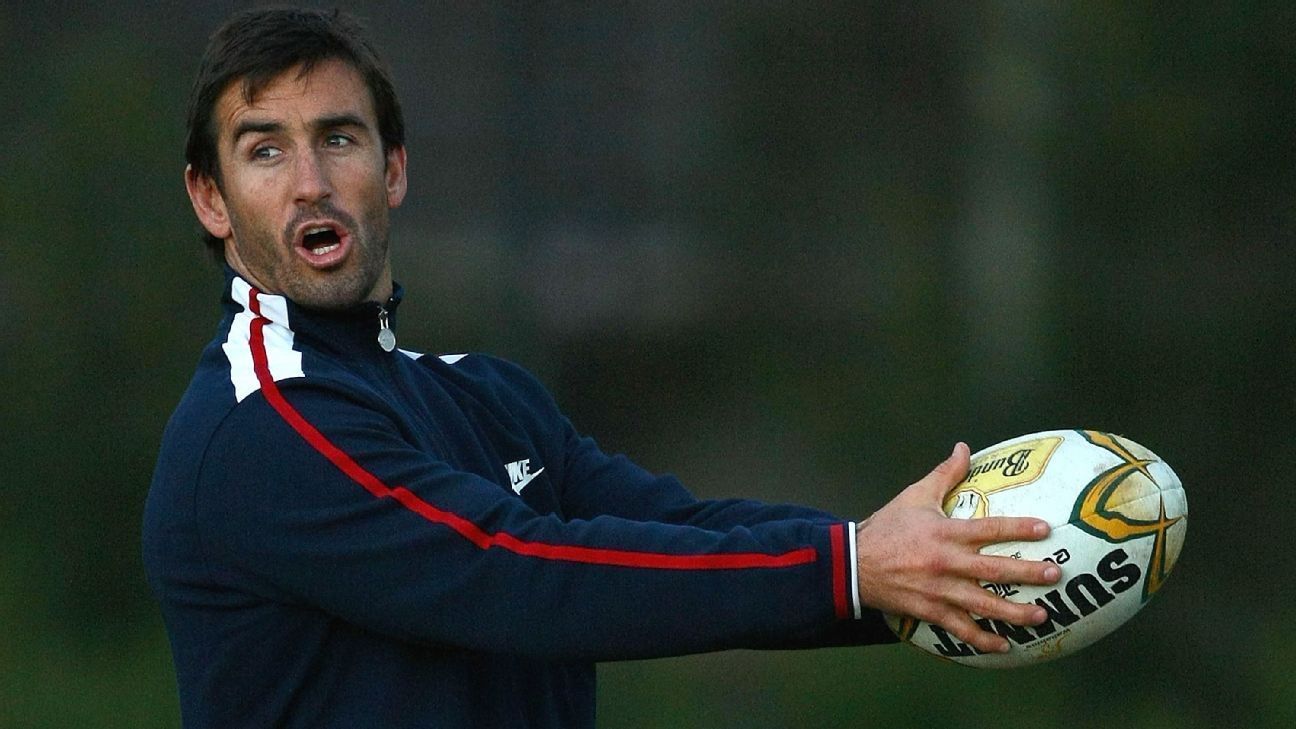 The Wallabies and Pumas have sought advice from some of rugby league’s best, utilizing the services of NRL great Andrew Johns and current NSW Origin star Nathan Cleary respectively on Thursday.

Johns is always in demand across the NRL but has also popped up at Wallabies and England training over the past two decades, the latter at the request of Australian Eddie Jones who is renowned for his willingness to look outside the 15-man game for ways to improve his teams.

Just last week, for instance, Jones admitted winger Jonny May’s try against Ireland last weekend was in part due to a meeting with Liverpool’s director of research Ian Graham.

Back in Australia, Johns was found at Wallabies training in Sydney, halfback Nic White ensuring the rugby league Immortal’s presence would be no secret when he posted a picture to Instagram.

White ran only a short “The 8th” caption to accompany his post in reference to Johns’ place among a select group of Australian rugby league greats.

It is believed Johns worked on some attacking structures with the Wallabies backline at the request of assistant coach Scott Wisemantel, who earlier this week said Australia would not revert to the more negative style of play that has been in the headlines during the troubled Autumn Nations Cup.

But the Wallabies could clearly use some expert advice from Johns themselves, after they were unable to produce the game-breaking try in last week’s 15-all draw with Argentina.

Cleary, meanwhile, could be found at Pumas training on Thursday, as the team continued to prepare for Saturday’s Tri-Nations rematch with the All Blacks in Newcastle.

Soaking up the NRL offseason after Penrith’s grand final defeat and then the NSW State of Origin series loss, Cleary dropped by the Pumas’ training at Leichhardt Oval.

Through a connection with his kicking coach Daryl Halligan, Cleary turned out to give some of the young Pumas some pointers – to the delight of Argentina coach Mario Ledesma, who became a rugby league fan while an assistant coach at the Wallabies and the NSW Waratahs.

Cleary, who received some mid-season advice himself from AFL premiership captain Trent Cotchin, is noted as one of the sharpest boots in the NRL.

“His kicking coach is in New Zealand and he couldn’t come so he offered Nathan to come and give some pointers to the boys,” Ledesma said.

“I thought it was really nice of him to come and give us a hand.

“Being a big rugby league fan I was happy to have him.”